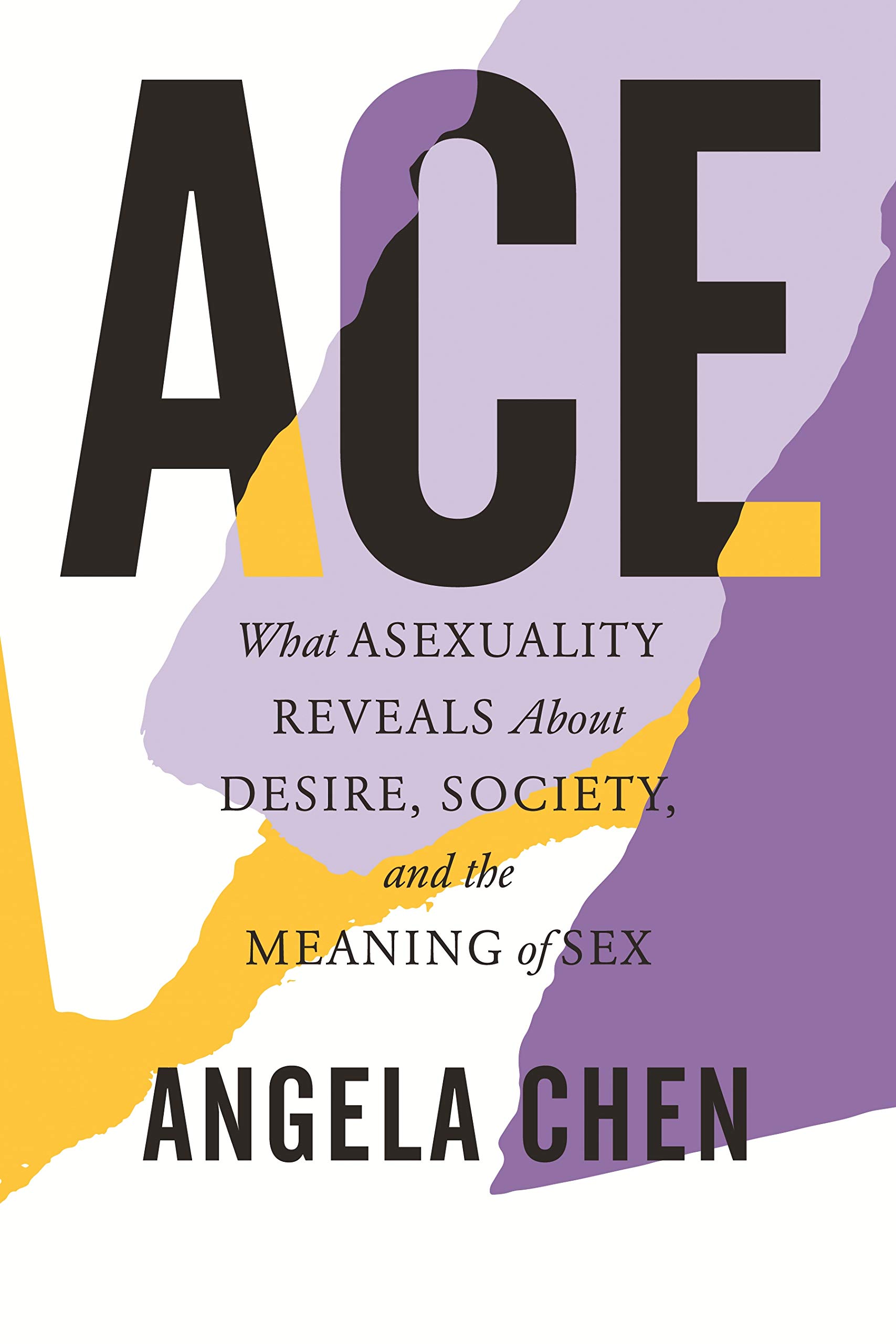 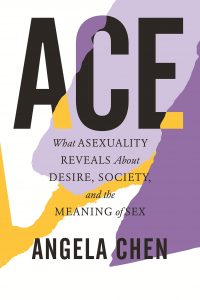 Although societal awareness of queer identities continues to expand, many folks remain misinformed about asexuality. Misconceptions about asexuality, according to Angela Chen, exist due to many factors, including underrepresentation, historical exclusion, and compulsory sexuality or “the belief that lust is universal and to be otherwise is to be abnormal.” Chen cites the DSM 5 (Diagnostic and Statistical Manual of Mental Disorders) for pathologizing low sexual desire, Alfred Kinsey for excluding asexuality from his sexual orientation scale, and Western society for normalizing hegemonic notions of sexuality.

Drawing from interviews, scholarship and personal anecdotes, Chen successfully demystifies asexuality in her debut, Ace: What Asexuality Reveals About Desire, Society, and the Meaning of Sex. From “sex-repulsed” to “sex-indifferent” to “sex-favorable,” asexuality exists on a wide spectrum and the common thread that binds aces together is their lack of sexual attraction. In Ace, Chen welcomes readers to “ace worlds, one in many entry points for understanding” asexuality. With a keen eye for intersectionality, she introduces aces from different ethnic, religious and cultural backgrounds, including those in the kink scene, queerplatonic relationships, as well as aces with disabilities.

Angela Chen is a Chinese American journalist who grew up in Silicon Valley. She first came across the definition of “ace” at age fourteen. Conflating “a person who does not experience sexual attraction” with a person who “hates sex,” she deemed the sexual orientation irrelevant in her life. Although she hadn’t had sex yet, she writes, “The idea held great promise.”

Ten years later, she has returned to the topic with a refined perspective. Knowing the difference between sexual attraction and sexual behavior, she realizes, “It is possible to lack the experience of sexual attraction without being repulsed by sex, just like it is possible to neither physically crave nor be disgusted by a food like crackers but still enjoy eating them as part of a cherished social ritual.” She underscores, “That’s the strange thing about this sexual orientation and all the misconceptions it carries. It is possible to be ace and not realize it… Definitions are not enough; one must plumb deeper.”

Following her own advice, she probes deeper in her text and challenges the idea that “passionate bonds must always have sex at the root” by redefining relationships, romantic or otherwise. To reach a broad audience, she uses pop culture references instead of operationalizing concepts like queerplatonic relationships. Although readers unfamiliar with her citations may have difficulties following her arguments, her examples do not take away the merit of the text. As such, she introduces queerplatonic relationships, using Grey’s Anatomy as an example: “Coworkers Meredith Grey and Cristina Yang were never sexually or romantically involved, but their relationship contained a level of trust and commitment not typically seen between colleagues or even many friends.” Chen proceeds to recall a scene, in which Cristina tells Meredith that she was her emergency contact for an abortion procedure. In a climactic moment, Cristina says, “You’re my person,” a “gender-neutral way of saying ‘soul mate’ or ‘the one I trust most.’”

The concept of queerplatonic relationships originated in the ace community and “is an attempt to develop more precise language to fit the range of roles that people can occupy in our lives.” Precision of language, after all, is at the fore of Ace, a text that offers a nuanced exploration of sexual identities and a celebration of other types of intimacies beyond the confines of compulsory sexuality.