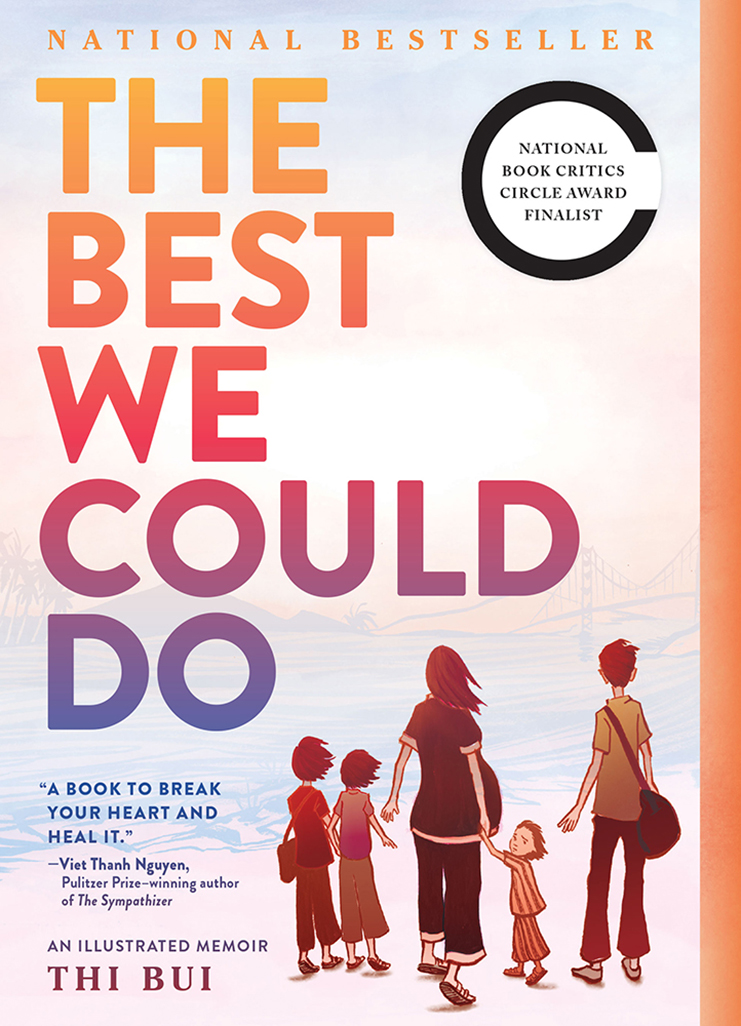 Thi Bui, author of the national bestseller and Eisner Award finalist The Best We Could Do, will be visiting Seattle from Apr. 13-16. She will kick off events at the Seattle Central Library at 7:30 PM on April 13 and end her visit at the Asian Counseling and Referral Service on April 16 (see full schedule at the end of this article.) The IE was able to catch up with her through an email interview to talk about her book, refugees and Vietnamese representation in America.

International Examiner: You were born in 1975 and came here on a boat in 1978. What was it like, growing up as a first-generation Vietnamese American during this time? Would you say that your childhood was a happy one? Did you struggle with identity issues?

Thi Bui: I grew up a little confused about the boat part. Of course, that little river boat didn’t carry us all the way to America. It got us to Malaysia, where we were put into a refugee camp, and my parents had to apply for permission to come to the US as refugees with my mother’s sister sponsoring us. But the identifying label as a boat person was already there, along with the limited and limiting imaginations of Americans as to what a boat person was.

IE: When did you become more aware of yourself as a refugee and start paying more attention to the portrayal of refugee experiences?

TB: When I went to college and had access to ethnic studies and the means to learn more about that history from viewpoints other than mainstream media and textbooks, I became obsessed with either finding or creating fuller representations of refugee experiences. 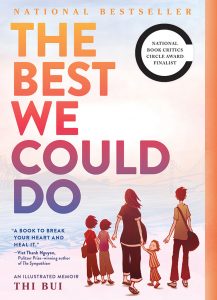 IE: What did you notice about Vietnamese representation and its narratives in the States as you were growing up? What bothered you about it so much that you wanted to tackle the issue with your studies?

TB: The roles for Vietnamese people in American narratives about the Vietnam War are so limited and have a limiting effect on the American imagination. As a Vietnamese woman, you can be a prostitute or perhaps the love interest of a Western man. You can also be a tragic mother. Or a Viet Cong with a cone hat and a rifle. It’s all very two-dimensional.

IE: How did your master’s final project evolve to become The Best We Could Do?

TB: As my life changed from that of a graduate student to a mother and a working professional, and I was rearranging my life so that my aging parents could be more a part of it, I realized that many of my concerns were about the love and conflict between parents and children, and it became The Best We Could Do.

IE: When did you first approach your parents about doing an oral history? From your book, it looks like you had a complicated relationship with your parents. Was it difficult to approach them? What made you decide that they would be the best subjects?

TB: Compared to many parents, mine were easy subjects because they will talk, are very articulate and reflective, and still have their health and memories. Doesn’t everyone have a complicated relationship with their parents? That was part of the point: to honor them without going soft on truth about parents who are survivors, which is that they are often difficult people to grow up with.

IE: You started your book in 2005 and completed the book about 10 years later. What were the things in life or the obstacles you had to overcome that prevented you from finishing it earlier?

TB: I was teaching full time at a public school I helped found in Oakland for recent immigrants and English language learners. My son was very young. [Consequently,] the book was something I did for myself on summer breaks or when I could, but there wasn’t a lot of time or energy. I had [also] not worked in the medium of comics before, so I was teaching myself how to draw comics as I was figuring out the story and continuing to do research.

IE: What inspired you to take on the challenge of founding a school with everything else that was going on in your life? And what made you decide to become an educator? What did you teach?

TB: I taught art and social studies, and later, reading and also media tech. The masters I was getting was in education and teaching was my vocation. I wanted to bring art to outsiders like me in New Yok City because I had felt frustrated and disconnected as an art student – I wanted to make art, but the movements I was supposed to connect my work to had nothing to do with my life experience.

IE: You start off your book with the day you were giving birth. The birth of your son seems central in your decision to get this book made. What changed for you as you tackled this project as a mother?

TB: Empathy for my mother, who went through six labors, is the reason I was able to finally make this book a reality. If I could push a baby out, I could finish a book. And becoming a parent taught me to be humble about what it is we ask of parents, who are, after all, only human. I became a better oral historian, asked better questions – less me-centric questions – after I became a parent myself.

IE: Since its release in 2017, have you been able to see to what capacity your book has been used to educate others about the Vietnamese American/refugee experience?

TB: It’s great to see the normalizing of talking to your immigrant/refugee parents in the young folks I talk to. A lot of universities are picking it up for their Common Book. In some places, it’s the first time a book dealing with Asian American experience has been chosen, and that feels huge.

TB: Vietnamese people left illegally on boats in the ’70s and ’80s just as Syrians did in 2015. People arriving by boat at the U.S. border with Mexico are also fleeing violence and danger. We are all the same. We were as bedraggled then in our most desperate moments, and our photos in the newspapers made us look pathetic and, in some ways, not quite human. And yet we [are] just human. It’s important to remember that when we look at news coverage of refugees and asylum seekers today.

IE: What suggestions do you have for people who would like to help out refugees?

TB: Volunteer at a local school or organization as a tutor. Organize care packages for new arrivals. Support businesses that employ refugees. Call and write Congressional representatives and say you support refugee resettlement in your area. Educate yourself as much as possible on the countries from which they come.