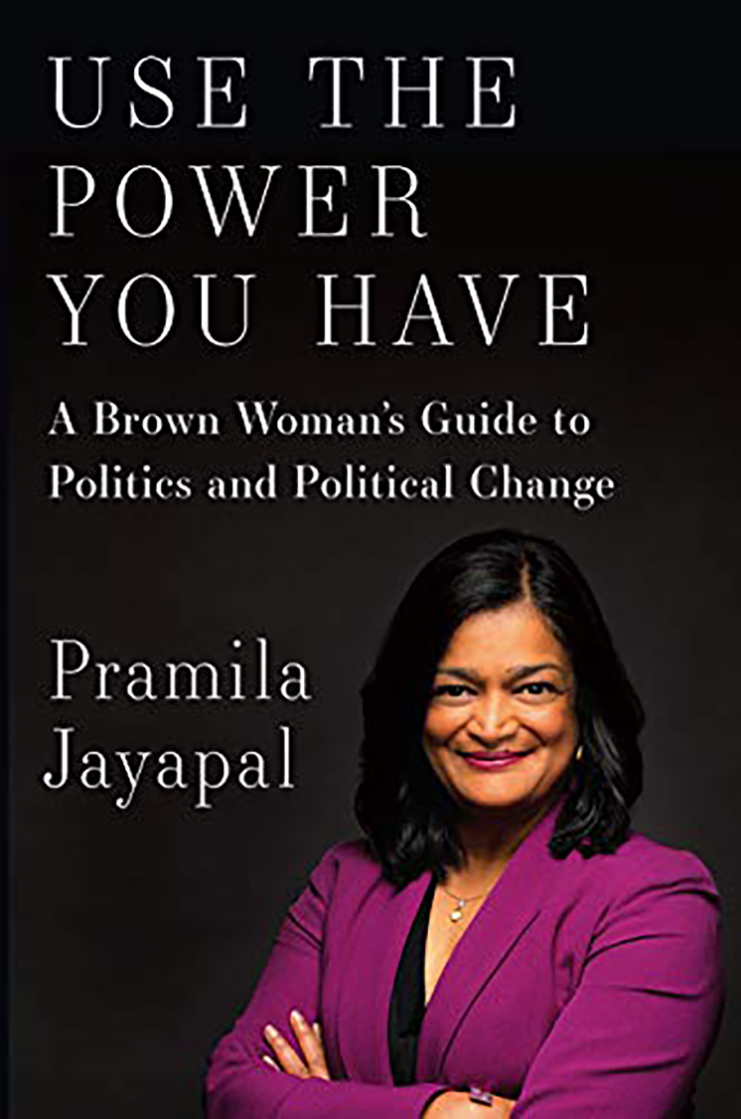 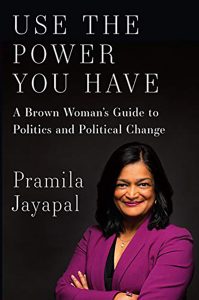 Congresswoman Pramila Jayapal’s recently published book Use the Power You Have is a tour de force, part memoir, part a political manual. The book traces the life story and political trajectory of Jayapal as she, in her own words, “wandered through” various career paths, before becoming the first Indian American woman to be elected as a member of the U.S. Congress.

The book tells the fascinating story of Jayapal who became an U.S. citizen in 2000, but quickly rose from being one of the most prominent activist voices for immigrant rights in Washington to becoming the de facto ‘Godmother’ of the progressive ‘squad’ of newly elected several women of color in Congress.

This is a deeply personal story as Jayapal shares her own memories of personal relationships and activism, acknowledging her own privileges that she leveraged to achieve her social and political goals. At the same time, this book is also an incredibly detailed manual of the political processes of building movements and collaborations with community-based activists, and later with politicians, to win some of the political victories such as the $15 minimum wage and immigrant rights in Washington. The latter half of the book is almost completely devoted to even more complicated politics of Washington DC, as Jayapal navigated through congressional protocols, participating in various committees pushing for progressive immigration and healthcare policies that required both strategic bipartisan alliances and sometimes even challenging well-established leaders within her own Democratic Party.

Throughout the book Jayapal has generously acknowledged various administrative aides, community-based organizations, and other politicians who had helped her forward her political goals. There are times, however, one wishes that she had written more about some of the people-led political movements on issues such as the $15 minimum wage in Seattle that played an instrumental role in making some of the progressive political goals a reality. However, ultimately this is a book about Jayapal’s own political journey, and it highlights the ways in which she could use the power that she had to push forward some of the most progressive political agendas in contemporary U.S. politics.

The first seven chapters are organized under the section titled ‘Politics.’ The first two chapters of the book, titled ‘My Immigrant Story’ and ‘Becoming an American, Becoming an Activist’ are deeply personal accounts of Jayapal’s journey as an international student who experimented with various career alternatives, before becoming a vocal advocate for immigrant rights in Seattle.

In the first chapter, Jayapal fondly recounts her first years in the United States, battling with cold and intense homesickness, as a16-year old whose Indian parents had sent her to America for better educational opportunities. Like many immigrants, Jayapal had also felt the pressure to succeed economically and had initially chosen economics as her major in college. However, very soon she would abandon economics to follow her passion of English literature.

During her college years, she went to Thailand for a three-month internship that brought her in contact with refugee populations along the Thai-Cambodian border, an experience that would go on to shape her immigrant rights advocacy work years later.

Self-described as a wanderer, Jayapal worked first in the investment banking sector, and then as a medical representative for PATH in Seattle. Soon, however, she would earn a two-year fellowship to go back to her birth country India to live and learn from grassroots initiatives of rural development and entrepreneurship. Jayapal also shared her deeply personal stories of marrying her first husband in the U.S., and later giving birth to her child prematurely during her stay in India.

As her severely premature baby struggled to stay alive, Jayapal faced the impossible choice of either leaving her child in India and returning to the United States to maintain her Green Card, or losing her immigration status in U.S. As a mother, she chose to stay back with her child and give up her legal status as a permanent resident in USA. Jayapal would soon regain back her permanent residency, but this experience of almost losing her family left a deep impression on her and shaped her passion for fighting for the rights of immigrant families. This also motivated her finally becoming an U.S. citizen in 2000.

The second chapter tells us the story of her getting involved in grassroots advocacy work with immigrant rights right after 9/11, as more and more immigrant families of color in Seattle started facing discriminations in their daily lives. Jayapal recounts her experience of forming Hate Free Zone, and later working with the City of Seattle to declare the city as being safe for immigrants.

Later Hate Free Zone would evolve into the organization that is today known as, One America. The next two chapters, titled “Why Not Me? Running for Office?” and “State Senate: A Proving Ground”, trace Jayapal’s transition from being an activist to being an elected representative in the Washington state senate.

In these chapters, Jayapal skillfully tells a story of combining her own style of activism that motivated her to pursue greater connection with her voter base, with her evolving pragmatic skills of pursuing policy positions that required strategic alliance building ‘across the aisles’ of the conventional Democrats/Republication divide.

The next three chapters continue in this vein of laying out the procedural details of navigating through the complicated politics of the Congress to push for some of the progressive political positions that Jayapal had been working on since her day in the Washington State Senate. Jayapal is not shy of being critical of some of the most prominent Democratic leaders, including presidential candidates, who had taken drastically opposite views on issues such as Medicare For All.

For readers who are not scholars of politics it is this portion that might appear to be a bit dry. However, Jayapal inserts deeply personal stories that put a human face on her style of politics. Thus, just as she had created waves during the Judicial Committee hearing on LBGTQ rights under the Equality Act in 2019 by sharing her very personal story of raising a non-binary child, her writing on politics also touches upon stories about her own abortion or connection with immigrant mothers that motivated her to soon emerge as one of the most progressive voices in Congress.

While the first part of the book traced her personal and political journey in a chronological manner, the second part – Moral Visions – gives the readers an account of the three main issues that have always remained central to Jayapal’s politics. The chapters on ‘Immigration,’ ‘Medicare for All’ and ‘The Fight for $15 and the Three Supremacies’ focus on these three key issues and remind the readers of her activist past and the ways in which her community-based organizing work continue to inform her style of politics.

Jayapal ends the book with an afterword that seems to address any aspiring new politician or activist, perhaps those who are immigrant women like herself, with a series of advice on courage, openness and political passion. It is this section that reminds the reader what this book is meant to be – it is meant to demystify the complicated politics that dominate policy making in this country and encourage those who want to pursue socially ambitious political reforms.

This book is by no means an easy read, and the intricate procedural details in some of the chapters might be a bit overwhelming for the average reader. But it is definitely a fascinating and an inspiring book to read and to keep on the shelf.