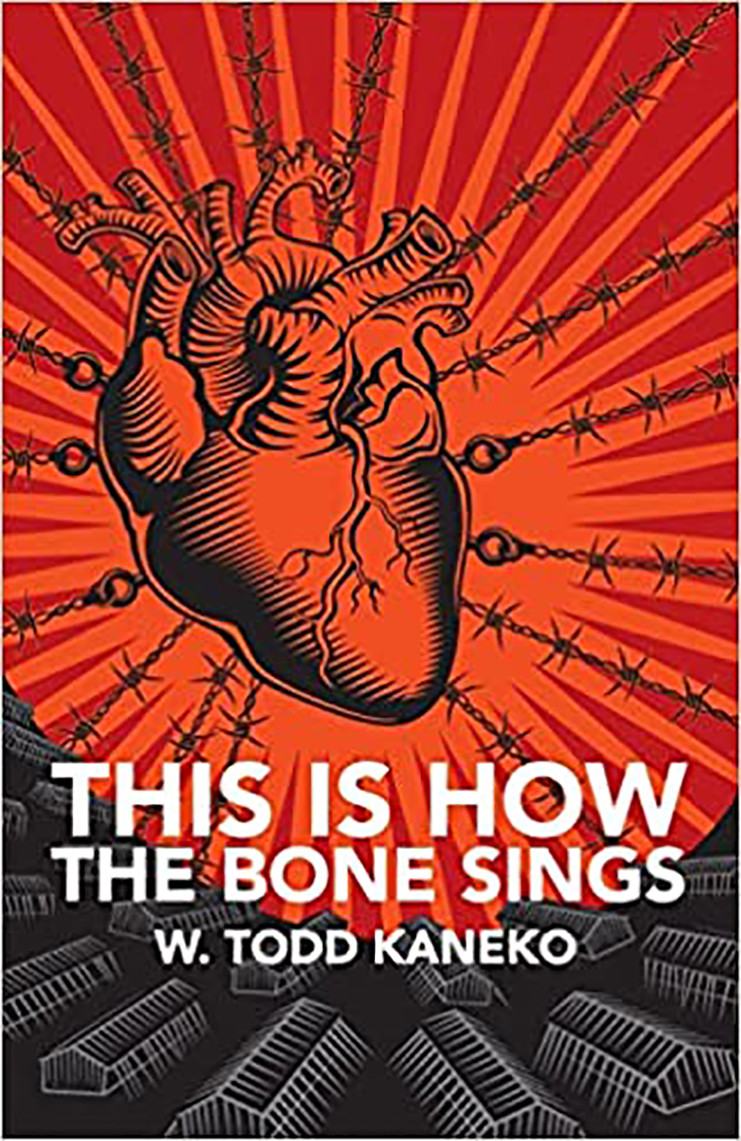 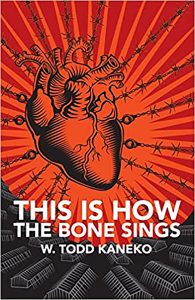 These days, we can fill an entire library with poetry collections built on the trauma of the incarceration of people of Japanese ancestry during World War II. As W. Todd Kaneko writes in the poem “birthright” from his collection This is How the Bone Sings, “Everyone in our house knows/how easy it is to bring back the dead.” This is the birthright or inheritance subsequent generations of Japanese Americans receive from their incarcerated families: a birthright of memory, trauma and legacy. Japanese Americans have been writing about this birthright in poetry for decades, and this inheritance is on display in Kaneko’s collection.

In his poems, Kaneko conjures the voices of his family who were forced into a harrowing existence in Minidoka, one of the incarceration camps that the U.S. Army used to hold its own citizens and legal residents prisoners. It is as if Minidoka is an ember that can’t be snuffed.

The memory, trauma and legacy of Minidoka is the birthright or inheritance passed down from Kaneko’s grandparents and his father, and it is the birthright that Kaneko will pass down to his own child. In the poem “when i ask my son to speak,” Kaneko reveals, “One day, all our mouths will be open, voices/pouring into other voices, cresting at night.”

Each generation pours their pain into the mouths of the next, a legacy that the next generation does not have a choice in accepting or rejecting. And some generations will pour out their voices loudly, rather than what previous generations did. This is what Kaneko does through these poems. He is speaking the birthright of Minidoka. Kaneko is doing something different than what is described in the poem “the ogre’s physique.” Whereas “the ogre” silences the song or memory “in his throat/for decades,” Kaneko speaks it.

It seems like this is a way that Kaneko can prevent the “hereditary decay” he writes of: “only Minidoka, land of woe, a blight/in my body, hereditary decay.” And he fears for his child as he writes in “american hecatomb”: “I don’t yet know/if I want him to recognize his own/carcass back there in the wreckage.”

To demonstrate the deep-seated crevasse that the incarceration created and continues to cull into an entire ethnic group of Americans, Kaneko forms a mythology of the people by melding Japanese folklore with his family’s trauma. Crane wife, Momotaro, witches, and ogres fill his poems. This mythos shows how inseparable the incarceration from the Japanese American culture is. In Kaneko’s poems, ghosts are real, ogres are real, just as incarceration and Minidoka are real.

Kaneko’s This is How the Bone Sings is not a collection of what happened, but what continues to happen and what will happen to future generations, and we should read his inheritance.