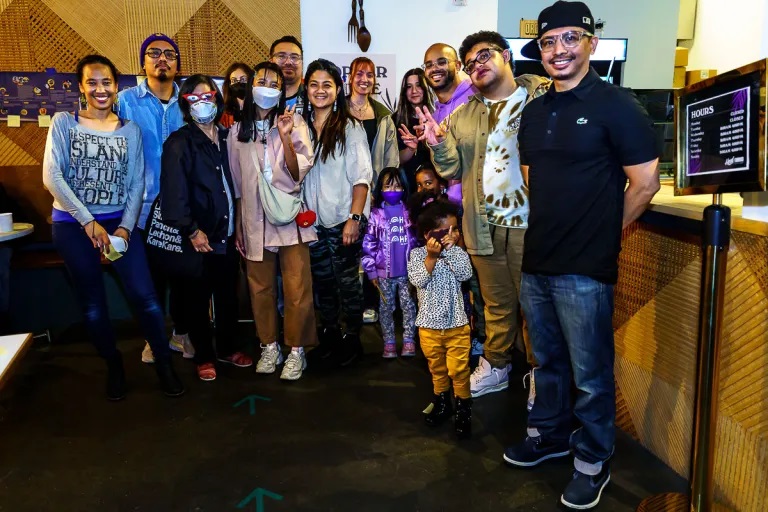 (This article was originally published in the South Seattle Emerald on October 25, 2022, and has been republished under an agreement.)

A watershed 2017 School Board Resolution 2016-17/17, “Supporting Ethnic Studies in Seattle Public Schools,” called for the superintendent to “create a schedule in calendar year 2017 and subsequently implement plans for district-wide integration of ethnic studies into existing and future K–12 curricula, including courses required for graduation.” Five years later, there are two Ethnic Studies classes listed on the SPS website at the high school level, but neither Filipinx U.S. History or Women of Color Comparative Literature and Composition are graduation requirements. Additionally, SPS offers LGBTQ+ studies, Black studies, and Arabic 1 and 2 under a website heading “Hidden Gems.”

In 2019, then SPS Ethnic Studies program manager Tracy Castro-Gill and former Chief of Curriculum, Assessment, and Instruction Kyle Kinoshita were involved in a push to amend board policies in 2015 and 2020 so community-generated curricula would be possible to utilize. The amendment addressed that there was at the time no “process to adopt non-commercially produced materials to fulfill statutory requirements or that are district developed.” The dozens of units Castro-Gill developed with the Ethnic Studies Advisory Group have still not seen the light of day, but this policy change opened the door to locally grown ethnic studies curricula.

Current Ethnic Studies program manager Alekz Wray ushered in a curriculum developed right here in Seattle by the local Filipino community. Speaking to the Emerald a few days before the celebration, Wray said, “It was really important for me to make sure that this class was not a product of SPS. This was a product of the community that has been living this history, because who’s telling the story is super important … This was the Filipino, Filipina, Filipinx American communities’ story to tell, and because the community still has ownership over this curriculum, they’re still able to empower and uplift and keep this as a living curriculum.”

The event in the CID was born out of the culmination of over 50 years of intergenerational community work, according to Dr. Third Andresen, who played a vital role in seeing the program curriculum developed over the past couple years as a professor at UW Seattle.

Over the past 25 years, Dr. Andresen has been involved in various ways with the development of the program. He was approached in 2020 to take on the role of spearheading curriculum development.

In 2020, Dr. Andresen proposed the idea of improving a previous curriculum that had been developed in 1997 called Pinoy Teach as a final project for undergraduate and graduate students taking his courses. He described Pinoy Teach as becoming a bibliography for the whole curriculum. Students added QR codes, YouTube links, and other resources to build out the curriculum during the development process.

“The things we’re looking for are like, let’s make sure this curriculum is not anti-Black. And it’s not settler-colonial, it’s not transphobic, it’s not classist, it’s not ableist,” Dr. Andresen said. “These are things, you know, we’re thinking of: intersectionality.”

After two years, Dr. Andresen undertook a vetting process to check the sources and course material provided by his students. Subsequently, the vetted curriculum was brought back to community members to vet and add to based on their own knowledge and experiences in the local area.

“Sustainability will depend on how well we’re doing with the professional development that we’re providing to teachers,” Dr. Andresen said. “Curriculum is one thing, but if you don’t know how to teach the curriculum, it can harm the students more.”

Several students were in attendance for the event and shared some Filipinx history they’ve learned in the classroom, leading a unified Isang Bagsak clap in honor of the Delano Manongs that organized alongside Mexican farm workers in California during the 1960s. Community members involved with the planning outreach for this course were also in attendance to celebrate, as well as prospective students and family.

“The students have a community event aspect embedded into the class — they get credit for going to community events, giving a little reflection,” Tianna Andresen, Dr. Andresen’s daughter and one of the teachers for the course, said. “It’s really about getting students into the community, and y’all are part of that.”

“It’s really special to be here at this event, especially for Filipino American History Month,” said Jennilee Policarpio, member of the Filipino Community Health Board and National Alliance for Filipino Concerns. “Youth and students really need this perspective of their own history, to further be better citizens in our community.”

“Filipinos are contributors in any community they go to, so this class will be for all of us, by Filipinos,” Wray said. “I’m really excited for students to be able to take this class and to really challenge the master narrative.”

Ari Robin McKenna contributed to the writing of this article.

Ronnie Estoque is a South Seattle-based freelance photographer and videographer. You can keep up with his work by checking out his website.