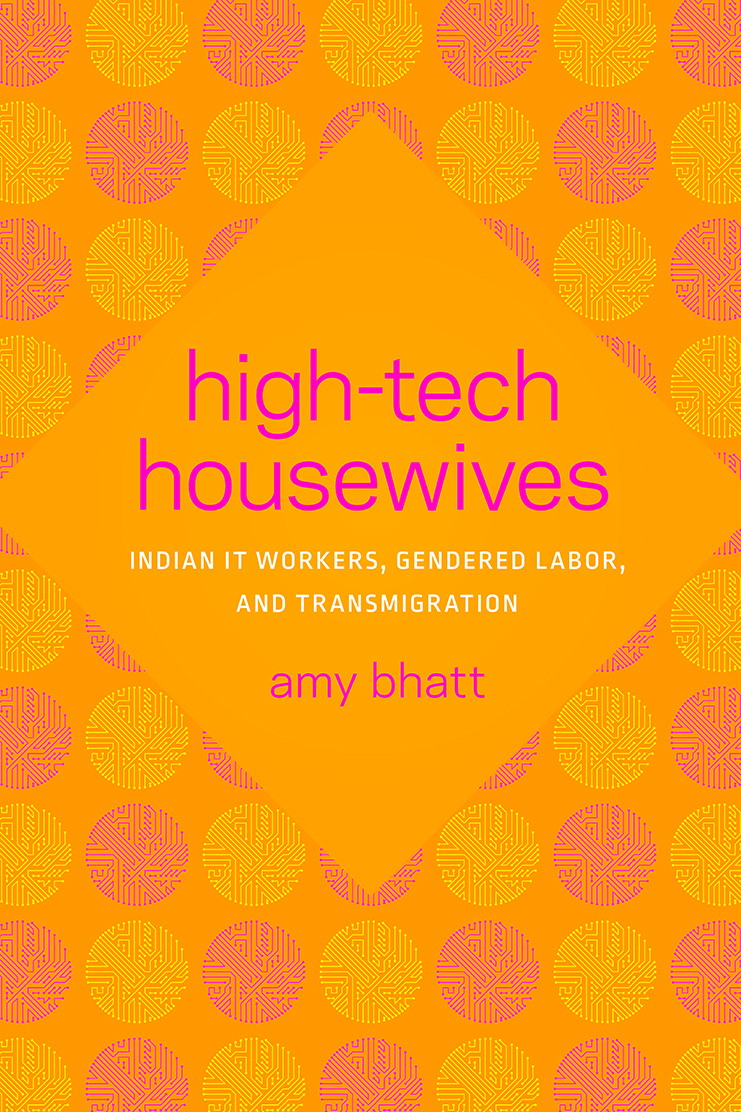 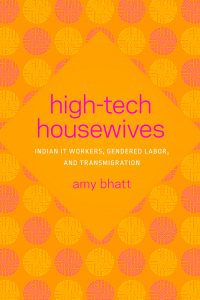 High-tech Housewives by Dr. Amy Bhatt presents an intimate look into the world of IT sector workers from India who live and work in places like Redmond, Bellevue, Kirkland and Seattle in Washington state.

Bhatt’s interest in this unique group of immigrants stemmed from her work with API Chaya – a non-profit organization that provides support to the victims of domestic abuse, forced marriages, and human trafficking in the Pacific Northwest. Through her involvement in the API Chaya community outreach program, Bhatt became aware of the plights of an increasing number of newly immigrant young Indian women who were coming to the PNW on dependent visas, accompanying their husbands who worked in the global tech giants in WA.

A gender studies scholar, Bhatt was interested in understanding how new immigration policies, such as the rise of the H1B (employment-based) and H4 (dependent) visas since the 1990s, as well as the growing importance of technical education in the new Indian economy, shaped the lives of these young women in the Pacific Northwest.

This book also helps us understand the phenomenon of transmigration, as IT sector workers decide to move back and forth between India and the United States at different stages of their lives. The book is based on ethnographic interviews done by Bhatt with many young women who are associated with the IT industry in the greater Seattle area, and in Hyderabad and Bangalore in India.

While there have been many scholarly works done on the dynamics of diasporic families and immigrant experiences, High-tech Housewives distinguishes itself by focusing almost exclusively on young men and women, most of them in their 20’s and 30’s. It analyzes the ways in which traditional gender roles are both emphasized and challenged by young couples, as they negotiate between their obligations toward paid work and family life in U.S.

It is also quintessentially an American story. The domestic lives of the young Indians that Bhatt writes about are shaped as much as by the needs of the U.S. capitalist system, U.S. immigration policies that determines who can and cannot work, and the great American Dream of prosperity, as it is about South Asian cultural norms regarding gender relationships. Bhatt herself comes from an Indian-American family in New Jersey. And yet, she said, this group of Indians is surprisingly different from the East Coast working class Indian diaspora she was more familiar with.

The tech-sector workers and their families were distinct from earlier-generation Indian immigrants both in their affluence and as well as their continuing interest in electoral politics in India. Bhatt noted that despite their common roots in India, the young H1B/H4 visa holders also found it difficult to relate to the older generation of more settled Indian-Americans here in the Northwest, mostly because the older generation is unable to understand the tremendous amount of insecurities these young families feel around their liminal status as employment-dependent non-immigrants. At the same time, these new Indians arriving here in the region are overall highly educated and often come from a place of relative privilege in their homeland. The book highlights the calculated decisions many of these young families make to ensure their own financial stability and maintain connections with both U.S. and India.

The title of the book suggests that the book is specially invested in analyzing the lifeworlds of young Indian women who immigrate to the U.S. to either accompany their IT-sector worker spouses, or, less commonly, as IT sector workers themselves. In most cases, the wives of H1B visa holders live in the U.S. as H4 visa holders. Most H4 visa holders are barred from paid employment in the U.S. Bhatt paints a nuanced picture of the lives of these H4 housewives, who negotiate their lives as domestic partners of [often newly wedded] husbands in a foreign land. The non-immigrant visa statuses, along with the increasing hurdles of getting a Green Card or Permanent Residencies due to very long processual backlogs, add to the feeling of precarity that colors the lives of these ‘housewives.’

Based on ethnographic data collected from several immigrant Indian women in King County, Bhatt paints a vivid picture of the sense of frustration felt by many as they are relegated mostly to their homes in a land far away from home.

This sense of frustration is doubly felt in cases of many educated women from India who had to abandon their own careers to join their husbands as dependents in this country. Bhatt reflects that in many cases, the IT sector itself is dependent on such domestication of women, as that leaves the H1B visa holders able to devote all time almost completely to their work, leaving domestic work and family and childcare work for the women.

At the same time, Bhatt writes about the ways in which these young women and men exercise agency to negotiate with interpersonal family dynamics, career options, and immigration policies to best enhance their personal opportunities. She portrays the careful timing of one’s marriage, child-births, and movements between India and the U.S. that many families plan to ensure their economic futures in both the countries.

What distinguishes this book from other books on diasporic studies is its focus on transmigration patterns, whereby young families move back and forth between the United States and India. Such decision to move between the two continents is often shaped by a growing frustration regarding U.S. immigration policies and familial decisions regarding child-rearing and/or pursuing career options for both the partners in a marriage. However, a transition to the homeland is not easy. Bhatt provides a fascinating account of the lives of U.S.-returnees in India, many of whom face reverse culture shock when they return to India, after having spent a decade abroad. The book describes the ways in which the returnees often live in gated communities with similar other ex-NRIs (Non-resident Indians), and work in similar IT sector jobs, or even in the Indian branches of the same US-based companies such as Microsoft. A return to the homeland allows some Indian women to invest in their own careers, or work on acquiring new skills, as their domestic work is relegated to domestic workers.

In many cases, however, obligations towards one’s family, greater work pressure for the IT sector workers in India, and overall patriarchal nature of the Indian society further continues the domestication of the ‘high-tech’ housewife returnees. The book also provides a glimpse of the lives and rationale of families who decide to return to U.S., after a period of trying to live in India as returnees.

In many sense, High-tech Housewives presents an interesting account of what it means to live in an era marked by increased international movements of highly skilled workers. This world is by no means a borderless one, but one whereby skilled workers feel both trapped by visa restrictions and learn to negotiate intimate partnerships and reproductive strategies to ensure some control over their economic futures.