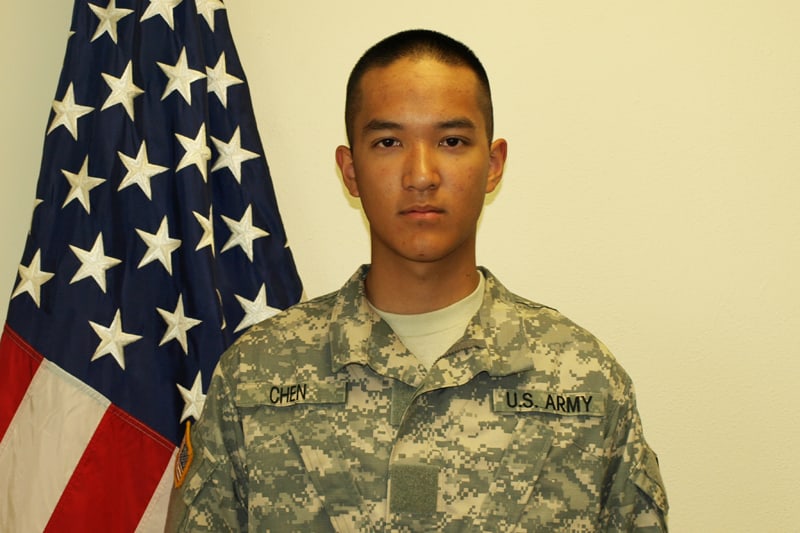 A new American story is being told, and unfortunately, this story has no happy ending.

Danny Chen served in the U.S. Army, and was found dead of a gunshot wound in a guard tower in Kandahar Province, Afghanistan, on October 3, 2011.

He had experienced verbal and physical assaults based on his Chinese ethnicity for several weeks before his death. Although the U.S. Army initially charged eight other soldiers in Chen’s death, it has not publicly explained the complete circumstances surrounding these events.

The incomplete nature of the official version of this story has led to a new artistic version of Chen’s last days. Composer Huang Ruo and writer David Henry Hwang have partnered to create a new opera entitled An American Soldier.

“I read about the story of Pvt. Danny Chen several years ago when it broke out,” Huang said. “When the Washington National Opera commissioned me to create a new opera that can tell an American story, I approached my dear friend David Henry Hwang. It was David who suggested the possibility of making Danny’s story into an opera.”

Huang and Hwang already had a strong history of working together.

“When I received the opera commission from the Washington National Opera, I was working with David on his play The Dance and the Railroad, which I created music for,” Huang said. “We had such a great time working together, so we decided to create a new opera together.”

For Huang, the experience has been positive. “Working with David has been a fantastic experience,” he said. “He is not only a very excellent and experienced librettist, but also is very flexible about my thoughts and inputs as well. So it has been a very blessed journey.”

In addition to this creative partnership, Huang has found the project itself to be satisfying. “Opera is a very unique genre, which can not only tell a story, but also emphasize drama and emotion through music,” Huang said. “Our opera is not only about what happened to Danny in Afghanistan, but also is about the unbreakable love-bound between Danny and his mother.”

While Huang feels that opera is the perfect medium for Chen’s story, the creative process has not been without challenges. “The biggest challenge is that this is a very current event addressing a current problem of our society,” Huang said. “Our solution is simple, write an opera as best as we can with our honest hearts and purest artistic creation.”

An American Soldier was created in collaboration with the American Opera Initiative.

“The American Opera Initiative has been very supportive to both David and me, and to our project, and is the driving and producing force behind it,” Huang said.

The hour-long opera received its premiere at Washington National Opera at the Kennedy Center in Washington, D.C., but there are no current plans to tour the production to the Pacific Northwest.

“Definitely it is our hope to bring An American Solider to Seattle or to Washington state, where more audiences from the West coasts can see it,” Huang said.

He adds: “Danny’s story should be told and heard, questions should be asked, and hopefully answers will be provided.”

Huang Ruo’s Dr. Sun Yat-sen recently made its American debut with a libretto by Hong Kong-born playwright Candace Mui-ngam Chong at Santa Fe Opera. The opera is a dramatization of the turbulent times leading up to the birth of the Chinese republic and the life of the doctor-turned-revolutionary who became its first president. Conducting the orchestra is Carolyn Kuan who worked with Seattle Symphony and Pacific NW Ballet in the past. Visit santafeopera.org for details. Huang’s latest project is Bound for the Houston Grand Opera, a true story that concerns a Vietnamese immigrant high school student who was jailed for truancy when the multiple jobs she did to support her family impeded her attendance.