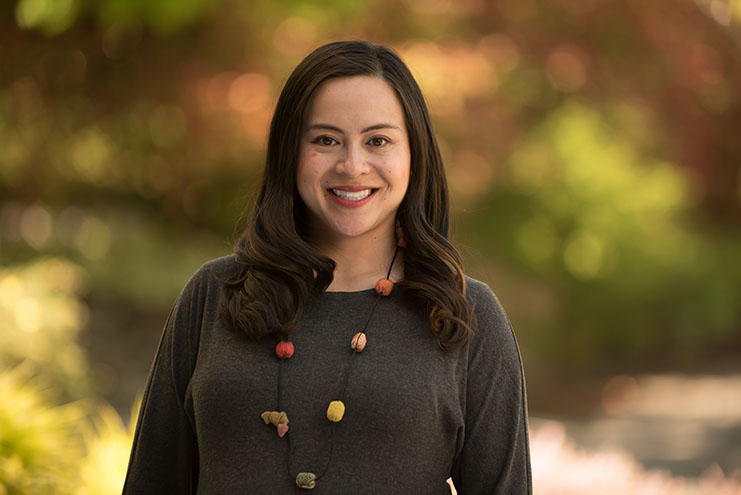 Ami Nguyen’s parents never wanted her to get involved in politics. They are Vietnamese refugees with family still back in Vietnam. In college, an API group Nguyen was involved with was making plans to go to the communist country to promote democracy.

Her parents said, “absolutely not,” fearing for the safety of their daughter and their Vietnamese family, who don’t have the Constitutional rights we might take for granted. The family already knew what political retaliation was like — her uncle had been forced into a Communist re-education camp after the war.

“It just made it more real to me what fear they’re experiencing,” Nguyen said. “Even though I was born and raised here, I have the privilege of not fearing that. On behalf of my extended family, we do still fear.”

Yet, Nguyen’s lived experience as the daughter of refugees hasn’t kept her away from politics. It’s driven her to make life better for people like her family. That’s why she’s running for Seattle City Council, District 3, which includes Montlake, Capitol Hill, the Central District, Yesler Terrace, North Beacon Hill and Little Saigon.

She is one of six candidates challenging incumbent Kshama Sawant.

Nguyen’s parents fled Vietnam at the end of the war and lived in a refugee camp in Hong Kong. The family lost her older sister, who died of malnutrition, before coming to Minnesota and then Sacramento, California, where Nguyen was born.

Nguyen grew up in a poor neighborhood, and her family relied on government assistance. She translated for her parents at school conferences and, along with her siblings, filled out the necessary paperwork to keep a roof over their heads and food on the table.

She was drawn to public service when she saw the inequities around her. In high school, she played sports and saw how many more resources the rich schools across town had. She went on to college at Stanford and was introduced to a whole new world of privilege. People had careers, hobbies and opportunities she had never even heard of.

After law school, Nguyen worked for five years as a public defender and a tenants’ rights attorney in the Los Angeles area. When she found herself priced out, she took a job at the King County Public Defender’s Office and moved to Seattle in 2016.

At the time, Seattle was a more affordable alternative to Los Angeles. But in the 2-1/2 years she’s lived here, the cost of living has skyrocketed. As a public defender, Nguyen represents the homeless and the mentally ill. She’s witnessed first-hand how the systems in our rapidly changing city are leaving many far behind.

“It’s very frustrating working under laws that are supposed to help people but end up really limiting their options or hurting them,” Nguyen said. “Working with my clients reminds me all the time of the troubles we went through growing up. I come home and I’m just so frustrated, and I ask myself, ‘why are people in places of power not doing something about this?’

“Some people are good at saying things, but I was seeing what we lacked in the City Council is someone who worked on the ground, has been part of the struggle… My job is to speak to people who are homeless, struggling with mental health and addiction. That’s important knowledge to bring to the City Council, not just as a consultant but as someone who has the power to make policies to help those people.”

Nguyen’s campaign message is centered on bringing people together, just as she did as a child translating for her parents and just as she does now as an attorney.

She says she wouldn’t be running if it weren’t for democracy vouchers. The taxpayer-funded program gives voters four $25 vouchers to give to the candidate of their choice, allowing more people to be part of the electoral process.

In a political system where money is king, it has given Nguyen the chance to compete. She doesn’t have a Rolodex of wealthy donors, but she does have a story that resonates with everyday people and a community that’s backing her up, many of whom have never been asked to donate before.

A June 12 Seattle Times story showed Nguyen’s outreach around democracy vouchers. In the story, she went door to door with a Vietnamese American woman eager to see someone like her on City Council. She carried blank replacement vouchers written in Vietnamese.

A refugee had read about Nguyen in a Vietnamese language newspaper and invited her to come to his building that day. It was a counterpoint to her parents’ aversion to politics, showing her another side of the Vietnamese American experience.

“I want the Asian American community to be understood as a political force – that we should not be ignored by local or national politicians,” Nguyen said.

The strategy is working. The Seattle Times article reported that she had raised $71,450 in democracy vouchers and redeemed $57,100 so far. In a field of six, she is currently third in fundraising.

Nguyen has picked up some key endorsements in the community and among important political constituencies. In late June, she gained the endorsements of the Seattle Education Association, the union SEIU Local 925 and the King County Democrats.

Community leader Frank Irigon said of Nguyen, “Ami is the real deal. She’s more into results than rhetoric. She has no dogma that divides us. And will focus on her District’s issues and concerns that has long been neglected at City Hall.”

This is Nguyen’s first time running for office. She was part of the first class of Emerge Washington, the training program for women. Now that she’s a candidate, the most important lesson she’s learned is to always remember why you’re running. Use it as your guiding light when it just seems too hard or when people tell you that you can’t do it.

For Nguyen, it’s not hard to come back to the reason for running. It’s rooted in her experience as a middle-class Seattle resident, a renter, an attorney trying to protect our vulnerable citizens and a daughter of refugees:

“I’m not doing this for political power or for some long-term political goal. I’m doing this because I want to stay here, I want other people to be able to stay here. We could continue spending all this money and have people continue to hit dead ends. I don’t want that. I hate it when I see a client come back. We have to just keep going. Just keep on fighting.”