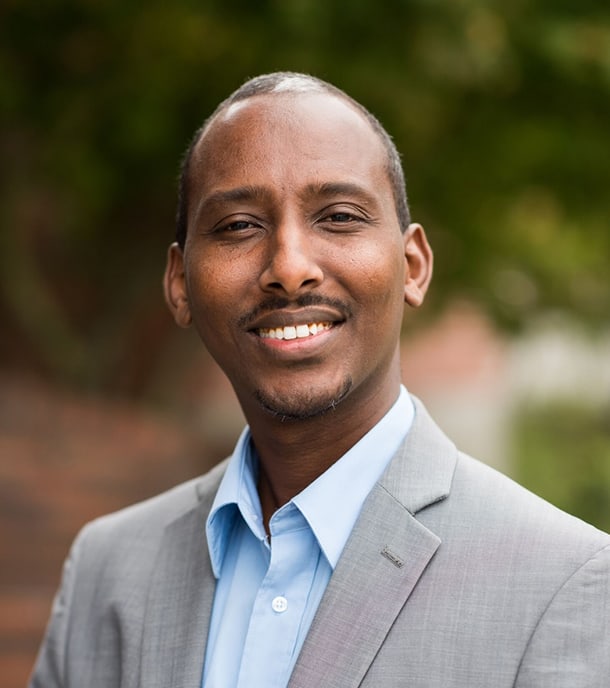 Ahmed Abdi is running for Position 3 on the Port of Seattle Commission, against incumbent Stephanie Bowman. It’s his first political race. A refugee from Somalia, Abdi worked on the campaign to bring the $15 minimum wage to SeaTac. He works as Outreach Manager at the Fair Work Center and is on the board of the Seattle Housing Authority. The International Examiner conducted a Q&A with Abdi over email.

International Examiner: This is your first time running for office – why did you choose to run for Port Commissioner?

Ahmed Abdi: I first interacted with the Port Commission while working as an organizer for Working Washington on SeaTac’s $15 minimum wage. I was surprised and disappointed to encounter a group of people who seemed uninterested in the rights of low-wage workers. Port Commissioners opposed what we were campaigning so hard for, doing everything they could to take away fair wages, family leave, and other protections from airport workers. I wanted to run for Port Commissioner to help make the Port work for low-income families, not against them.

IE: What are some important things you think people need to understand about the Port of Seattle?

AA: It’s important to understand what a huge interest big business have in maintaining the status quo at the Port of Seattle. For example, my opponent’s campaign has received thousands of dollars from Alaska Airlines, Delta Airlines, shipping companies, and their CEOs. They know that if I’m elected as Port Commissioner, I will push the Port to stop allowing them to underpay their workers and harm our environment.

IE: What do you consider the key issues at the Port of Seattle, and how would you bring about change to them?

AA: Two key issues I see at the Port are workers’ rights and environmental protections. The most important way to generate progress on both fronts will be to encourage and respond to constituent voices. For me, this means creating an enforcement committee to make sure employers in SeaTac, especially at the airport, are following the new laws. It means convening community meetings for projects like the Duwamish River cleanup so that environmental justice organizations, community members, and small businesses can have a say in the process.

IE: How would you work to fight the longstanding issue of corruption in the Port?

AA: On a large scale, changing this pattern means changing the Port’s leadership– which is why I’m running. More specifically, as Port Commissioner I will work on establishing systems that ensure the timely, accurate, and consistent release of the Port’s financial and operations information.

IE: How do you see the Port impacting marginalized communities in Seattle, including low income people and communities of color?

AA: It’s easy to underestimate the effects of the Port’s decisions on the daily lives of everyone in King County. The Port Commission has a say in who gets hired at the airport and Port of Seattle properties; what rights those employees have; and the environmental standards Seattle will hold big corporations to. People who are affected by these decisions are disproportionately low-income, people of color, and immigrants, whether they are port workers or families who live near port properties. After years of experience organizing for labor rights and because of my own identities, I am in a unique position to bring an understanding of their needs to the Port.

IE: You’ve been attending a lot of Asian Pacific Islander (API) community events and reaching out to community leaders. What’s an example of something that you’ve learned about the community in your outreach?

AA: The most important issues that I have heard from API community leaders are; the high rate of unemployment particularly those who live in the South end and lack of opportunities among the API community which is common to all community of color, and I believe that needs to change. We need to have policies that give priority to people of color that the Port needs to adopt and I will make sure that happens.