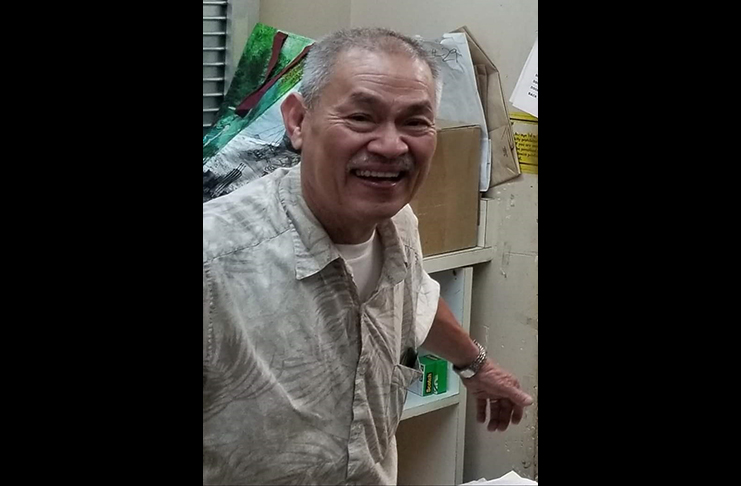 The fire started at a kitchen stove around 3 am August 14, said Ludi’s owner Gregorio Rosas, and spread to the ducts, causing around $30,000 worth of damage to the restaurant.

After the fire, Ludi’s offered a limited menu, but the Fire Department would not allow Ludi’s to re-open fully until the damage was fixed. With no way to cook favorite menu items like ube pancakes, Rosas decided to close. The restaurant’s 17-year lease was set to end at the end of August anyway. Ludi’s announced in April that it was facing closure; the building owner planned to make structural improvements to the building and didn’t want a restaurant in the space.

Rosas is looking for another affordable location for Ludi’s in downtown Seattle, to continue offering affordable, homestyle cooking, but none has materialized. For years, his landlord kept rent low, never rising above $3,000 dollars per month. Rosas estimates he could run Ludi’s while paying $6,000 per month, but most available retail locations he found downtown wanted between $10,000 and $14,000 thousand dollars per month. Rosas didn’t want to raise the prices for breakfast.

“I’d love to get another spot, but I’ve been meeting and talking and somehow it doesn’t seem like there’s a great chance of finding another affordable situation,” Rosas said. Still, he’s staying hopeful, and said now that the restaurant is closed, he’ll have more time to look for a new place. “If there’s hope there’s a way, if there’s a way there’s hope,” Rosas said.

For now, the chairs, tables, pots and pans at Ludi’s are donated to the Union Gospel Mission.

Rosas put up a sign thanking customers for their love and support. Many were sad. When Ludi’s first announced it would close in April, there was an uptick in business, with people pouring in on the weekends.

When they heard about the fire, some customers brought in donuts. People told him they’d follow Ludi’s wherever it goes. A customer brought him coffee, another Thai food. A homeless kid brought him a sandwich, thanking Rosas for often letting them use Ludi’s bathroom.

For Rosas, the outpouring of love from customers is a sign that his kindness and friendliness are the right way to run a business. “That’s the best thing that keeps me going, that keeps me always looking toward a better tomorrow,” he said.

Rosas feels sad about the closure, and if he has to retire, it won’t be his first choice. People have asked him how he’s still upbeat and happy after the closure. He tells them, “All my life I’ve had a good 90 percent happy life, so what’s the big deal about 10 percent sadness?”

The years of running Ludi’s – even working seven days a week, ten hours a day, with kids who think he’s a workaholic – were full of contentment and satisfaction. “I just need my mind and my heart to be occupied with the things that I love to do. And that’s worth more than money,” he said. “There’s always an end to good or bad things.”

Whether rich or poor, privileged or suffering from addiction, all kinds of people came to Ludi’s because the restaurant welcomes anyone, Rosas said.

Rosas will be recognized by the Seattle City Council, and has received honors and awards over the years. But he doesn’t think they’re necessary to be a kind person.

Recently, Rosas ran into a young man, who gave him a hug. The man remembered when he was 17 and homeless, he went to Ludi’s with only five dollars, but ended up with a 12-dollar bill. He paid the five dollars, and Rosas accepted, admiring him for his honesty. Now in his 20s and no longer homeless, the young man was grateful to Rosas for not calling the police. Now they’re friends on Facebook, “all because of Ludi’s restaurant,” Rosas said with a laugh. “Good happy, friendly relationships. That’s what Ludi’s brought to my life. Not just profit, but good human connection.”

Ludi’s Restaurant, downtown mecca for Filipino and homestyle diner food, will close its doors in August