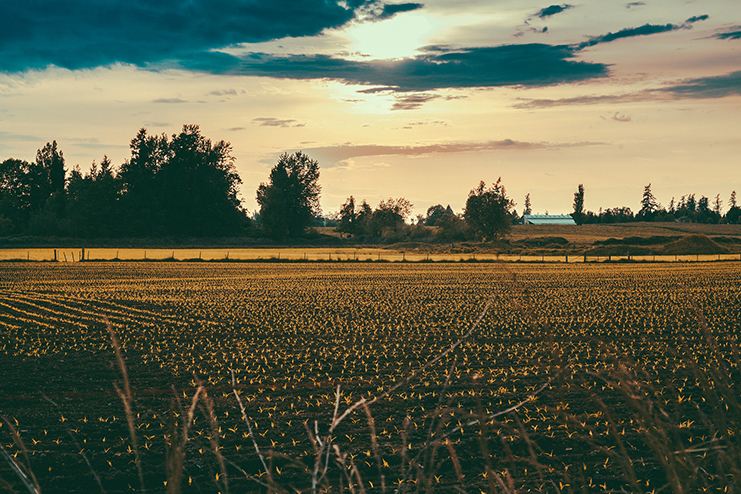 Read the word “human trafficking” and one might conjure images of young girls being coerced into sex work and prostitution. But forced labor – another form of slavery – comes in a variety of forms not limited to sexual exploitation. The United Nations defines human trafficking as “the recruitment, transportation, transfer, harboring or receipt of persons, by means of the threat or use of force or other forms of coercion.” Forced labor and services, resembling servitude and slavery, are also human trafficking scenarios. They are common, but are often hard to pin-point where human rights abuses are overt and hard to decipher.

Indira Trejo, a labor union organizer and advocate, used to work for The United Farmworkers Union. She says that too often consumers and citizens do not realize that agricultural workers who help bring produce and meat to the table are in forced labor situations.

What does that actually mean? Trejo says many of the cases she saw had a pattern of deception, where workers went unpaid six or eight months after they had been promised payment. If workers decided to leave and find another job, companies would complicate matters by threatening to withhold payment or assistance to family abroad thereby leaving workers no option but to continue to work under exploitative conditions.

When Trejo and others at the farm workers union realized that there was a need to combat forced labor in the agricultural field, they struggled to find a way to address the problem. There is a certain psychology, Trejo says, where people find it easier to help victims of prostitution and sex trafficking. The image of young women and girls can more easily elicit sympathy. But with agricultural workers – like those on temporary H-2A visas – the demographic is largely made up of immigrant men. Political hostility toward immigrants also makes it hard to bring awareness to just how much immigrant laborers are exploited.

It took a while for Trejo and her team to realize that the calls they were getting from farmworkers described symptoms of forced labor. Sometimes the complaints were that there were too many people in one room. Other times, workers said they were being given spoiled food. When Trejo received these calls, she thought back to her education at the University of Washington, where she first began to learn about forced labor and recognized a pattern of deception of human rights abuses.

She worked on educating her team because finding legal counsel that had the specific expertise to take on forced labor cases was extremely hard. The team faced other challenges as well; contacting authorities and legal support would take substantial funds and resources that they did not have. Reaching out to authorities felt discouraging. “That is not their priority. That is not part of their agenda, especially not for farmworkers,” said Trejo.

Trejo says the exploitation of immigrants in this way isn’t particular to the U.S. “You go to Mexico, and its immigrants from South Mexico, Guatemala, and these are going to be people who are coming from other places because the local people don’t want to be doing those jobs,” she said. Meanwhile, in the U.S., lawmakers are hesitant to take responsibility and acknowledge that forced labor is rampant in the country.

Earlier this year, Trejo helped draft legislation for Senate Bill 5693, which calls for more transparency in agricultural supply chains. Trejo says that when bills such as SB 5693 are introduced, lawmakers and companies are quick to play defense from being “accused of slavery”. But in fact, many people in our political and economic system are accountable for forced labor exploitation.

Communication mishaps between employers, middle parties and farmworkers are often to blame for the abuses that take place. But communication mishaps don’t pardon farmers, employers, and corporations from being uninformed about their own supply chain’s practices. “We need to make sure not only the consumer, but the retailer takes responsibility of what is coming through their supply chain. If you are not aware and alert of that then you cannot keep people accountable,” Trejo said.

Senate Bill 5693 states that any retailer in Washington state grossing over two hundred million dollars a year, must disclose any actions taken with suppliers to evaluate the risk of forced labor and human trafficking. In other words, large retailers like Whole Foods and Safeway have to disclose forced labor abuses and efforts to mitigate those abuses.

Trejo doesn’t know what it will take to change society and truly eradicate labor abuses, but she says forced labor situations happen in all industries the world over. She cites a cultural striving to work hard to survive, and that ethic is easily exploited. “It’s hard-working people that do not recognize that they are in a [exploitative] situation. I think people need to be aware,” she said.

Trejo no longer works with the farmer’s union, but she sees it as her lifelong goal to humanize the workers who make everything from our morning coffee to the clothes we wear. At the core of addressing the human rights abuses faced by farmworkers and other is awareness: “I think the movement really has a responsibility to educate. I take that very personally.”