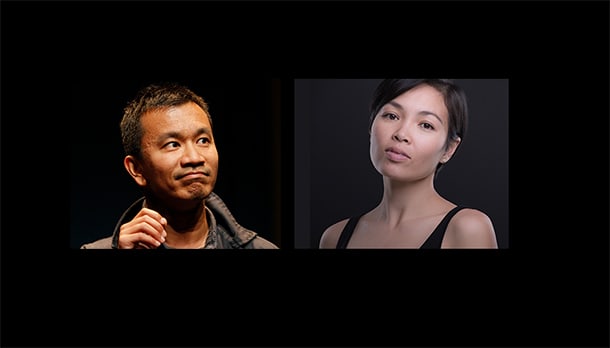 In 2016, Seattle’s ACT (A Contemporary Theatre) launched its Core Company of actors, in which a small group of actors would be invited to work and grow over a full season at ACT. Now in its second year, ACT’s Core Company for 2017 includes actors Khanh Doan and Ray Tagavilla.

As developed by ACT Artistic Director John Langs, the Core Company asks its members to not only perform in ACT’s shows, but also to serve as representatives of ACT. “We will be ‘ambassadors’ of ACT for the audience, donors, and community,” said Doan. “I think John really wants donors and audience members to get to know us.”

Tagavilla sees this unique role as a learning opportunity. “Being an ambassador for ACT is something I’ve never done in any shape or form,” he said. “Learning how a theater operates from a financial point of view will hopefully enlighten my understanding of how shows and actors are chosen, and of theater programs in general.”

Doan agrees. “For most of us in the Core Company, the question of how to make theatre more accessible to varied audiences and communities is an important issue for the viability of any theatre today,” she said.

Outreach is a large part of the role of the Core Company. “We are invited to attend functions and opening nights where we can interact with people,” Doan said. “We will be doing curtain speeches for each of the shows.”

Tagavilla reports that the Osher audience was very engaged. “It was a group of adults, 55-plus whose main goal was trying new things,” he said. “They asked us questions about what ACT was about, and who we were, and what our process was as actors—like theater warms-ups in which they participated!”

Doan found this experience rewarding. “Many of the participants had seen each of us on stage at one time or another, and they were also wonderfully open to playing silly theatre games, which can be intimidating if you’ve never been a performer,” she said. “We all had a great time.”

Yet, Core Company membership isn’t all fun and games. “A recent death of a loved one really made me question my trajectory, especially considering the difficulties for an actor of color to find consistent professional work in Seattle,” Doan said. “And just when I was questioning if I want to continue or if I want to cut back, John invited me to be a Core Company Member.”

The decision was difficult for Doan. “After much thought, I felt that this was an opportunity that I have a responsibility to embrace,” she said. “What attracted me to joining is having a voice and possible impact on the choices that John makes as an artistic director of one of the major theatres in our town.”

Tagavilla agrees that the role requires serious consideration. “Since the Core Company is still new, we’re still trying to figure out exactly what ACT requires of us and how much of our time is needed outside of core company meetings,” he said.

But it’s within the company meetings that Doan has found this venture rewarding. “After our first company meeting, John impressed upon us his desire for the company to be a place of honesty, mentorship and nurturing for each of us,” Doan said. “As much as theatre is about empathy and community, the business of it can be isolating and competitive. As Core Company Members, we are sharing and learning from each other in an intimate and open collaboration over an entire year.“

Tagavilla finds these company meetings as productive as they are supportive. “We have play readings where we look at scripts they’re looking at for their next season, and we read them aloud to get a sense of how they feel and if they’re appropriate,” he said. “I’m always interested in working with new people but also working with people I respect.”

Doan agrees. “Actors are usually the last to the table, after decisions on scripts and designs have already been made a year before,” she said. “To potentially influence what stories will be told is a huge privilege.”

Beyond providing feedback to the ACT leadership team, the Core Company was inspired to explore theatrical practices beyond acting. “Some members expressed an interest in writing, and we were all excited about encouraging them and possibly reading some of their work together,” Doan said. “Others are curious about the directorial side of the business, and John said we can sit in on rehearsals any time.”

Tagavilla also appreciates the backstage production access. “Learning how a theater operates behind the scenes and getting to see run-throughs of shows that are prepping for opening is always exciting,” he said.

Both most of all, Doan and Tagavilla especially appreciate the opportunity for teamwork. “Having a group of people you can come to for advice and camaraderie in this business is invaluable,” Doan said. “It’s a unique opportunity for which I am very grateful.”