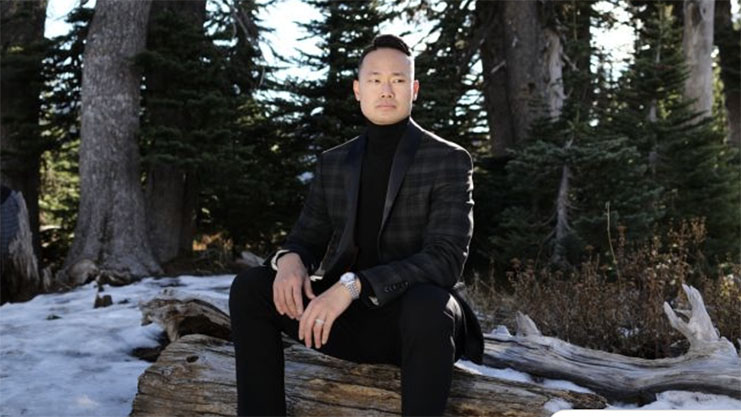 In the context of the ongoing surge in anti-Asian sentiment, the murder of a Chinese and Vietamese man in Bothell prompts Asian American and Pacific Islander advocacy groups to form the Justice for John Huynh coalition to stand in solidarity with the victim’s family. The coalition will hold related events May 14, 15 and 16.

On April 25, 25-year old college senior Ian Williams flipped off 29-year old John Huynh outside of a Bothell apartment building. This led to a brief verbal exchange between the two strangers that was partially caught on surveillance footage. In less than a minute, an interaction that witnesses described as “relatively calm” turned fatal.

Williams stabbed Huynh in the heart in front of his new wife. Williams fled to his apartment where he allegedly told his mother he had been attacked by an “anti-masker.”

Huynh died at the scene.

King County Prosecuting attorney charged Williams with second degree murder. He is being held on a $2 million bail.

According to Connie So, President of OCA Asian Pacific Advocates Greater Seattle, the victim’s sister contacted her organization concerned that Huynh “may have been the victim of a violent hate crime and was attacked based on the color of his skin.”

On May 6, the Justice for John Huynh coalition demanded the murder charge be enhanced with a hate crime specification in a meeting with the King County Prosecuting Attorney’s Office and Huynh’s East Coast family.

“While many details remain unknown, what is known is that attacks and hate crimes against AAPIs is on the rise, and we cannot rule out bias as a factor in this crime,” So said. “We ask that the investigators look upon this death with a careful eye toward hate as a motivating factor.’”

Asian advocacy groups have been organizing around this issue for months. AAPI Against Hate has held over 60 corner rallies since their March 13 debut at Hing Hay Park.

“…right now with the information that has been referred to us from Bothell Police (the investigating agency) we don’t have evidence to prove a hate crime beyond a reasonable doubt,” said Casey McNerthney, director of communications at the King County Prosecuting Attorney’s Office, in an email. “If we had evidence of a hate crime, we would charge that crime.”

Holdip was not charged with a hate crime despite the victim’s belief that she was targeted because of her nationality. She reports that the attacker deliberately went around her boyfriend to strike her face with a heavy object in a sock.

The murder of Huynh is being investigated for “all possible motives,” according to Cam Johnson, the Bothell Police public information officer.

Many marginalized communities have a strained relationship with police. Recently, Asian American and Pacific Islander folks and their allies were outraged when a Cherokee County (Georgia) Sheriff’s Office official seemed to dismiss the murder of Asian women in the Atlanta area by saying the suspect was “having a bad day.” While that case was not initially ruled a hate crime, as of Tuesday reports, the prosecutor will pursue hate crime charges and the death penalty for the 22-year old, white shooter.

Johnson says there are hundreds of windows with a view of the crime scene which means hundreds of potential witnesses. Many of these witnesses could only offer “fragments” of the story.

“You have to talk to all the potential witnesses and people with useful information,” Johnson said. “Nothing is being ruled out.”

She does not have a projected timeline for this investigation.

The second-degree murder charge against Williams is subject to change if evidence surfaces that would meet the requirements for a hate crime in Washington state. Despite community efforts to advocate for a change to the charge, according to John Yasutake, a board member at OCA Asian Pacific Advocates Greater Seattle with a background at the Department of Justice’s Community Relations Service as a Conciliation Specialist, the burden of proof is on the state.

“There’s a very strong feeling in the community that this was a hate motivated crime,” Yasutake said, noting the heightened tensions due to anti-Asian sentiment. “That expectation gets put on law enforcement… but there has to be evidence of racial impetus.”

Yasutake was clear that the rulings will be decided by the state and not by the community pressure he calls part of “the human condition.”

If the murder is proved a hate crime, McNerthney says it would not affect the current sentencing: 147-244 months (roughly 12 to 20 years) if convicted as charged because of deadly weapons enhancement.