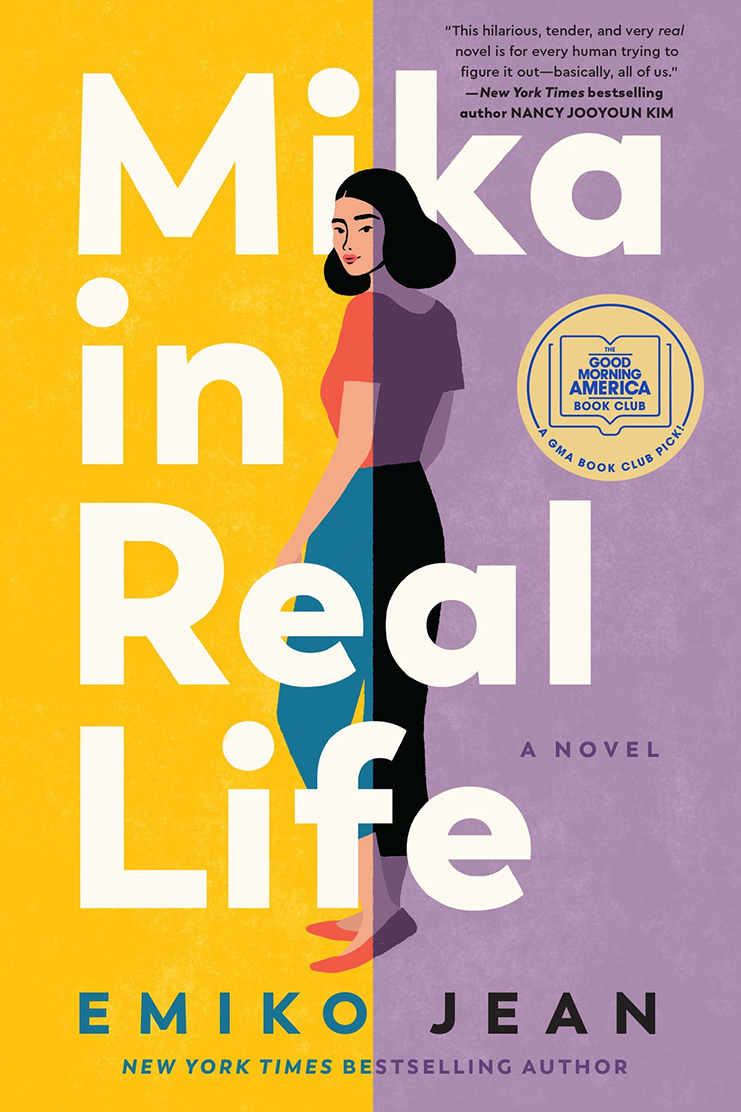 To start, life doesn’t seem fair to thirty-five-year-old Mika Suzuki. Emiko Jean introduces us to Mika just as she is being fired from her dead-end job, and that is only one of many grievances for our protagonist. She and her last romantic partner ended things in a dumpster fire and her relationship with her parents are less than desirable. She lives with her long-time friend Hana, and it seems like her luck is running out. Then, one phone call from an unknown number changed everything for Mika and it is her long-lost daughter Penny, who is looking for her birth mother. Sixteen-years prior to this unexpected phone call, Mika had given up a baby girl for adoption. She wants to be someone her daughter can be proud of, but how much pretending can become harmful?

Emiko Jean brings us along on a wonderful story about family and forming connections with others. Penny is an impressionable sixteen-year-old who is looking for her birth mother to understand her roots. She wants to know where she came from being a Half-Japanese young girl after being raised by two white parents. She never really seemed to fit right, and Mika was up for the job. Except, there is a flaw in Mika’s plan. She starts her relationship with Penny with a little white lie and that lie gets bigger as the story progresses. It is only a matter of time where Mika’s deception will catch up with her. This might cause the relationship she so desperately wants to have with Penny to crumble.

Mika is clearly not very proud of who and where she is in life, and given the circumstance, I don’t blame her. However, Penny believes every lie her biological mother tells her and it’s all a façade. Mika is perfectly imperfect because she sees Penny as an opportunity to have the life she never got to experience since she had given Penny up for adoption. Not only the lie will become an obstacle for Mika, but Penny’s adopted father Thomas isn’t so keen on this reunion. Even he must warm up to Mika.

I love how Jean writes relationships especially the one revolving around Penny and her father. Thomas will do anything for his little girl and that melts my heart every time, but even he isn’t perfect. Every character, besides Mika, are heavily flawed in their own ways, but that’s what makes them feel real.

Jean does an excellent job on drawing out what each character wants. Mika pretends to be someone she is not because she wants to be loved and appreciated by Penny. Penny wants to understand where she came from because even though she had two wonderful parents to raise her, she never really got to fit in. Even Thomas wants the best for his daughter, so he lets her fly across the country to visit her birth mother even if it is against his better judgment.

This story gives us a glimpse of what it takes to be a parent, especially a parent of a teenager who is on the edge of her childhood leaning into adulthood. It is a heartwarming novel about motherhood and finding ways back to each other, no matter how rough the road is that leads there. Through persistence and forgiveness, there is hope that Mika’s life has changed for the better given the opportunity of reuniting with her daughter.