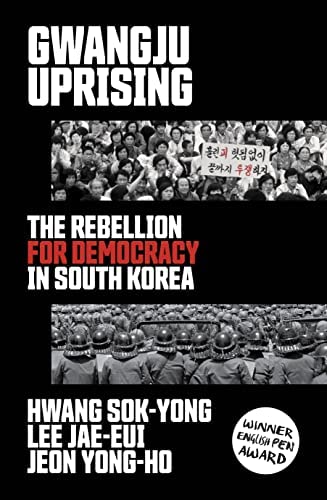 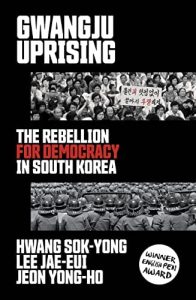 There have been only a few times that I remember hearing about Korean politics in American media. The most recent was the North Korean missile crisis of 2017-2018 where all my friends made jokes in the chat like, “I hope North Korea blows us up before that Spanish quiz today” or “I’ll try and come over if North Korea doesn’t blow us up first.” It wasn’t an unreasonable fear to assume that North Korea would target Seattle if they wanted to nuke a semi-major U.S city, but it was not probable given the potential intricacies of starting a nuclear war with one of the global powerhouses.

The earliest mention of Korean politics that I remember was in 2013, when Park Geun-hye was elected. I remember watching a news report with my momma, not understanding what everyone was upset about.

“Yes,” my momma said, “But she’s the daughter of one of the presidents.”

That confused me. Of course, I was ten years old, but we had learned about the three branches of government the previous year and I understood that democratic election was key to becoming president, even if I did not (like most adult Americans) understand the intricacies of the election in America.  “How can she be the daughter of the last president? That doesn’t make any sense.”

“She’s not the daughter of last president, but her father was a president.”

That didn’t really clear anything up, but Momma didn’t elaborate further, so I didn’t ask. I remember losing interest fairly quickly and going off to do something else.

Now, nearly 10 years later, I finally understand why people were upset about Park Geun-hye. Her father, Park Chung-hee, had run the country for 18 years before he was assassinated in 1979. Gwangju Uprising sets the stage by beginning with the assassination of Park Chung-hee, which occurred about six months prior to the Gwangju Uprising. What follows this event is a bloody, violent affair that ultimately led to the democratization of the Korean government and the ability of the people to elect their own leaders.

The book follows the Gwangju Uprising from beginning to end, the blunt prose often painting a more brutal picture of the violence than any long-winded description. And the violence was inescapable. Every single interaction that the citizens of Gwangju would have with the military ended in a beating, a shootout, or violent retaliation. Even before the citizens armed themselves later days in the uprising, they were faced with preemptively violent responses from the troops that had been deployed in the city.

Despite the intimidation tactics employed by the government paratroopers throughout the uprising, the text demonstrated the people of Gwangju’s unbreakable spirit. The book highlighted small acts of community as triumphs even in conjunction with larger actions by protestors, and so the violence seemed tempered by the strength of the community.

It is hard to review a book like Gwangju Uprising because the text is historical. It’s not a story in the sense that it is written for enjoyment. This book was written out of necessity, and it shows. The prose is rather dry (although I’m not sure if that’s a translation issue) and I sometimes found myself struggling to get through portions of the book. There weren’t a fixed set of characters and names were often given once and never brought up again. When it came to understanding what was where, I was usually very lost. I don’t have a working knowledge of the layout of Gwangju and so I oftentimes had to look up a map so I could orient myself to key buildings or the movements of the resistance. There were a few maps of Gwangju scattered throughout the book but only to demonstrate important military maneuvers. The text is packed with as many names, places, and numbers that it can fit. And as I said before, that makes sense.

This book is in many ways, a historical artifact. This current copy of Gwangju Uprising is a revised version of a book originally published in 1985: Beyond Death, Beyond the Darkness of the Age—just 5 years after the uprising took place. It was put together by several writers, some of whom were present during the Gwangju Uprising. They collected stories from citizens, pulled up military records that the government wish had stayed there, and published it all with the knowledge that they could face retaliation for writing this book. This book has faced slander over the years, even recently: during the Park Geun-hye administration (remember her?) this text came under attack as the administration attempted to “distort the truths of the Gwangju Uprising” (Gwangju Uprising, Publication Committee’s Introduction).

The story of the Gwangju Uprising is preserved in this book, as overwhelming as it may be. But it is a history that deserves to be recorded and it deserved to be shared. So, while I found the prose dry, and often got confused about who was where and when, it was worth it to push through the end, even if only to honor the people and citizens who risked their lives to bring this story to the public.