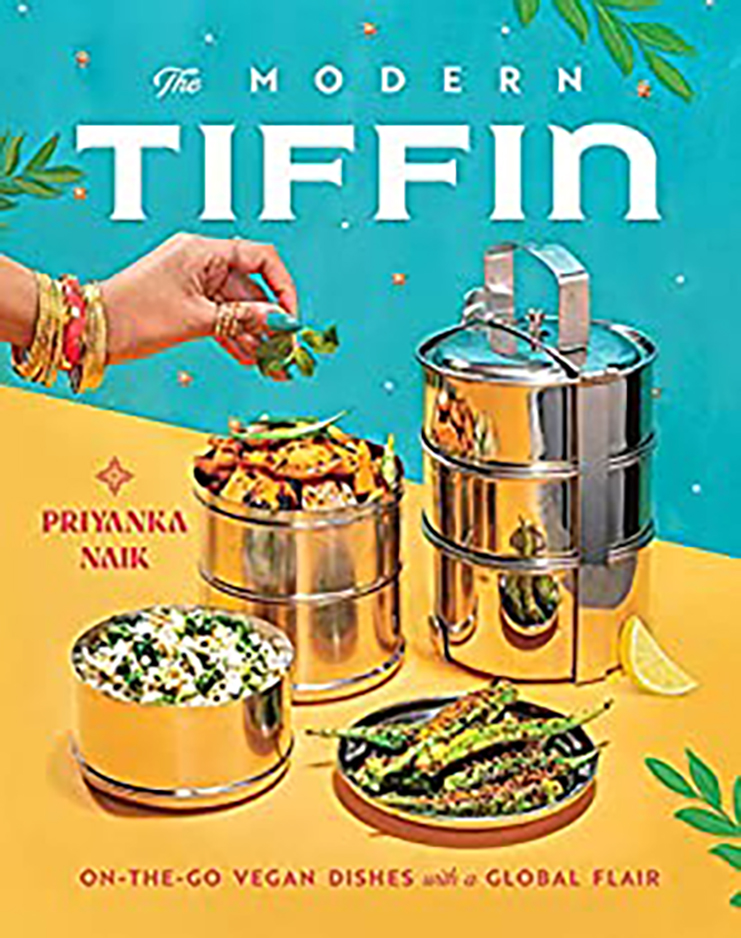 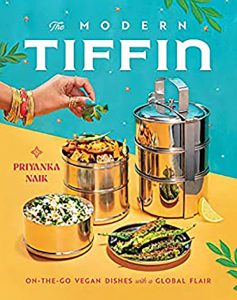 An English word of Indian origin, tiffin refers to a portable light meal, be it a lunch, snack, or tea-time treat. In India, the word is synonymous with a specially designed lunch box—a tall, metal cylinder in which smaller containers filled with various dishes are stacked on top of each other. A handle on the top of the box allows a person to carry it with ease.

The idea is to keep the dishes separate in their own compartments. This is consistent with the concept of a traditional, multi-course Indian meal, in which the sauce or gravy from one preparation mustn’t run into that of another and dilute its effect. Neither should a sauce be allowed to mingle freely with a freshly made flat bread (or rice) and render it soggy.

In The Modern Tiffin, a cookbook that showcases 50 or so recipes, author Priyanka Naik introduces the idea of an all-vegan tiffin to Westerners. Born of Indian parents, Naik grew up on Staten Island in New York, but visited India often. Well familiar with tiffin dishes that originate in two of the regions, the western state of Maharashtra and South India, she’s presented them in their own chapters. Some recipe examples are Spicy Chickpea Bhel Puri and Coconut Yogurt Rice.

Naik’s interest in worldwide travel has also led her to collect recipe ideas and adapt new ingredients from other culinary traditions. She has incorporated these globally inspired recipes in their respective chapters such as The Mexican Tiffin, The Spanish Tiffin and so on, with recipes such as Poblano Torta and Masala Marcona Almonds. All the chapters also include essays on the author’s reminiscences about her various dining experiences.

Potential drawbacks: A recipe serves only two. Also, for the recipes, varied as they are, serving suggestions (other than as lunch box accompaniments) haven’t been included, which leaves the full potential of these dishes unexplored. However, Naik’s enthusiasm for sharing her knowledge and providing eco-friendly offerings for the vegans is a plus for the book.