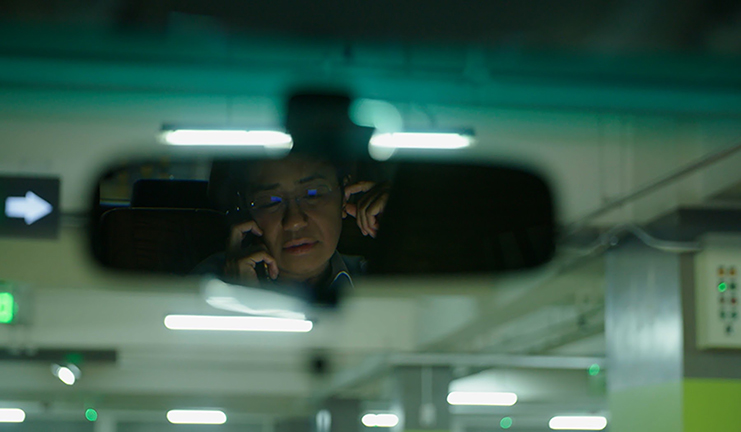 Award-winning filmmaker Ramona Diaz decided to create a documentary about the ongoing drug war in the Philippines. But when she arrived, something surprised her that changed the entire course of the documentary.

Maria Ressa is a journalist, best known as the founder of a Philippine news website called Rappler. Diaz recognized her as the face of CNN in South East Asia, and Ressa’s work talking about disinformation regarding the drug war struck her as groundbreaking. No one else in the Philippines was talking about the rise of authoritarianism, and the way social media was being weaponized by the government to spread falsities to its citizens. The reason no one was talking about it? Because journalists were being threatened.

Intrigued by Maria Ressa’s experience as a journalist in the Philippines, Diaz’s drug war documentary became a film about press freedom. The title A Thousand Cuts comes from a metaphor Ressa used in a speech to describe the Philippines’ slow descent into authoritarianism. She described each illegal killing of people on the street, each threat to freedom of press, etc, as cuts on the body of democracy, and sooner or later, with enough cuts, that body will die.

Duterte was elected as president of the Philippines in 2016. In the past four years, his government has slipped closer and closer to authoritarianism. According to The Atlantic, the government admits to killing 6,000 of its own citizens in the “drug war,” but human rights experts put that number closer to 20,000. Many academics fear Duterte’s presidency threatens the Philippines’ democratic rule of law.

Similar to President Trump’s attacks on journalists, Duterte attempted to censor Rappler, Ressa’s news website. The documentary shows Duterte calling Ressa’s work “fake news,” and making public statements undermining the validity of Rappler as a trustworthy news source. Images of sexist comments threatening public rape of Ressa and bombing of the Rappler office were shown on the screen, overlaid with video of the journalists just doing their job. These threats were supported by those in positions of power, including Duterte himself. In the film, Ressa describes both Trump and Duterte as “at best sexist, at worst misogynistic.”

Through various interviews with other reporters in Rappler, Diaz captured the paranoia and discrimination these journalists faced in everyday life for simply being associated with Ressa. The use of screenshot threats placed side by side with personal interviews effectively gives the audience a sense of the courage these journalists embody in order to continue investigating the government against the president’s wishes.

“There are many threats to the press,” Diaz said. “It was the fear of stepping over the line, but you never knew where the line was.”

The film also captures the strange juxtaposition between seeing dead bodies in the streets and citizens celebrating the newfound “safety” of their environments. This alleged safety being created by the drug war was inherent to the election campaigns of Duterte’s loyal Senators, and swayed the public support in the president’s favor.

When A Thousand Cuts was screened at Sundance at the beginning of the year, Diaz was struck by the audience response. After every screening, she was approached by audience members who saw what was happening in the documentary and realized the same things were happening in the U.S. The documentary is able to both draw the audience into the life of journalists in the Philippines and cause them to reflect on their experiences in their own country and government.

As a Filipina-American filmmaker, Diaz is often traveling between the Philippines and the U.S. Recently, she’s noticed the US imitating the Philippines’ treatment of journalists.

“When I sit here in the U.S. and watch CNN reporters be arrested on live television, it shocks me when I see it,” Diaz said. “I go back and forth and to me there was always a difference between the Philippines and the United States, but to see that here I got confused. Like, wait, where am I? I thought I was in the U.S.”

Diaz recognizes both Duterte and Trump create an environment of disinformation and gaslighting, and yet continue to govern without consequences. For American viewers, A Thousand Cuts gives a glimpse into a scary reality not too far from the present moment. However, Diaz’s goal for the documentary is not to create a call to action.

“I’m not very prescriptive when it comes to messages because messages are really informed by personal histories or lived experience,” Diaz said. “I’m not saying my films are objective, because they are films. I think film resists objectivity by the very nature of film. But what’s most important for me, first and foremost, is to give you an insight into someone else’s life.”

The documentary lacks commentary from the director herself, however the narrative of Maria Ressa’s struggle for journalistic freedom is loud and strong. By allowing Ressa to lead the film through her experience in Rappler, internet threats, and several arrest attempts from the president, Diaz succeeds in pulling the audience into a dangerous and increasingly masculine authoritarian world, but also asks the viewer to question how similar that world is to their own.

A Thousand Cuts opens on August 7th, and will be available in Seattle at the Seattle International Film Festival and NorthWest Film Forum for virtual screening rental.