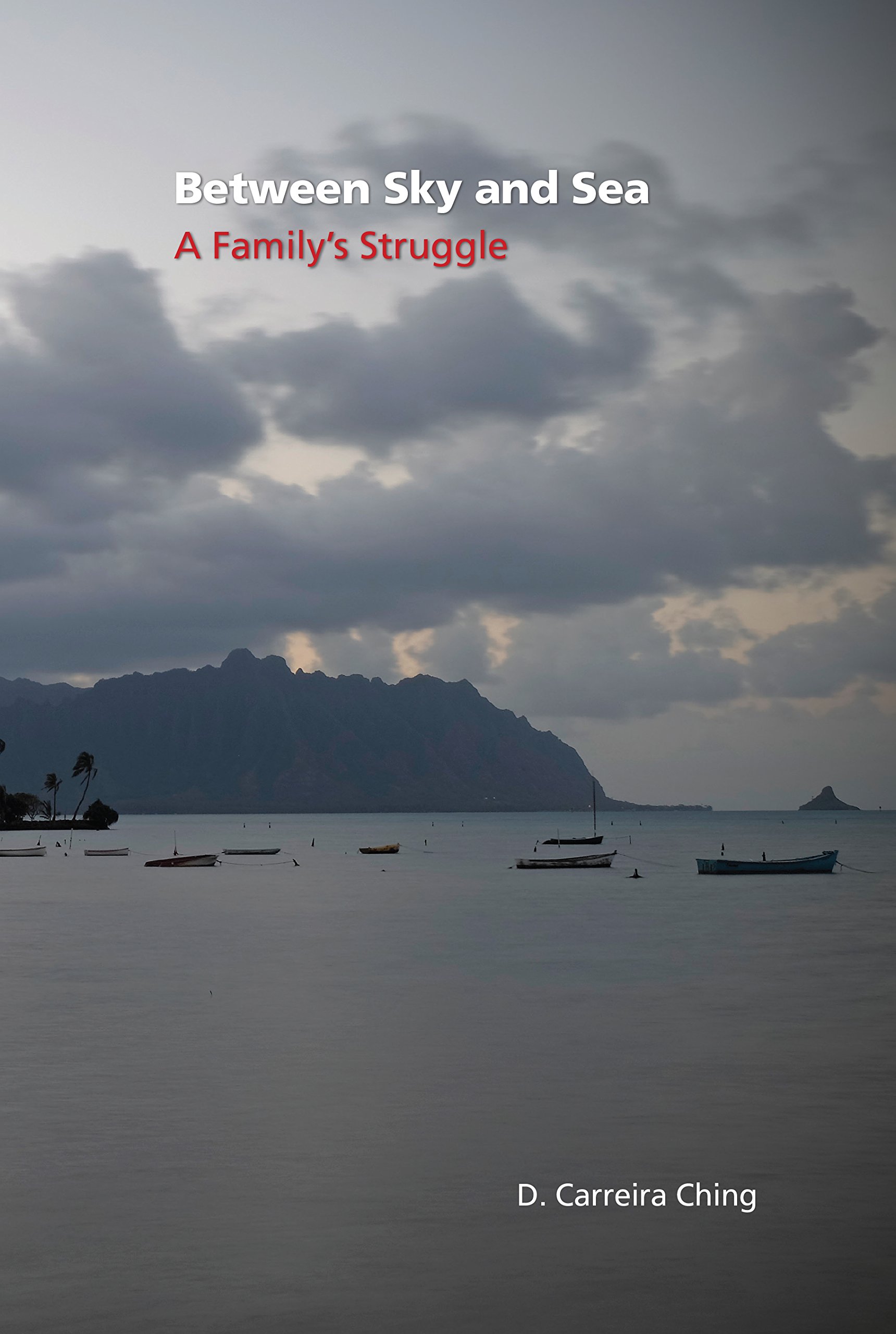 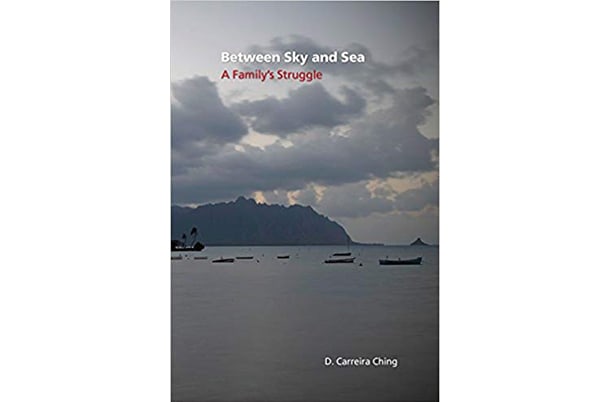 Between Sky and Sea: A Family’s Struggle, by D. Carreira Ching, represents the pain and existential panic human beings face throughout the different stages of their lives. It is a story of three brothers’ quest to find their own identities, while grappling with the complexities of their family history.

From the beginning Kā‘eo (the oldest of the three brothers), tries to find a purpose in something he loves, but as a conflict unfolds with two of his closest friends, he disappears only to be caught in a world of chaos.

As he struggles to fill a void, he finds himself lost in his own identity and confined to a life of addiction. As his life begins to fall apart, he struggles to find his way, due to an overwhelming amount of guilt he experiences after a traumatic family event takes place.

It is at this point the second oldest brother, Mark, begins to grapple with the responsibilities he has now inherited because his brother is nowhere to be found. Mark, too, struggles with his own self worth, as he has always been in the shadows of his older brother. As the relationship with he and his mother becomes more and more strained, he finds himself caught between two worlds, his families or his own.

The way in which he deals with the many conflicts he faces highlights his ability to overcome the most tragic of times. Elani, the youngest of the three brothers, finds himself searching for a new identity outside of the family decay.

While on his quest to find himself, another family tragedy occurs, and he must return to face what he ran away from. The twists and turns of one’s identity is constantly at the forefront throughout this novel.
Although the life to which they all live has been difficult, they are able to find a way to overcome all that they have to endure.

The continuous struggle of one’s identity is presented through the three characters, but we are reminded of the strength that is present within, even through the darkest of times.

D. Carreira Ching, finds a way through each character to highlight the struggles and complexities that are so common amongst many human beings. He guides the reader through a story that is not only touching, but leads us to see the strength of a family that only wishes to persevere, and in the end, they may have found the strength that they had always been seeking.