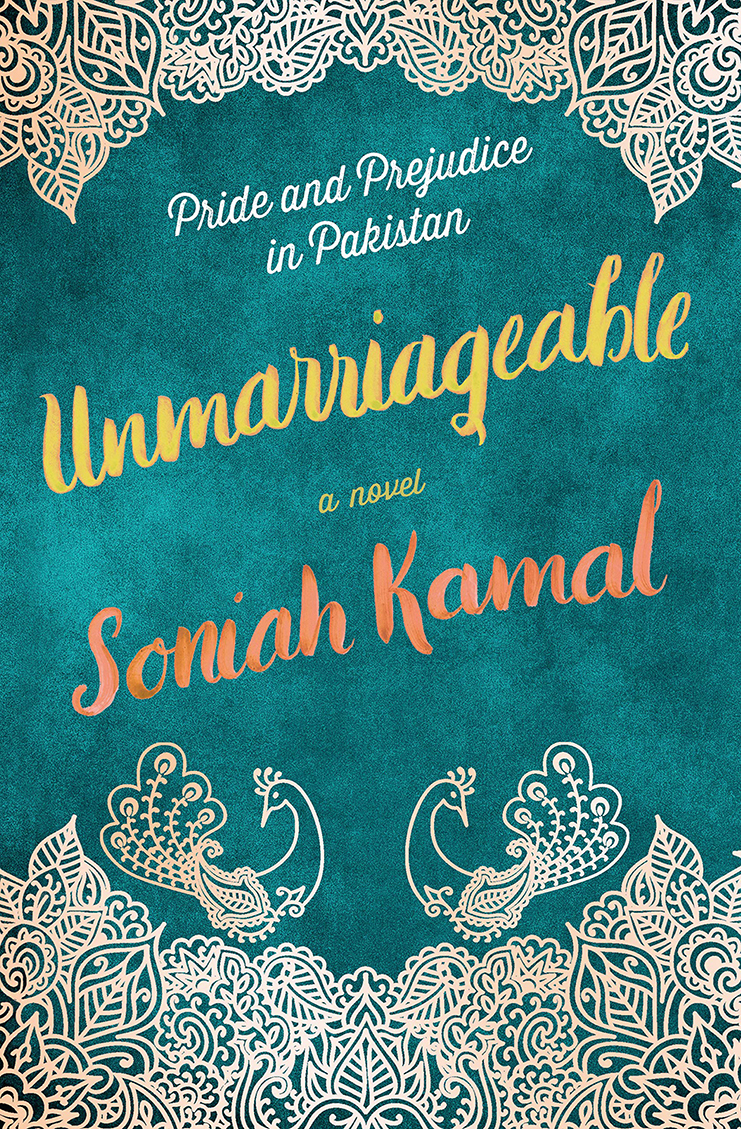 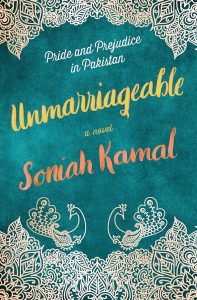 Jane Austen’s Pride and Prejudice is well-known to South Asian readers and many see the parallels between Jane Austen’s world and South Asian cultures. The 1985 Indian television serial Trishna and Gurinder Chadha’s 2004 film Bride and Prejudice were popular adaptations of the novel from a South Asian perspective. Pakistani-American author Soniah Kamal’s newest novel Unmarriageable is an intelligent, funny and nuanced adaptation of Austen in contemporary Pakistan.

The Binat family, having seen a downward economic spiral following family treachery, find themselves in Dilipabad, a small town, with five daughters. The two oldest daughters, Jena and Alys, find work as teachers in a local elite school for girls to keep the family afloat financially. The three younger sisters, Mari, Qitty, and Lady, have dreams of pursuing medicine or becoming a journalist or a model,, but their aspirations hit road blocks because of the family fortunes, although Alys and Jena are determined to help their sisters fulfill their dreams.

Their parents Pinkie and Bark Binat respond differently to the family’s financial challenges—Pinkie strategizes about how to marry off her daughters, whether they want to be married or not, and Bark disappears into his gardening to soothe his distressed spirit. Enter a wealthy young man Fahad “Bungles” Bingla whose family has made money from female hygiene products, and his friend, the haughty and distant Valentine Darsee, who happens to be the owner of the school where Jena and Alys work. The narrative faithfully follows Austen’s plot lines but with several important tweaks that both reflect contemporary Pakistani culture and update Austen’s feminist philosophy.

The feminist updates of Austen include a more sympathetic and less acerbic take on Mrs. Binat and a recognition that educated women like Alys can find fulfillment in their lives without obsessing on marriage. The character of Charlotte Lucas, now Sherry Looclus, is a sassy, cigarette-smoking, almost forty-year old single woman who aspires to marry so she can have a sex life. Although she makes a pragmatic choice eventually about marriage like her predecessor Charlotte, she is frank about her sexuality, and Kamal gives her a life beyond marriage at the end of the novel.

Similarly, Darsee’s cousin who befriends Alys is a mountaineer and openly gay, a plot line not possible in Austen’s narrative. Aunt Gardiner, now Aunt Gardenaar , is a talented pastry artist and entrepreneur who is happily married and fulfilled as a business woman, artist and wife. Darcy’s cousin Ann in Austen’s novel is a sickly, infantilized woman, stuck with a domineering mother. Darsee’s cousin struggles with a chronic illness but has more autonomy in her life in both romance and career.

The changes to these characters are welcome and the novel still retains the ditzy character of Lydia through Lady, the wickedness of Wickham/Wickaam, and the irascibility of Darsee’s aunt. These feminist rewrites are intelligent and witty and the narrative maintains much of the spirit of the original, although the scene where Mr. Collins proposes to Elizabeth is not as funny or memorable in this South Asian update.

This postcolonial rewriting of Austen both pays tribute to the great novelist while also demonstrating how much British colonialism contributed to the cultural reshaping of modern South Asia in general and Pakistan in particular. The novel is a must-read for fans of Austen and the many adaptations of her work.

Soniah Kamal will read at Elliott Bay books on April 3 at 7:00 PM and will be in conversation with this IE contributing writer Nalini Iyer at that event.