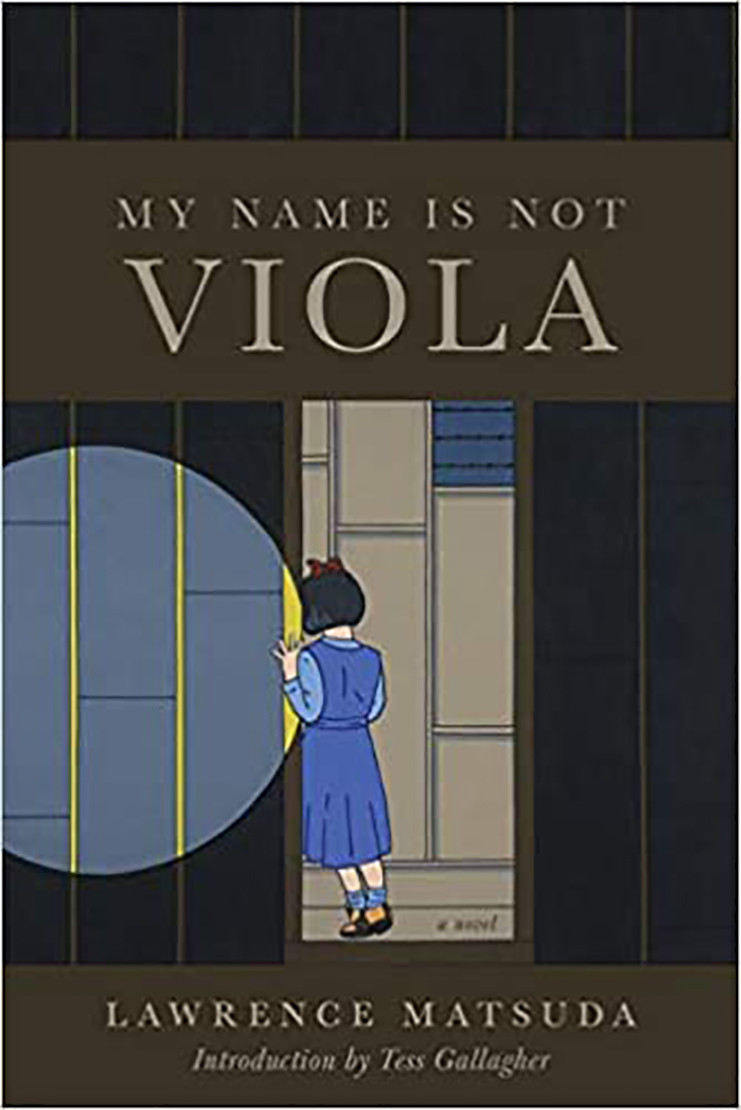 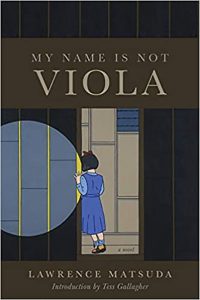 There is a mystique about novels that bring a bygone Seattle into view. John Okada’s No-No Boy has it. Jamie Ford’s Hotel on the Corner of Bitter and Sweet has it. And now, Lawrence Matsuda brings us another account of a Seattle that seems to have disappeared. In My Name is Not Viola, Matsuda shares the story of his mother Hanae’s childhood in Seattle and Hiroshima, her World War II incarceration in Minidoka, and her return to a transformed Seattle.

Japanese Americans like Hanae who were incarcerated in camps during World War II are few in number now, so the responsibility to make sure their stories and experiences are preserved for all of us is up to people who were children in the incarceration camps, like Matsuda, and other descendants of Japanese Americans who were incarcerated. Matsuda’s depictions of his mother’s experiences in the Minidoka incarceration camp are vivid and enraging. Matsuda goes beyond what are now familiar images of barbed wire and guard towers to describe Hanae’s strength in standing against the camp directors. We also get realistic descriptions of the lack of privacy and often undignified communal living conditions that people suffered through.

Themes of feeling trapped and the desire to escape run throughout the novel. For as many sweet interactions that Hanae has with her parents, for example, Hanae is confronted by forced departures away from friends and family. At times, Hanae wonders if she even knows “how to be Japanese” and questions whether her home is in Seattle or in Japan since there are parts of both places that make her feel trapped, and in both places, she wants to escape.

At times, the dialogue is a bit unwieldy, too telling. And there are scenes that seem to be cut too short. For instance, the aftermath of the incarceration goes by quickly, although the emotional trauma is detailed. However, early in the novel, when Matsuda moves the story to the countryside outside of Hiroshima, the writing comes alive. This is where Matsuda’s words seem inspired by the kamisama, spirits that Matsuda describes as inhabiting all things. The kamisama appear at various places in the novel, and each time, the scenes are dreamlike and haunting, such as the moment when Hanae is about to be swallowed by quicksand and the kamisama seem to be there to guide her:

“Do you want the difficult path?” they asked. “Then take the left hand extended to you. If you want the easy path, take the right hand.”

Easy or difficult, what does that mean?   I wondered. Is this a riddle or trick I’m playing on myself?

Calmly, the voices asked again. I touched the outstretched left hand. It was full of sadness and hardship. I grasped the right hand, which was warm and gave a sense of contentment.

Life is not easy, I said to myself. I choose life and not the easy way.

Instantly, I was thrown backwards through space and time, tumbling past galaxies and universes back to the river.

It is scenes like this that keep the story going. In fact, I found myself eager for the kamisama to make other appearances in the novel when it seemed like the story contained repeated information from the author notes at the beginning of the novel.

That is where the novel is held back. The author notes are informative, but they act as a summary to the novel, which means that readers already know how the novel is going to end. Nevertheless, Matsuda’s My Name is Not Viola can be added to the list of novels that capture a Seattle that is fading from view. It also adds to the stories of the Japanese American experience, one that preserves the lives of our mothers, grandmothers, and great-grandmothers just as Matsuda preserves the life of his mother. And for anyone who lives in the Seattle area, Matsuda’s recounting of history needs to be part of your lexicon.