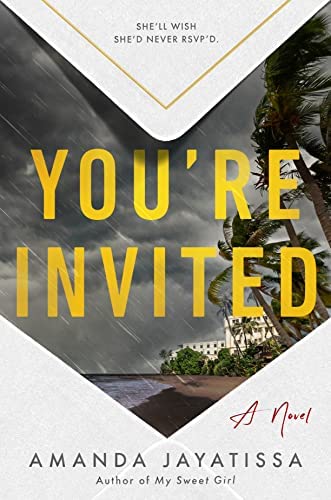 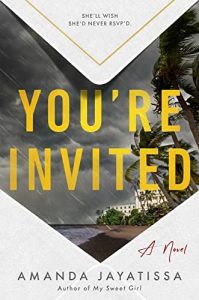 Amanda Jayatissa who received acclaim for her debut psychological thriller, My Sweet Girl, now returns with another offering. It’s a thriller in the same category, perhaps even more suspenseful, and which will surely establish Jayatissa in the genre.

Amaya gets the news from the social media that her former bestie, Kaavi, with whom she has had a fall out, is about to tie the knot. It’s even more of a shock for Amaya to discover that the bridegroom is none other than her ex-boyfriend Spencer. She still has feelings toward him. Then and there, she decides that this marriage can’t happen. She must somehow stop it.

Amaya travels to Sri Lanka, where she’d grown up, and where the lavish wedding will take place. But things don’t go as planned. Amaya never gets a chance to spend time with Kaavi. Nor is she well received by Kaavi’s family. A brief encounter with Spencer only leaves Amaya more distraught. Then, on the day of the wedding, when the bride goes missing from her hotel room and traces of blood are found there, Amaya is considered one of the suspects.

This twisty tale, where everyone has a secret, incorporates two points of view, those of Amaya and Kaavi. These are interspersed with transcripts of interrogation by the authorities. Jayatissa’s female characters are powerful, though not always likeable. Spencer, on the other hand, hasn’t been fully developed. One other quibble: The ending feels rushed and is not entirely satisfactory.

A highlight of this novel is the rare, insider’s look we get at the top 1% of Colombo, the parties they throw, and their excesses. Overall, this page-turner is sure to be a hot summer read.