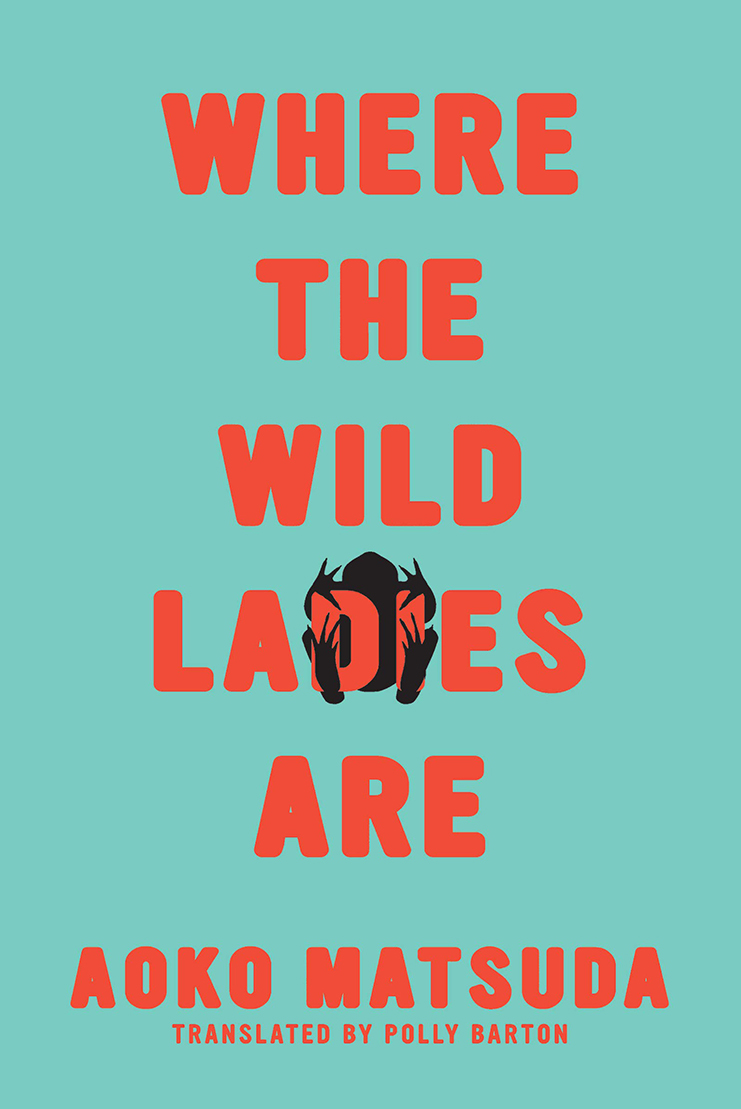 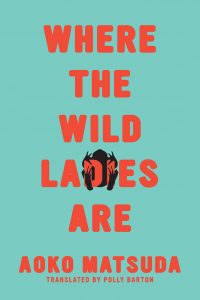 A ghostly lover whose skeleton is reeled in on a fishing trip, the restless spirit of a murdered woman at the bottom of a well, foxes who can assume human form and live among us. These curious episodes are just a few of the bizarre situations encountered in Japan’s rich body of folk tales. They are also among the many incidents given new life in Aoko Matsuda’s short story collection Where the Wild Woman Are, a volume of interlinked narratives that reinvents these classic fables in radically unexpected ways.

Like some ancestral phantom, there’s something about folk tales that allows them to linger on through the years. It may have something to do with their cunningly deceptive nature. For although presented in the guise of entertaining fiction, often they are, at heart, morality lessons offering guidance on behaviors and beliefs. But like all creations, legends are a product of their time, and just as the settings of everyday life change from one generation to another, so do their values.

Drawing from kabuki theater, folk legends, and rakugo, Where the Wild Ladies Are updates well-known tales, reimagining their characters and themes for our contemporary world and transporting them from the hoary realm of thatched-roof huts and wandering rōnin to crowded apartment complexes and unemployed salarymen. The stories are given a fresh coat of paint from a decidedly feminist palette and tackle today’s issues of gender discrimination, body image, and societal pressures.

More than merely rephrasing the original fables, Matsuda creates a world all her own—where ghosts and yōkai use their otherworldly abilities to help the living, either by working alone or as an employee under the supervision of the enigmatic Mr. Tei. Although each of the seventeen stories can be read and enjoyed independently, they regularly weave in characters or events from previous tales. Sometimes a tantalizingly ambiguous ending will receive a surprise continuation in a later story. On other occasions, readers will be struck with the joy of  recognizing an earlier protagonist, feeling as though they’ve reunited with an old friend. The result is an interconnected world that feels alive, with characters going about their lives—and afterlives—both on and off the page.

The ghosts found here are no wispy apparitions, but varied, multilayered personalities who can be alternately vivacious, raucous, and wise. In “What She Can Do,” a single, down-on-her-luck mother is lent a helping hand by a spirit who looks after children from beyond the grave. The long-dead narrator of “Having a Blast” expresses her joy at people finally beginning to come around to her look—a punk-style buzz-cut, owing to Japan’s former tradition of shaving the head of the recently deceased. A character in “A New Recruit” demonstrates the empathetic side of the spirit world; hoping to gain the assistance of a diffident spirit, he remarks, “Having met so many of these kinds of women over the years, I’d come to realize that they consistently underestimate their abilities. Even with the knowledge of their full capabilities, they still fail to value themselves.”

Matsuda takes special delight in championing the women who were portrayed as antagonists in the original tales, reframing them as heroes whose extraordinary strengths condemn the sexist foundations of the earlier stories. A brief glance through the summaries of the traditional renditions found in the back of the volume shows how routinely female characters were abused, raped, or murdered. And if their pitiable spirits understandably returned to seek vengeance, they were summarily defeated by male warriors in the name of “justice.” Matsuda subverts these narratives by giving agency back to these wronged women, allowing them to become powerful forces in this world and the next. In “Team Sarashina” a group of women led by a demon-princess holds the honor of best job performance in Mr. Tei’s secretive company. In “My Superpower,” a female self-help columnist suffering from eczema finds unexpected strength in the story of two disfigured ghosts. Both “The Jealous Type” and “Silently Burning” recognize the unique potential of oft-disparaged “feminine” traits like obsession and jealousy in a modern world woefully deficient in passion.

At once incisive, funny and heartfelt, Where the Wild Ladies Are is a remarkably original collection that arrives just as the world is beginning to grapple with the challenges of a new era and shake off the outmoded specters of the past. After the final page, many readers will be yearning to learn more about Matsuda’s singular world, but until her next release, they can rest assured that her eclectic cast’s strength, courage, and determination will continue to haunt their memories.