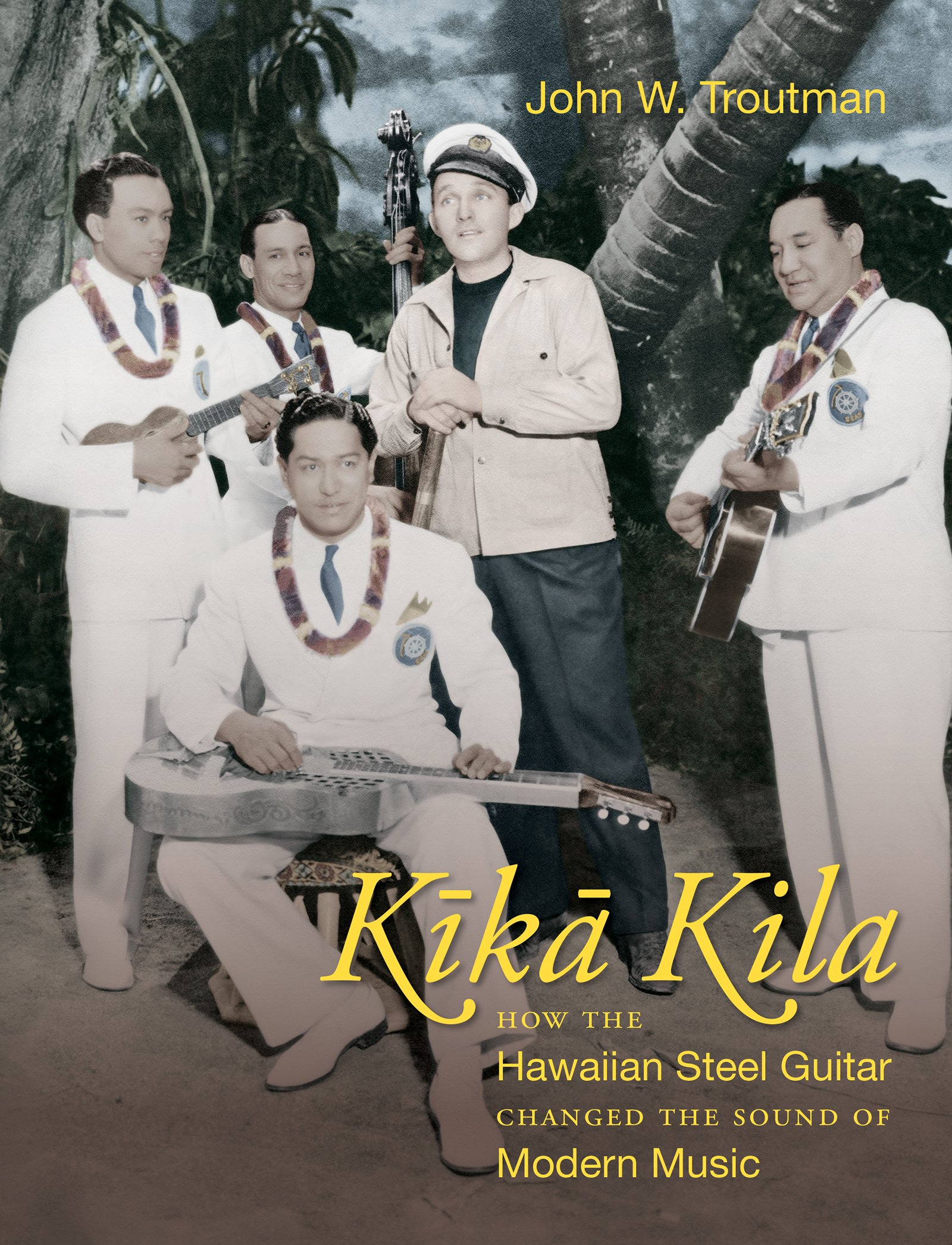 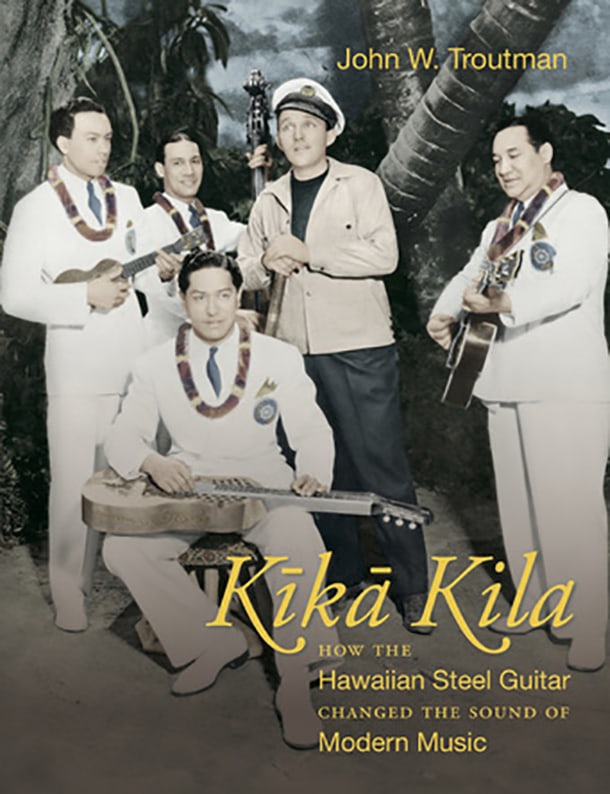 John W. Troutman could have made Kīkā Kila: How the Hawaiian Steel Guitar Changed the Sound of Modern Music a relatively simple book. Most attempts to tell the story of the Hawaiian steel guitar start with Joseph Kekuku, who reportedly found a spike while walking along the railroad tracks, hit on the idea to slide it along his guitar strings, and invented the sound we all know so well.

The problem with that approach is it’s a little too quaint, and doesn’t do much to upend the notion that the Hawaiian steel guitar is a niche, slightly kitschy instrument that reached its peak with some Bing Crosby tunes. Troutman, a history professor at the University of Louisiana at Lafayette, has a more ambitious goal than that. He wants to overturn “current understandings of the most significant U.S. musical genealogies, understandings marred by a tendency to erase Native people from their central roles in not just American music but the nation’s history.”

Kīkā Kila goes on to paint a picture of a sound and technology born in the throes of political and cultural turmoil, with an important role in asserting Hawai’i’s cultural independence and identity. It went on to influence music throughout the globe, to such an extent that much of the world has forgotten or willfully ignored its origins in Hawai’i.

Troutman does get to Joseph Kekuku, but first he tells the history of Kekuku’s family, a prominent family from Kahana, deeply involved in attempting to reclaim some of the land lost in the “Great Mahele,” or the loss of native land ownership orchestrated by American interests. Troutman does recount the railroad track story, but convincingly makes the case that this was likely made-up. Regardless of whatever the true first moment of Kekuku’s inspiration was, Troutman argues that it was Kekuku’s years of experimentation and the time he spent modifying instruments in the Kamehameha School’s shop facilities that really gave birth to the phenomenon. Troutman’s version of Kekuku is not a kid walking along some railroad tracks; he’s a deeply invested, inspired musician and inventor who used his gifts in service of his patriotism and love for his culture.

The book goes on from there to describe a breathtakingly rapid, worldwide embrace of the steel guitar, led by Kekuku’s extensive touring and later by slide masters like Sol Ho’opi’i and Frank Ferreira Jr. In the first half of the 20th century, Hawai’ian music was hugely popular, and Hawai’ian musicians toured the world to adoring audiences. Even Adolf Hitler was a fan, and one daring music troupe, the Moe family, used that fact to help smuggle their Jewish friends out of Nazi Germany. Where’s the movie of that story?

There are local connections too, as the Pacific Northwest was one of the very first beach heads for the new sound. Kekuku toured extensively in the area, and inspired local guitar maker Chris J. Knutsen to start building the hollow-necked guitars that could withstand the demands of the new technique.

Troutman is not just a painter of big cultural landscapes, however; he’s also obviously a big steel guitar fanboy, and occasionally indulges in some very meticulous documentation. (If you’re the kind of person who’s daunted by thick books, relax, half this book is endnotes and the index.) He makes some surprising and convincing arguments, like his assertions that Hawai’ian musicians touring through the South were the most likely source of inspiration for the great blues slide guitarists like Robert Johnson. Who started what is hard to prove, though, what’s compelling is his case that Hawai’ian guitarists and music undoubtedly influenced guitarists in the American South, and helped shape the direction of blues and country music.

He glosses over most of the latter half of the 20th century, until he gets to the Hawai’ian Renaissance, which began in the 1970s. We’ve seen a great reclamation of Hawai’ian language songs and instruments in the past few decades. But even today, when the local music scene is bursting with virtuoso talent on instruments like the Hawai’ian slack key guitar (kī hō’alu) and the ukulele, you don’t see as many people reclaiming the steel guitar.

If anything, Kīkā Kila is a call to remind us that despite everything that’s happened to it since, the Hawai’ian steel guitar was invented as a uniquely Hawai’ian expression of culture. He never states it quite this way, but you can feel Troutman’s fervent wish to spur a renaissance in steel guitar, so it retakes a more secure place amidst the resurgence of Hawai’i’s great musical traditions. Personally, I’m going to sign up for some lessons. Who’s with me?