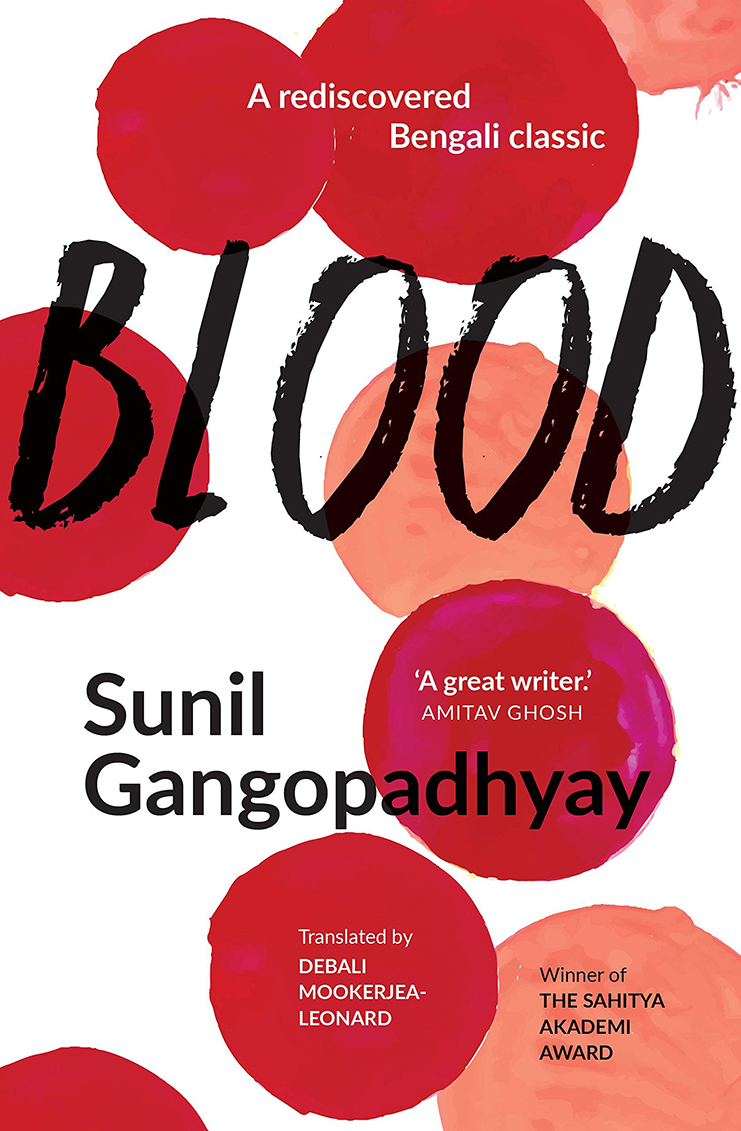 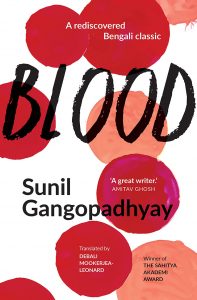 Sunil Gangopadhyay (1934-2012) was an award-winning Bengali author who had penned numerous novels, poems and essays. The legendary filmmaker Satyajit Ray made two of his novels into films. Many important writers like Gangopadhyay who produce major literary works in Indian languages remain largely unknown outside the community of those who speak and read that language. Most readers in the West only know Anglophone Indian writing and thus miss a vast corpus of Indian literature. Many readers in India are also unfamiliar with writings beyond English. Some who have studied an Indian language may have the fluency to read literary works in an Indian language.

Consequently, translations play an important role in promulgating literary works not only in the West but also across India. Debali Mookerjea-Leonard, Professor at James Madison University, and a bilingual scholar has deftly translated Gangopadhyay’s 1965 novel Blood into English. This novel set in three continents—Europe, Asia, North America—should be of interest to many readers because of the themes of migration, postcolonial national identity and race.

A short and well-paced narrative, Blood tells the story of Tapan, a Bengali man who has been educated in the U.S., and when the novel opens, he is temporarily in London en route to Calcutta (Kolkata) for a family wedding. In London, he meets Alice, an English woman, and during a dinner date at her home, he sees a photograph of her father with his late father. The photo upsets him, and we learn that Alice was born in Dhaka (now Bangladesh) where her father was a British colonial administrator and that Tapan’s father had murdered him. As the novel moves back and forth in time, we learn details of the murder and its impact on Alice and Tapan as they reckon with this bloody family history.

Tapan’s family suffered extraordinary hardship and his mother struggled to raise him as a young widow. This experience of the brutality of Empire and its immediate consequences leave Tapan an embittered and angry man who does not feel he belongs in India, in the UK, or in the US. Alice is curious about her Bengali childhood and seems to hold no grudge against Tapan for his father’s actions. Alice falls in love with Tapan but he rejects her constantly. Alice’s abject seeking of Tapan’s love and his violence toward her will make today’s reader flinch.

As the novel progresses, we see Tapan encounter Indians abroad and reflect on what migration does to Bengali identity and culture. In Calcutta, Tapan reconnects with people from his past but is unable to find a footing in his homeland. His history of displacement and poverty in India and of racism in the West make him feel deeply alienated and homeless. As Mookerjea-Leonard notes in her introduction, this novel is reminiscent of E.M. Forster’s A Passage to India in which interpersonal relationships take on a larger symbolic function about inter-racial relationships and the consequences of British imperialism on individual lives.

Mookerjea-Leonard’s translation is elegant, and she offers a few notes to clarify Bengali terms or to explain her choices as a translator. A good translator does not flatten out cultural differences in an attempt to make the work accessible to the outside reader, and Mookerjea-Leonard’s work reminds us we are in a translated universe yet easily guides us into Tapan’s world. For those of us who read contemporary immigrant writing from India, this novel reminds us that Indian writers were grappling with migration and identity even if they were not immigrants themselves.

We also recognize that in the 56 years since this novel was originally published, the immigrant experience is quite different especially for the educated migrant, but the questions of nation, belonging and race continue to haunt immigrants.