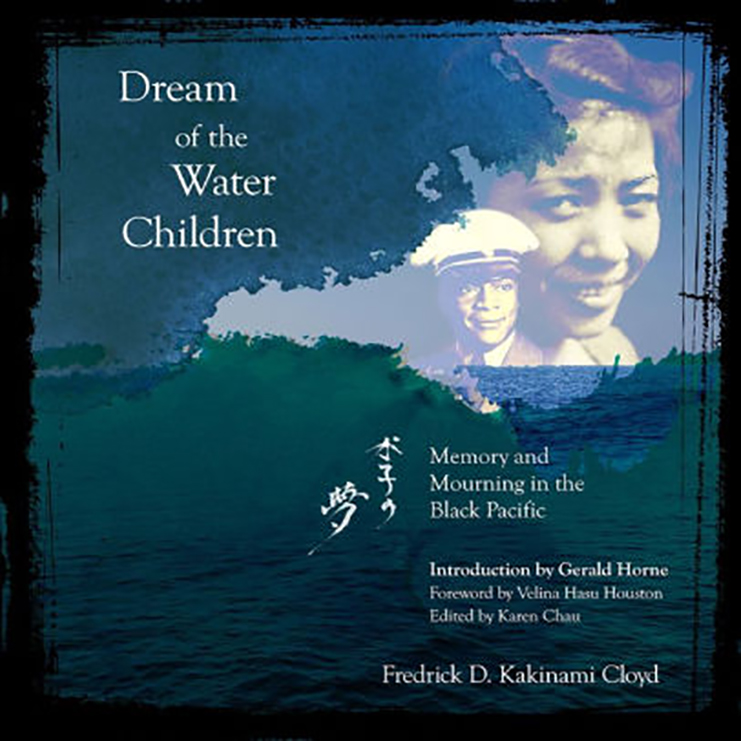 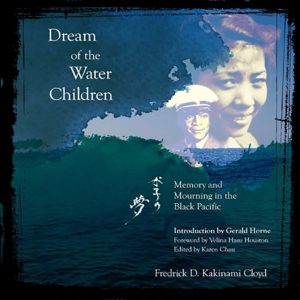 Fredrick D. Kakinami Cloyd makes a powerful debut with Dream of the Water Children, a book which transcends genres and enlightens readers with ethereal beauty and judicious use of research in a memoir which recounts his relationship with his family.

Kakinami Cloyd is the child of a Japanese war bride and an African American soldier, and in his book, he offers readers a glimpse into the invisible world of the children and mothers rejected by their nations because of their mixed lineage.

One of the many legacies of World War II are the children of unions between occupiers and the occupied, and all too often these children have been forgotten. Kakinami Cloyd has gifted the world with the knowledge he gathered through survival. He has also uncovered the circumstances of mixed-race children who did not survive the U.S. occupation of Japan; including children who were killed by their own mothers.

Power dynamics and struggles for dominance and survival play themselves out through the avenues of race, class, sex and gender in this intersectional exploration of histories that tie the United States and Japan to one another.

These international links do not disappear. My grandmother was a Japanese war bride, largely disowned by her family for marrying an American soldier. As a child, my father was rejected by both his American and Japanese relatives, but still, he exists and the trans-Pacific ties persist through him to me and my brother. The list of slurs for mixed-race Japanese children that appears in the book was familiar to me. The violence of racism is international and multigenerational.

Dream of the Water Children delves deep into history that was purposely obscured by U.S. censorship during the occupation of Japan.

He recounts a multiplicity of histories as a collection of ethereal memories, hopes, and dreams. More than a memoir, the book is a testament of love. Kakinami Cloyd carefully articulates and paces anecdotes that create a three-dimensional rendering of his late mother’s life and the lessons he learned from her. He simultaneously weaves his own experiences through the narrative, bridging the gap between his mother and the rest of the world. In the process, he does not lose himself, however.

Cloyd knows who he is and articulates his identities clearly. He successfully navigates the dualities of his experiences while avoiding the pitfalls of bitterness or resentment. Even when he recounts stories of being brutalized, he recognizes the complexities of the hierarchies that informed the actions of those who hurt him and his own capacity to harm others.

As a book, this memoir is challenging. It requires readers to look at some of the devastating lows of human existence. Cloyd manages to honestly depict sensitive issues such as suicide, murder, assault, sexual violence and infanticide with measured, carefully chosen phrases. Cloyd writes about suffering and loss in terms that promote peace, substituting battles for survival with quiet acts of defiance and admissions of human fragility.

The flow of history and ancestry collect into a reservoir inside the pages of Dream of the Water Children. The memories unfold methodically to articulate the structures that underpin society’s hegemonic norms.

Cloyd refuses to turn away from the truth that all humans, no matter how low in social hierarchies, have the capacity to inflict pain on others. He laments the acts of violence he participated in and the ways he helped perpetuate the violence of sexism.

The book is haunting. Ghosts flit through the pages. Dream of the Water Children is full of surreal moments of otherworldly pain and suffering, held together with beautiful prose and gorgeous black-and-white photos. It invites readers to think critically about the social constructions and collective acts of violence that caused the deaths (and tragedies) of the people the book memorializes.