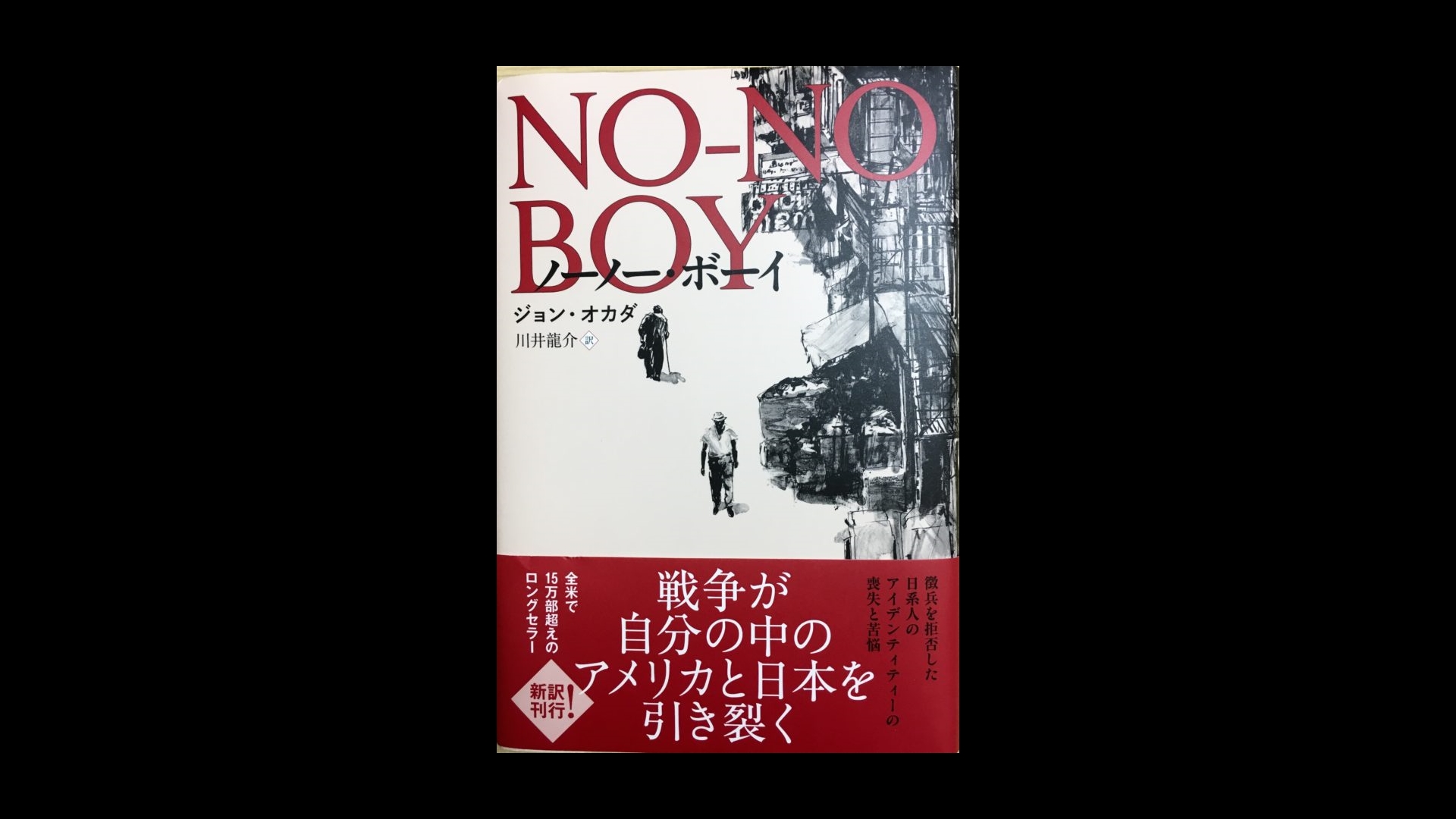 When journalist Ryusuke Kawai first proposed the idea two years ago of writing a completely new translation of John Okada’s landmark novel of postwar Seattle, I was surprised at the notion that one was needed.

“The book was out of print in Japan, and when I asked the previous publisher, Shobunsha, if they had any plans for a reprint, they said they did not,” he now says. “Their translation rights had expired. I came up with a new translation by myself because for Japanese readers to be able to discuss the book and the author, they have to be able to read it in nihongo.”

Kawai’s new translation took him 18 months and is now published in Japan by Junposha, in time for marketing around the 75th anniversary of the start of the Pacific War. He will speak in Seattle, mostly in Japanese, about his appreciation for the novel and his experience of translating it in a free appearance at the Nagomi Tea House, Saturday, March 11, at 1:00 pm.

Kawai, 60, is a freelance journalist and non-fiction writer from Kanagawa. A graduate of Keio University School of Law, he began his journalism career with the Mainichi Newspapers, then moved to the Daytona Beach News-Journal in Florida, covering the environment and social issues. He’s written a longstanding column on music as well as more than 10 non-fiction books, most notably Yamato Colony: The Men who Left “Japan” in Florida.

Junposha is a small but established publishing house better known for books on social science than fiction. Kawai credits his long association with its president for getting a quick yes on the idea of reprinting a novel by a Japanese American. “I told Mr. Kiuchi how interesting No-No Boy is for Japanese readers. It usually takes a long time for a big company to make a decision. He understands the book’s charm and significance not only as a novel but as a way to let people know the history of Japanese Americans and World War II.”

Kawai praises the work of the first translator, the late Yo Nakayama, a scholar of American and English literature who translated some of Bob Dylan’s lyrics into Japanese. “Mr. Nakayama is a pioneer who introduced No-No Boy to Japan in 1979, but there are sentences the modern Japanese reader cannot understand, making it difficult for them to enjoy the novel.”

The slang and some profanity in Okada’s book is central to his craft, and those were among the words Kawai felt needed an update. Take for example the moment where the protagonist Ichiro Yamada tells fellow draft resister Freddie Akiyama that he’d been spat upon by the belligerent Nisei veteran, Eto Minato, and Freddie dismisses Eto as a jerk. In the first edition, “that jerk” was translated as tokkan yaro, an archaic term Kawai says is no longer used; he uses aho instead. Other words are now considered too offensive to 21st century sensibilities. In the old edition, “madman” was translated as kichigai, and “blind” was rendered as mekura – both of which are now too harsh or derogatory.

Not surprisingly, Kawai found it hardest to unpack the multiple meanings and colloquialisms in the long, swirling internal monologues Okada composed for Ichiro, in passages like, “I can go someplace and tell people that I’ve got an inverted stomach and that I am an American, true and blue and Hail Columbia, but the army wouldn’t have me because of the stomach. That’s easy and I would do that, only I’ve got to convince myself first and that I cannot do.” One term remains unchanged: “No-no boy” is simply sounded out phonetically as noh-noh-boh-ee.

To properly frame the history of the Japanese in America, Kawai includes an after-word to explain the wartime exclusion and incarceration, and the distinction between the so-called “no-no boys” who refused to comply with the government’s loyalty oath, and resisters like Ichiro who refused induction into the Army until his rights were first restored.

If the book’s publicity, as loosely translated by Google, offers any clue to its appeal for the Japanese reader, it’s in “The crisis of identity torn by the war into two homelands called ‘Japan and the United States,’ and a sharp aversion to the world where war, discrimination, and prejudice do not go away.” Kawai says interest in Okada’s novel is high because “Japanese can feel how Japanese Americans, too, had hardships during WWII, but we don’t know much about their history. Secondly, the readers feel sympathy for Ichiro’s anguish as a kind of identity crisis.”

Thanks to this fresh translation, a new generation overseas can now enjoy what we here already know to be a classic of the Pacific Northwest, and arguably “The Great Nisei Novel.”