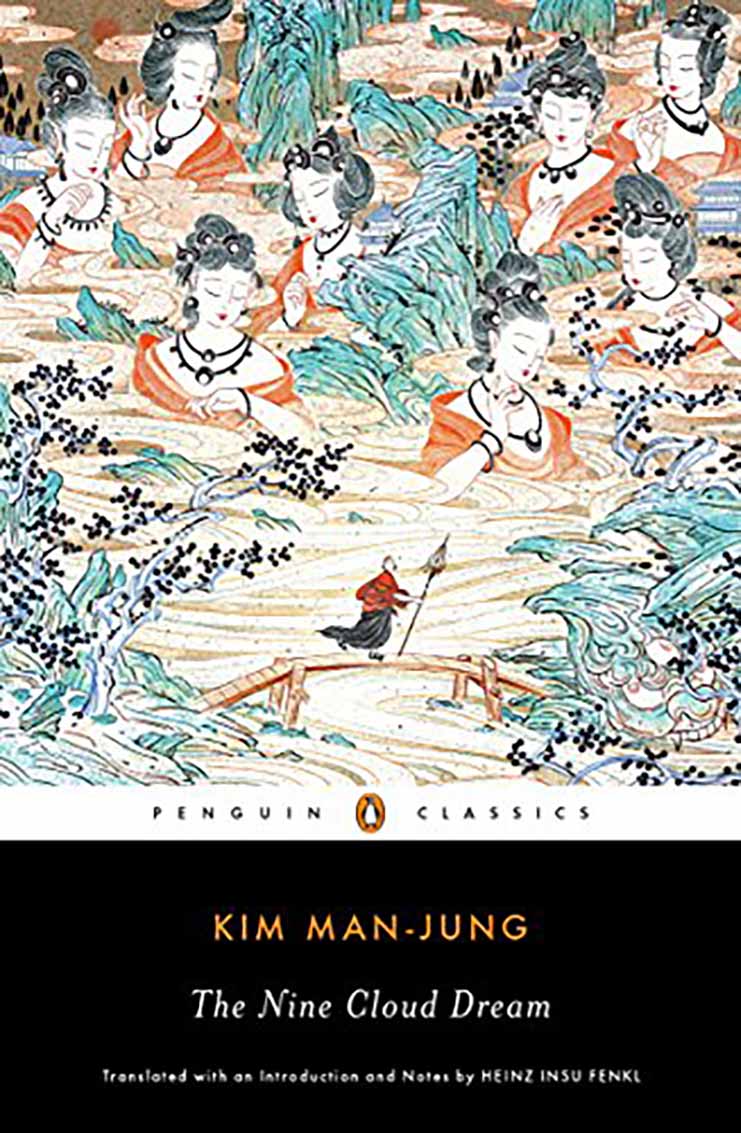 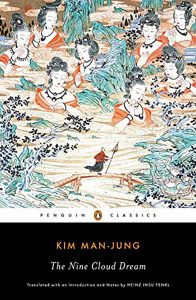 Written in 17th century, The Nine Cloud Dream is a significant piece of Korean literature that is deemed to be a masterpiece. In 2019, Penguin Classics published a new translation by Heinz Insu Fenkl. This classic story follows the journey of a young monk who receives a strange punishment to pay for his sins. The novel is thought to have been written by Kim Man-jung, a prominent writer during his time.

Because the novel alludes to many symbolic elements of Confucianism, Taoism and Buddhism, it may be difficult to understand the significance of certain numbers and terminology without first reading the introduction. The introduction adds depth to the story and is great way to familiarize readers with the setting, especially for those unfamiliar with Korea’s history, culture and society during the time period which the novel is set. It is also interesting to read because in addition to laying the social context, readers can learn a little more about the author and the significance the novel has had in Korean society and also the literary community.

Set during the Tang Dynasty, the novel starts with a young monk, Hsing-chen. Despite being a model disciple of a great monk in the Sacred Lotus Peak, Hsing-chen soon falls into temptation and sins by drinking wine and flirting with eight beautiful fairies. Because of his sins, he is condemned to hell and receives an odd punishment. As his punishment, Hsing-chen is reborn as Shao-yu and is able to have a seemingly ideal life. In his reincarnated form, he becomes a sort of perfect man that is the envy to others.

The novel is divided into two parts and is written as a type of bildungsroman. Throughout the novel, readers witness Shao-yu develop from a poor, young intellect to a wealthy man of influence. Throughout his life, he has many lovers, achieves success as a diplomat and general, and eventually becomes the Emperor’s trusted advisor and son-in-law. In addition to his intellect, Shao-yu is also a skilled poet and musician. In his new life, Shao-yu is able to gain everything he can ever desire or dream of, whether that is love, sex, money, power, intelligence or influence.

Despite having everything he could have ever dreamed or hoped of, Shao-yu remains melancholy in his old age. Our character realizes that worldly pleasures are fleeting and is finally awoken by his master. Shao-yu returns to the Sacred Lotus Peak as Hsing-chen, however it is difficult to tell whether his experience as Shao-yu was just a dream or if it was, in fact, reality. Having realized that “worldly riches, honor, and desire are nothing”, he seeks to learn the Way of the Buddha once again.

The Nine Cloud Dream is a multi-layered, gripping tale that can be categorized into many genres. It has a little bit of everything for readers to enjoy, including historical and philosophical elements, intense romance, beautiful poetry, mystical fantasy with dragons and fairies, and also contains elements of a war story with epic battle scenes. In this novel, Kim manages to skillfully transition between the different genres to create this classic tale. Furthermore, this translation is able to capture the time period while also maintaining a good balance by not sounding too archaic. It is a beautiful piece that captures significant parts of early Korean culture and society, and is, ultimately, a fun read.