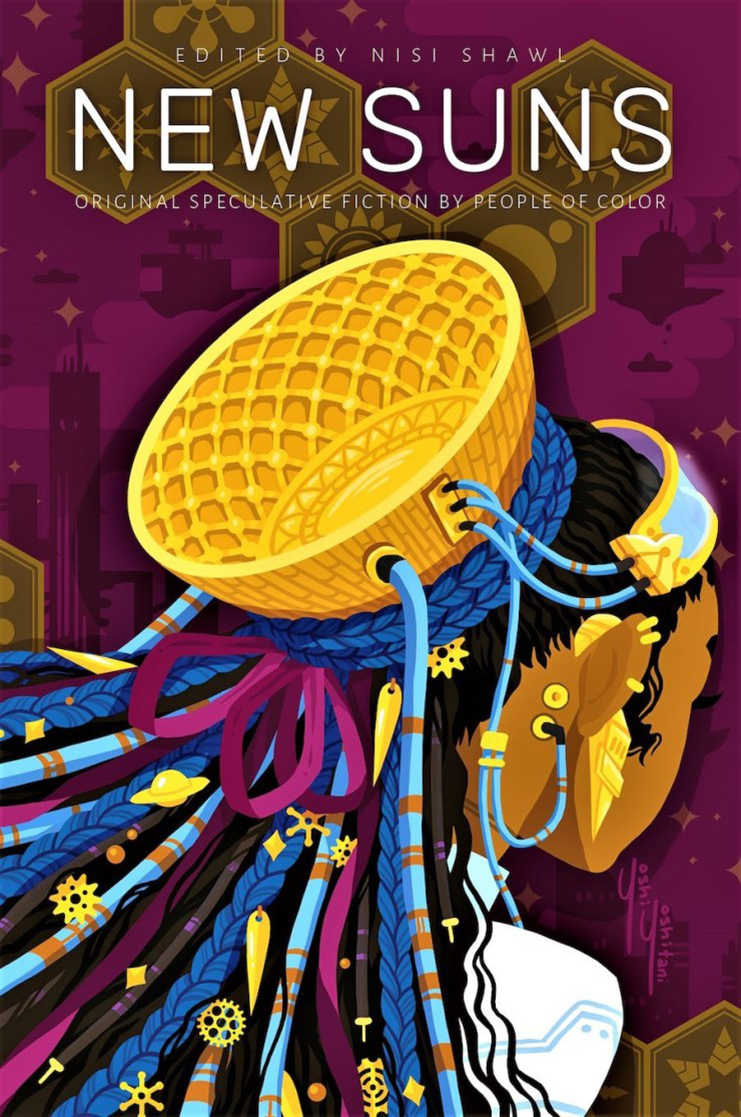 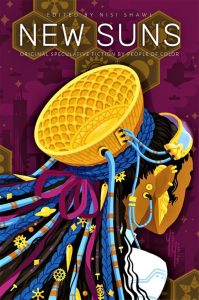 “There’s nothing new under the sun, but there are new suns.”

The now-famous quote by the celebrated and deeply talented writer Octavia E. Butler (1947 to 2006), who spent her last years in Seattle, serves as a touchstone to spark the introduction of a new anthology of science fiction and fantasy writing, New Suns: Original Speculative Fiction by People of Color. The book’s 17 authors, mostly from the U.S. and Canada, were chosen by editor Nisi Shawl, herself an award-winning speculative fiction writer from Seattle.

“As a child I read a lot and in college I read Walk to the End of the World by Suzy McKee Charnas, a futurist feminist epic. At University of Michigan (Ann Arbor), I tried to write and publish my own story, I Was a Teenaged Genetic Engineer.”

At the age of 35 Shawl finally was published in a zine (Popular Reality magazine).

She then came to Seattle to study science fiction at Clarion West Writers Workshop. “The classmates that year became my writing cohort,” she noted. “Then as a volunteer, I came to know other students and faculty.” She eventually became part of that faculty group. “There were few Blacks and Asians involved then,” she stated, “But that has changed now.”

She points to the award of a residency at Hedgebrook, the writers colony on Whidbey Island, as a chance to solidify her writing skills.

“I was also friends with Octavia Butler. When we talked, she encouraged my writing and even supported me and other Black writers monetarily.” Shawl became close with other well-known authors of color too, such as Steven Barnes and Tananarive Due.

Shawl’s recent steam-punk novel Everfair (Tor Books, 2016), based on historic figures of the Belgian Congo colonial period, was very well reviewed. It was nominated for the prestigious Nebula Award.

“I disliked the idea that steam punk, with its inclusion of 19th century stream powered technology, validated colonialism,” she explained “So I decided to write my own story setting it in the Congo during Belgian occupation, one of the worst cases of colonial treatment of Africans.”

The New Suns anthology was published by Solaris, a British press that invited her to edit it. “I found there was a wealth of material by spreading the word to writers I know, so there was no open call,” she said. One of the first writers invited was Kathleen Alcala, of Bainbridge Island, a long-time colleague of Shawl’s, who has published writing in many different genres.

In an interview with Tor Books, a key science fiction publisher, she said, “As one of speculative fiction’s swelling number of authors of color I have spent years wanting so hard to put together an anthology just like New Suns. We are legion! And our stories are as diverse in range as they are unheralded in the genre. Nearly everyone I asked to contribute told me that at some point during the creative process they’d thought what they were writing would never be published, for various reasons: too angry, too light, too long, too weird.”

Among the 18 writers included in the anthology are these Asian and South Asian authors:

Lily Yu of Bellevue, who studied at Clarion West. She also works on virtual reality games “Her works are intricate and carefully thought out, intellectual,” Shawl said.

Hiromi Goto, an author and editor from Canada who has published many young adult novels. Her story in New Suns hilariously chases the character’s belly fat around the forest.

Indrapramit Das, who received his MFA from the University of British Columbia, was named Octavia Butler Scholar at Clarion West and now lives in Kolkatta, India.

Jaymee Goh is a Malaysian writer, poet and critic who also studied at Clarion West. She now lives in Berkeley.

Minsoo Kang is a history professor at the University of Missouri (St. Louis). He has translated and published a number of books and stories.

Anil Menon is a writer and blogger from Kerala, India, and also a computer scientist who earned his PhD degree from Syracuse University. He has many short stories and young adult books to his credit.

Noting that there are other African diaspora speculative fiction anthologies indicating there is interest in this genre, Shawl reported that New Suns has been well received, with more than 4,000 copies sold thus far.

“I want to do another one, maybe with the same publisher,” she expressed. “I really hope that readers will take more and more notice of these writers or color.”

But Shawl admits to having plenty on her plate, with the looming completion of a middle-grade historical fantasy book focusing on girls for publisher Lee & Low Books.

And in the not-distant future, she has a contract to write a sequel to Everfair.

Adding to this busy season that includes travel to the East Coast to teach writing seminars, Shawl has a book of short stories melding science fiction, religion and sexuality coming out. It is Talk Like A Man, from PM Press.

In the advance publicity, the publisher states that Nisi Shawl is a “cutting-edge Afrofuturist icon whose politically charged fiction is in the grand feminist tradition of Ursula K. Le Guin, Octavia E. Butler, and Suzie McKee Charnas. In these previously uncollected stories, Shawl explores the unexpected possibilities and perils opened up by science fiction and fantasy’s new intersectionality.”

It sounds like yet another successful direction for this adept literary artist who makes her home in Southeast Seattle.

Nisi Shawl will read in Seattle for her new book of stories, Talk Like A Man, at 6:30 pm on Friday, November 1 at the University Bookstore, 4326 University Way NE, Seattle. Free admission.