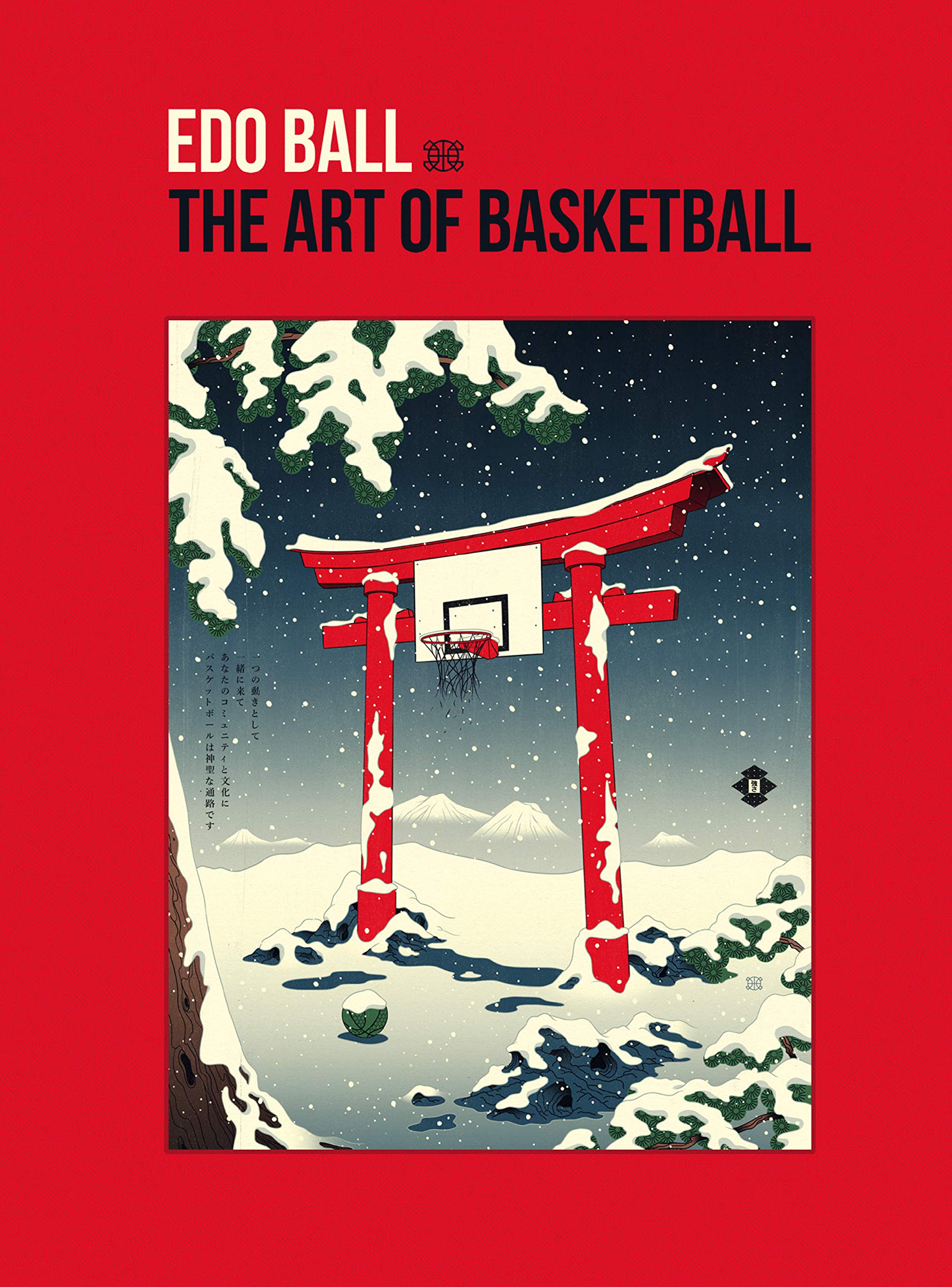 In an exquisitely rendered but quirky art book, an ancient Japan is reimagined as a battleground where the great basketball icons spar in a fantasy world filled with ghosts and samurai. While the premise might be easy to dismiss, the artwork in Edo Ball: The Art of Basketball casts a powerful spell upon viewers who dare to venture in between the covers. The familiar subtle shapes, tones and spirit of classic ukiyo-e (Japanese woodblock prints) first entice, then dynamic design and visual caprices grab, making once unimaginable juxtapositions wonderfully magical.

Edo Ball is Australia-based professional illustrator Andrew Archer’s loving tribute to the two great passions in his life – basketball and Japanese art. The depth of his understanding is the reason for the success of the Edo Ball project, which began with just two paintings in 2013. Since then, the acclaim and success of Edo Ball artworks has grown, and the series has continued yearly, with an exhibition at Vienna’s Museum of Applied Arts and installations in Japan (NBA Japan Games in 2019) and New York. However, Archer’s hope has long been for a book version of his creations, and Edo Ball: The Art of Basketball is that dream’s realization.

The root of the success of his Edo Ball illustrations come from his personal obsessions and dedication. His daily habit of playing pick-up games started when he was 17 and continues to this day. In his twenties, he spent three years traveling through a score of Asian countries, where he constantly initiated impromptu games with locals, making basketball the language of connection. This rigor is the same one he applies to his art.

One of his early portrait choices for Edo Ball was Kevin Garnett, a choice that was based not only upon Garnett’s “skill set,” but also upon his “intensity” and “unmatched work ethic,” which, not surprisingly, perfectly aligns with that of Andrew Archer’s.

Almost every single stylistic element in Edo Ball is the result of his thorough understanding of centuries-old woodblocking print style and culture. This mastery results in his accurate application of subtle hues and shadings, traditional Japanese motifs, and other stylistic elements. Archer’s reworking of specific classic ukiyo-e are clearly more reverential rather than parody, and perhaps most importantly, no detail is overlooked because of sloppy work or ignorance. The too often seen non-Japanese stylistic faux pas are absent here.

The unique look and range of featured works are impressive, and all are meticulously crafted with elements of fantasy and whimsy with occasional splashes of bold color. Faceless Kuniyoshi-inspired ghosts and skeleton warriors waging war with basketball titans make a showing in some, and in others, figures are infused with character inspirations and poses from Hiroshige, Hokusai, Utamaro, and even Goyo.

Underlying everything, however, is the artist’s powerful composition that first hooks, then commands attention. Archer proves that he is both a master of traditional ukiyo-e composition and the dynamic forms of manga.

His process begins with line sketches, where he proofs the all-important compositional layout, and where the shape of things are easily seen amidst the sparse outlines. Edo Ball’s chapter devoted to just sketches adds both appreciation and understanding of Archer’s process.

The reproduction and paper quality is excellent, and the slightly oversized format showcases the art admirably and is nicely balanced by its lean heft. The previously mentioned sketches, a chapter of cleverly illustrated basketball objects, and a bonus removable frameable print are plusses, and everything is safely shrink wrapped in clear plastic.

Each featured illustration has a short description on the facing page and titles in both Japanese and English. These are to the point and have a poetic feel that is consistent with the Japanese feel that permeates everything. In addition to explaining images, they also reveal something of the artist’s inspiration and thought process.

No doubt this collection is not for everyone, yet more will appreciate Edo Ball than those who do not, including non-basketball fans and manga-illustration aficionados. NBA followers will especially enjoy seeing what the artist has done with the greatest of the great of the past dozen years, with the likes of Lebron James, Shawn Kemp, “the Ghost,” Vince Carter and Kobe Bryant portrayed here, along with more than a dozen more.

Basketball aside, Edo Ball: The Art of Basketball is a light-hearted, but still devoted tribute to the ukiyo-e masters of the past who have captured the world’s attention over the past 150 years, including now the world of basketball.