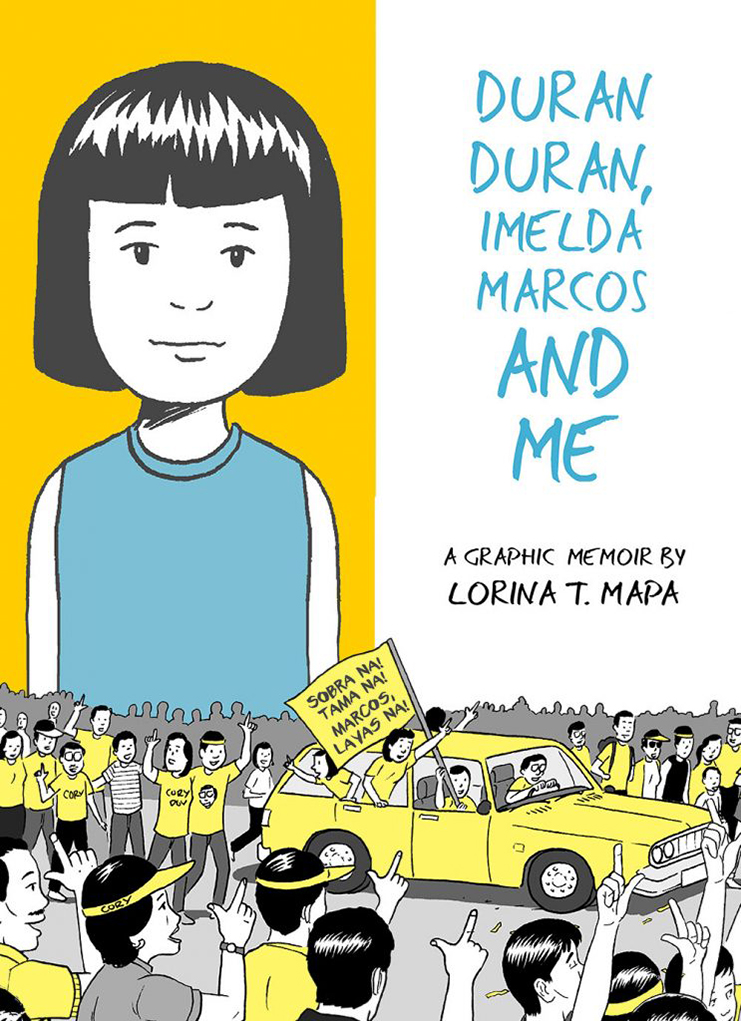 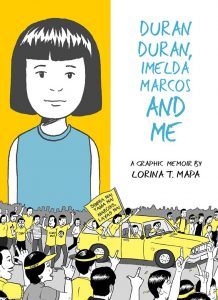 On February 22, 1986, people young and old spanning all professions gathered at the Epifanio de los Santos Avenue in Manila, Philippines, to peacefully protest the corrupt 20-year presidency of Ferdinand Marcos and the extravagance of his wife Imelda.

The buildup to the People Power Revolution started in 1983 when a beloved senator, who had been exiled in the U.S., returned to the Philippines to run against Marcos, only to be assassinated the minute he stepped onto the tarmac.

The unjust death of beloved leader Benigno S. “Ninoy” Aquino Jr. spurred a once passive country into action. The Laban sign – fists clenched, index finger and thumb stretched out to form the letter “L” – became the symbol of a country to fight against oppressive and ineffectual leadership.

Reminiscent of the Flower Power Movement during the seventies with actions that seem to presage the forthcoming iconic protests of Tiananmen Square three years later, Filipinos, young and old, calmly stood in solidarity and confronted armed soldiers with peace offerings and stubborn resistance.

This pivotal moment in Philippine history is just one of the stories artist Lorina Mapa covers in her graphic memoir Duran Duran, Imelda Marcos, and Me as she relives her childhood and young adult years after she finds out about the sudden death of her father whom she had a close relationship with. The second child and the first girl in a family of five, her father had nicknamed her Princess and renamed her the Original Princess after her younger sister was born.

Mapa and her father were often inseparable, and although she was a tomboy and had different interests and tastes compared to other girls, her father accepted her for who she was and never admonished or tried to change her, always treating her like she was the best.

“Looking back, I realize I’d never felt my dad was disappointed with my oddness,” she reflects. “At 13, I still chose wallpaper patterns of dogs for my bedroom and drew comic books about superheroes and talking animals. I had a big nose and a bad haircut, and I walked like Tony Manero from ‘Saturday Night Fever.’ But not only did my dad call me ‘Princess,’ he treated me like one.”

Her father’s death triggered a wave of memories as she struggled to accept the reality of his permanent absence. This sudden loss, caused by a traffic accident in the Philippines, embarked Mapa on a soul-searching journey even after she returned from her father’s funeral in the Philippines.

“When my dad died, I felt as if the best part of myself, the child that had been kept alive in his eyes all these years, had died too,” she writes in her Kickstarter page for her memoir. “Then I realized that in a way, I could bring us both back to life.”

Her revelation and inspiration led her to the graphic memoir, a project she calls “a love letter to my parents, family and friends, country of birth, and perhaps even to myself.”

As Mapa remembers the endearing things her father used to do, her journey to the past examines her family history, starting from her paternal great-grandparents. Mapa comes from a line of strong females from both sides of the family, which may explain her headstrong character from a young age. Although Mapa’s family comes from a privileged background, she often saw people who were less fortunate such as the blind beggar children or the legless man she saw camped outside of her church every Sunday.

“Why him and not me,” she would often wonder, plagued by guilt. “I learned to count my blessings that I even had feet. Or eyes, for that matter.”

This experience is in direct contrast to the ones her sons have on a daily basis. Living in an affluent suburban neighborhood, far from the hard-knock realities present in a big city, Mapa admits feeling like she failed as a parent whenever she listens to the frivolous complaints her children make.

As she moves on to her teen years, she stumbles into the world of rock when one of her cousins introduces her to Depeche Mode. While she listens, she experiences something akin to a religious awakening when she realizes for the first time there are people who have negative opinions about God.

“To this day,” she says, “when I hear ‘Blasphemous Rumours,’ I’m taken back to the shock and strange thrill I felt when I realized for the first time that not everyone in the world believed in God, much less a benevolent one.”

As Mapa underwent a pop culture revolution (falling hard for Duran Duran), her country was headed toward a revolution of its own after the assassination of Ninoy, and her story slowly takes a more political shift.

Duran Duran, Imelda Marcos, and Me is a heartwarming story that celebrates and encapsulates Mapa’s love and pride for her family and country. No stone is left unturned as she examines both the good and the bad, especially pertaining to her country’s history and culture. One of the reasons this graphic memoir appealed to me was that it was by a Filipina, a group I see as being highly underrepresented in the world of Asian American publishing (if such a thing even exists).

The book is highly informative and has a refreshing perspective. It was interesting to read about the upper echelons of Philippine society. The revolution was also something I had never heard of before, so the political climate and all the events surrounding the revolution was read with great interest. It helped me realize that the ’80s was a truly turbulent period for many Asian countries.

Never maudlin or preachy, Mapa’s engaging narrative style, wit and observations will have readers hooked from page one.