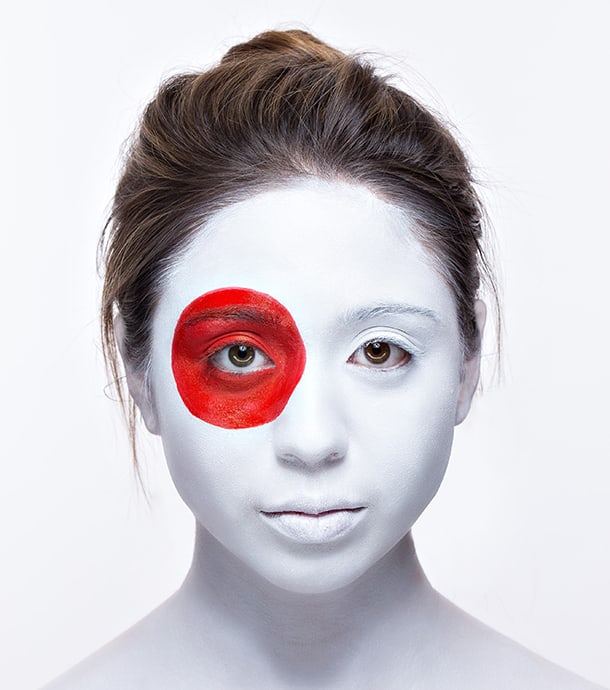 Keiko Green’s play Nadeshiko has traveled a long road, over the course of six years, before its current production this April and May by Sound Theatre Company.

Throughout the play’s development, Green changed many aspects of the characters and the story, but always kept the thread of the influence of Craigslist, the mostly free online ad listing, on contemporary life.  “It was always a bit of a love letter to Craigslist,” Green said.  “Craigslist was an incredible resource for many of us, living in a strange city, providing us with an opportunity to find long- or short-term jobs and housing.  Some of my best friends are roommates that I initially met through Craigslist.”

Green came to realize the dramatic potential of this modern networking system.  “What if there was a young woman who became a kind of ‘Craigslist Robin Hood,’ taking on all the gigs that no one else would do?” she asked.

After taking a break from Seattle and from theatre, Green returned to her idea with some new influences.  “All these ‘race plays’ started coming out — and they gave me some really complicated feelings,” she said.  “Our experiences with race and gender, I felt, were being simplified by many of the stories I was seeing.”

The contrast to Green’s own experience motivated her to dive back into her writing.  “My Asian roots make me feel unique, strong, fetishized, under-estimated, tokenized, and on and on,” Green said.  “It’s so complex, and I still struggle to find the right vocabulary to discuss my relationship with my ethnicity, especially as a mixed race artist.  I wanted to tell a story about the assumptions that people make about others.”

Green was inspired to fold World War II history into her play’s contemporary setting by her experience as an actor.  “In Seattle, I had been performing the play Within the Silence by Living Voices, about Japanese internment camps,” she said.  “I had heard that every seven minutes, we lose a WWII survivor. That statistic hit me hard.”

She highlights the telling of WWII history in the United States to the silence in Japan.  “In Japan, the history and role of the country in WWII is still extremely shameful,” Green said.  “People have literally tried to erase that history from textbooks. I wanted to write for a woman, now the titular Nadeshiko, who decided to tell her story, even though she’s not ‘supposed to.’”

Green describes her lead character as “an eclectic, funny, elderly woman who, at age fifteen, had the ‘volunteer’ job of waving goodbye to Tokkō pilots who were flying to their deaths during WWII.”

This theme was especially compelling for actor Ina Chang, who plays the title role of Nadeshiko.  “The play has a lot to say about how women accept or fight against the roles that are prescribed for them,” Chang said.

Actor Greg Lyle-Newton, who plays the White-Haired Man, agrees.  “As the father of a mixed-raced, adult daughter of Japanese descent who’s taught me a great deal about the obstacles she faces every day as a person of color and has, in fact, voiced the same concerns expressed by the women characters Keiko depicts,” Lyle-Newton said, “I wanted to contribute toward opening up that dialogue myself and hopefully furthering the conversation in a frank, authentic way.”

This exploration is at the heart of the role of Risa, a twenty-something woman played by actor Maile Wong.  “This character, and this play is general, constantly challenges our assumptions about race, gender, sex… you name it,” Wong said.  “Every day in rehearsal pushes me out of my comfort zone.”

Green emphasizes the collaborative nature of this project with the play’s director, Kaytlin McIntyre, and the show’s dramaturg, Sara Keats.  “First and foremost, I’m there to support Keiko’s writing and revising process,” dramaturg Keats said.  “I ask her questions to help her figure out what to tweak in the play and offer ideas about how to proceed.”

Green has found Keats’s feedback helpful.  “It’s a continuous process,” she said.  “Last year, I wrote as my heart told me. Since then, I did a significant amount of research, and worked with dramaturg Sara Keats and the director Kaytlin McIntyre to explore the story.”

As dramaturg, Keats also supports the entire artistic team.  “I also do a lot of research, in this case, in collaboration with the assistant director, to help the actors and designers understand the world of the play,” she said.  “For this play, that means a lot of research about cam girls and WWII Japan.”

The actors have found Keats’s efforts helpful in dealing with the challenges of performing in Green’s play.  Actor Josh Kenji, who plays Toshio, a World War II Tokkō pilot, reports that “the most challenging aspects of portraying Toshio is that he is a character from a time and place that is very different from our own.”

Kenji found it necessary to delve into history to understand the position of the Japanese Tokkō pilot, which is abbreviated from Tokubetsu Kōgekitai, or special attack unit, more commonly known in the U.S. as the Kamikaze pilots.  “I have heard many stories about Japan during war through history textbooks, documentaries, as well as stories from my Japanese grandfather while growing up,” Kenji said, “but in order to understand Toshio’s circumstances, I am delving further into the stories of these pilots and the people of this town in which the story is based.”

Likewise, actor Mi Kang, who plays the roles of Sue and Shoko, has immersed herself in research related to Nadeshiko’s context.  “My biggest challenge is to give Sue and Shoko justice,” Kang said.  “They are two strong Asian American and Asian females, and they deserve to be portrayed with depth and not as caricatures of Asian women. To do that, I’m exploring and researching what their lives are like.”

Keats’s role as dramaturg for Nadeshiko also provides support for the audience.  “There will be a program note, as well as some research materials online,” Keats said.  “Additionally, there may be some talkbacks after a few performances.”

Beyond these particular materials and events, Keats notes that the Umbrella Project, the new play development and resource sharing organization that she co-founded, is a developing partner on this production of Nadeshiko. “I think new plays like Nadeshiko are important because they widen our understanding of what it means and has meant to be a person in the world,” Keats said.  “Our current political climate calls for empathy and engagement, and the theatre is a great place to practice that.”

‘Nadeshiko’ runs from April 13 to May 7 at the Center Theatre at Seattle Center Armory, 305 Harrison Street, Seattle. For more information visit http://www.soundtheatrecompany.org/2017-season/nadeshiko.