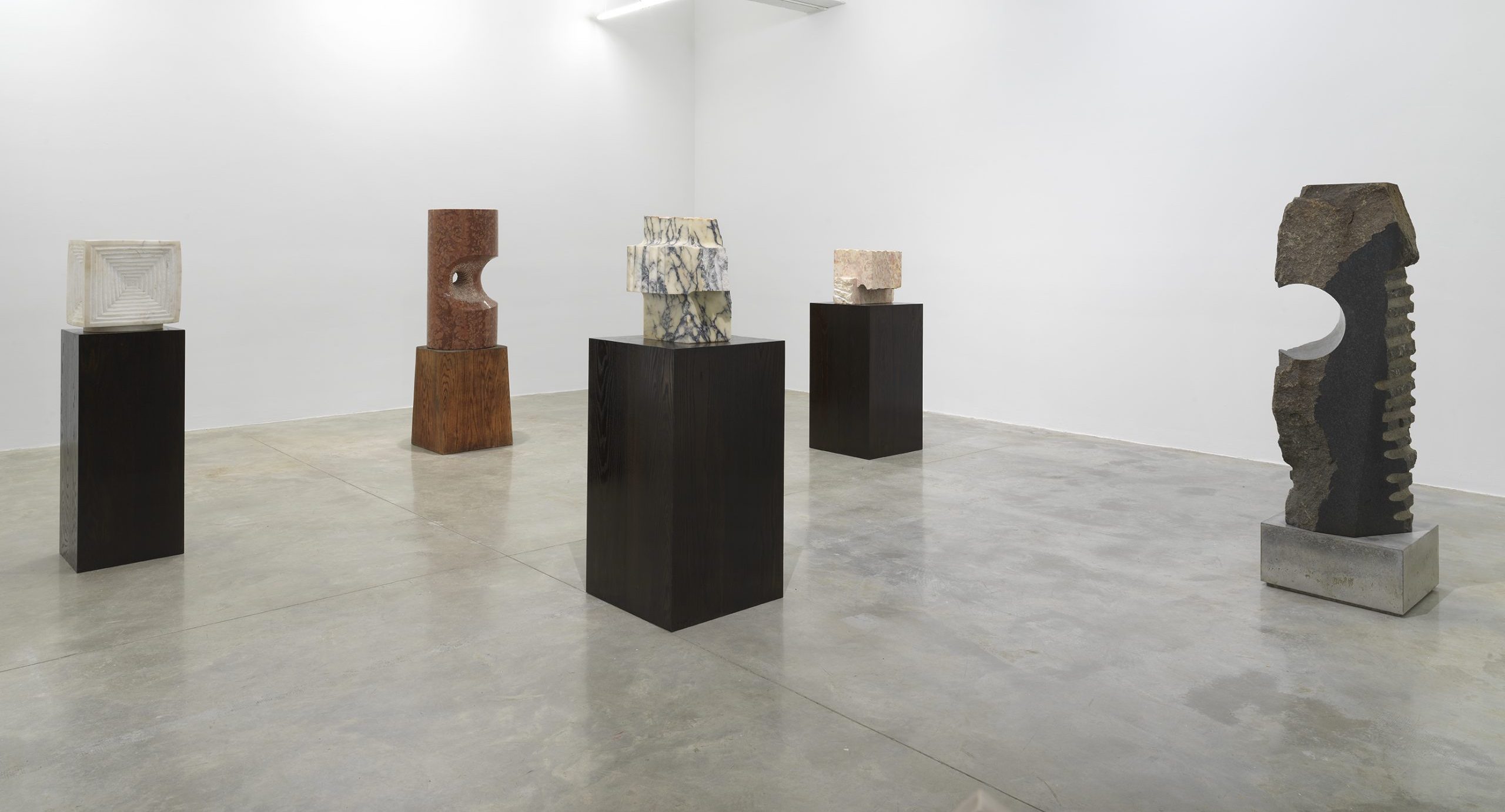 “When silence is prolonged over a certain period of time, it takes on new meaning.”
― Yukio Mishima

Mishima certainly spoke volumes in the quote above as it relates to this groundbreaking exhibition: The Unseen Professors: Leo Amino (1911-1989), Minoru Niizuma (1930-1998), John Pai (b. 1937),curated by noted poet and art critic John Yau and currently at the Tina Kim Gallery in New York City.

A concise display of about 30 works, the exhibition details the art of three Asian sculptors born in Taiwan, Japan and Korea respectively: Leo Amino, Minoru Niizuma and John Pai. Their lives served as an important part of the American Art movement of the 60’s and 70’s ― from the period of their immigration to America and their studies at universities and schools of distinction, all the way to their unique careers as artists and teachers.

With much taking place today in the area of underrepresented art and its artists, both of the past as in the present, nothing came most relevant and contemporary than this fine exhibition. Recognizing the importance of artists of color and their work and why, while revered by peers and institutions, they end up being ignored and forgotten by the mainstream art world.

The exhibition consists of three sections, that of John Pai, Leo Amino and Minoru Niizuma.

Upon entering the gallery, on the left one sees a distinctively detailed chronology of the artists ― from 1911 to the present. As one moves forward, the viewer comes across a long glass cabinet which houses unique pieces of ephemera: previous exhibition catalogues, letters, news clips and several photographs.

Upon entering the first gallery, the vision of the Korean-born Pai reflects quite vividly in several, finely executed works. Done in various degrees of welded steel, each work conveys a unique expression and persona unique to the others, a perception the artist found very important in producing his work― by “reducing to the basic unit and then building from there.”

One piece that could strike one as ideal to this approach is Paco’s Passion, 2020 (pictured left), a simple square that evolves organically into a somewhat figurative-like form, attracting and retracting in various directions, building off of each other to eventually build into a monumental body of space, shadow and light.

Another piece, Slice of Wave to Go, 1980, is quite precise in its construction. Like an architectonic seismic wave moving about in its own periphery, this work captures different stages of light and space, weaving in and out continuously within in own containment yet strongly expressing itself in a most living and organic manner.

In the second gallery, Leo Amino, born in Taiwan and migrating to the U.S. at the age of 17, embodies work that looks at themes of transparency, light, shape and color. Using a discontinued material (polyester resin), once used by the U.S. Navy, each of his works are most striking in its appearance and uniqueness.

One of these works, Refractional #27A, 1966 (pictured left), occupies several stages of light, color and shape, working in unison and floating within their limited placement; red, black, yellow and green shapes seem to gather momentum within a sphere of constant elevation and space. It is certainly this containment of activity that makes this piece most compelling and interesting to look at in all directions of the viewer.

Another work, Stamen, 1952, produced in both resin and wood, is quite unique and yet unrecognizable in its appearance. Surrealistic and symmetrical, the piece (which title means male reproductive part of a flower) certainly has a whimsical flair that is both otherworldly yet organic and earthy, as if its vegetative limps are reaching toward the sky for a new ray of light and a new beginning.

The third gallery, presenting the Japanese-born artist Minoru Niizuma, depicts several sculptures influenced by the movement know as Minimalism. Each work allows the viewer to observe the creative process of symbolistic, abstract and organic elements – elements that were the original intent of the finished work, not the one (the artist) producing it – in the end, the sculpture becomes itself.

The work, entitled Crenel, 1975, produced out of Verona red marble, is a fantastic work of what could easily appear to be the eye of an owl but in fact, the word crenel means notch in Old French. Interestingly, the piece takes on a kind of transitional occurrence – a solid, geometric form that grows into something whole, vital and alive in its presence.

Another work of impressive interest, Unknown, c. 1986 (pictured left), covers the artist’s ideal of taking a solid form and taking it through various transformations before achieving a kind of self-creation. Nicely executed on Italian Paonazzo marble, the work reminds me of early ancient crosses, broken apart yet most holistic at the same time. The natural color, design and texture of the marble certainly adds radiance and power, as if a statue of great influence and importance.

Overall, The Unseen Professors is a captivating and provocative show that presents much thought, curiosity and answers questions to all that come to see it.