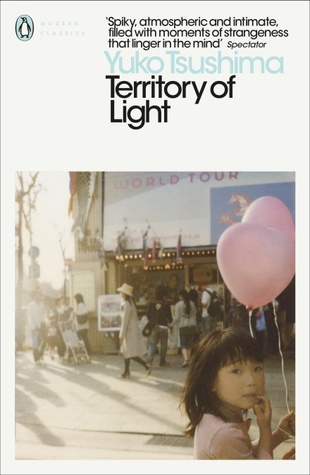 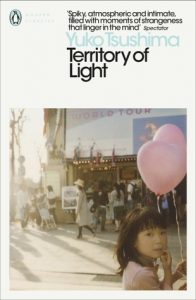 Territory of Light opens on a woman and her young daughter moving into a dump of an apartment, the fourth floor of a dilapidated office building. Though small, it has large windows on every side, and the views and access to light cheer our unnamed narrator and her daughter as they move in. Freshly separated from her husband, she takes it as a new beginning. Yet our narrator’s building is called Fujino Building No. 3, incorporating the surname of both her landlord and, coincidentally, that of her estranged husband. It seems the weight of that connection will not be as easy to shake off as it appears.

The 12 vignettes of this short novel follow the unnamed narrator as she goes about her days dogged by a persistent unease. How she came to this apartment, the history of her relationship with her now-estranged husband, and the effects this drastic change has wrought on herself and her daughter are all gradually revealed amid the ordinary rhythms of daily life, interspersed with episodes like when an irate neighbor confronts her about an upstairs water leak or when her daughter runs away from her in a park.

Readers expecting a tale of a down-on-her-luck heroine discovering inner strength or triumphing over adversity will walk away unfulfilled. Little happens in the way of a plot, and the other characters, including the narrator’s husband, are thinly sketched out. Instead, the primary focus is always the narrator and her small but intensely-felt world, as reflected in her thoughts, dreams, memories, and impressions. It is an unsparing and at times uncomfortable portrait.

We see the full spectrum of anger, frustration, exhaustion, fear, sympathy, and pure love that the narrator feels as a single mother. Though she can tell her daughter has been negatively affected by her husband’s absence and her own inconsistent caretaking, she frequently finds herself at a loss and can only observe or downplay the unpleasantness around her. Readers may be appalled at her irresponsibility at times, self-absorbed as she is with her own misery. But even as she gets into a drunken altercation with her ex-husband, sleeps with the married head of the PTA, and goes up to an insensate drunkard in the street to softly stroke his back, nothing comes to the fore so much as the incredible loneliness and vulnerability of her position.

This novel is less about a plot or progression of events than it is about entering a specific state of mind: that of a lost woman with no one to depend on and nowhere to go but forward, into the sort of absolute and blinding light that illuminates but can also obliterate. It’s not a light read, but it’s worth understanding.