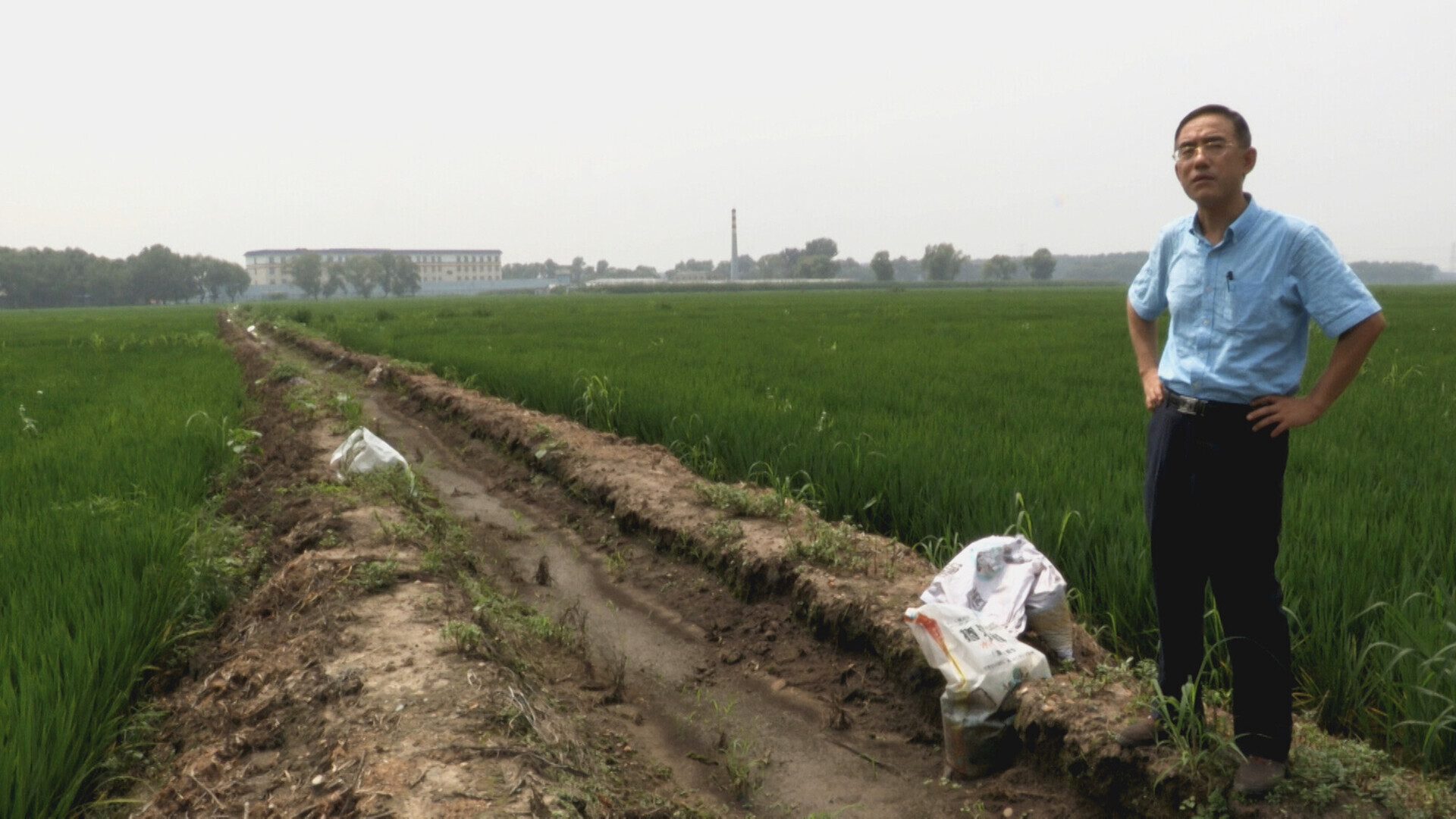 The phrase “Made in China” has become so ubiquitous worldwide that it is easy to accept and take for granted. Consumers, busy with their own lives and intent on finding the best deal either for themselves or their family, ultimately might not even give the conditions under which the products were made a second thought.

Letter from Masanjia, the latest documentary from Leon Lee, is a poignant reminder that consumers need to remain vigilant and mindful about what they are buying and supporting as Julie Keith, mother of two living in Damascus, Oregon, learned abruptly in 2011 while sifting through some unopened Halloween decorations for her daughter’s birthday party.

Hidden between two Styrofoam tombstones was the letter that would later trigger a storm of media frenzy. The opening sentence of the letter seemed to plead politely, “If you occasionally buy this product, please kindly resend this letter to the World Human Right Organization. Thousands people here who are under the persecution of the Chinese Communist Party Government will thank and remember you forever.” The letter claimed to be written by a prisoner in the notorious Masanjia Labor Camp, known as the “place of nightmares,” and briefly detailed the working conditions in the camp.

“My very first thoughts were, ‘Is this real?’ and, ‘Is this a hoax?’, but the urgent tone made me take it seriously,” said Keith. “After I confirmed through internet searches that this place and the torture people went through there was all too real, it broke my heart. I felt terrible that many detainees there weren’t criminals; they were just caught in a terrible situation and abducted because of their beliefs, and this letter-writer was one of them. I was shocked.”

After The Oregonian published a story about the letter and worldwide coverage ensued, an article about Masanjia Labor Camp was published in the Chinese magazine Lens, leading to public outcry in China, eventually pressuring the Chinese government to shut down its labor camp system in 2013.

“All the worldwide news outlets and response totally shocked me,” Keith said. “But I’m so glad and relieved it became what it did because of all the awareness and good that came from it.”

It was this letter that piqued Lee’s interest. Having already made the Peabody Award-winning 2014 documentary Human Harvest about China’s forced organ harvesting practices on prisoners of conscience, he was interested in shedding light on another inhumane practice that was hidden from worldview: The torture and persecution of Falun Gong practitioners, particularly through re-education labor camps.

“China is not as immovable as most people think,” he continued. “As soon as people understand they have more power than they realize, things could change very quickly, inside and outside of China. Time and time again, small but sincere actions by the international community, messages telling China, ‘We know what you’re doing and we oppose it. Justice is coming,’ have made a measurable difference in halting China’s criminal abuse. With more pressure will come more change. Widespread awareness is the first step toward change.”

Falun Gong, or Falun Dafa, is a meditation practice that was introduced to the public in 1992. It consists of gentle exercises that resemble tai-chi, and its teachings revolve around three core principles: truthfulness, compassion and tolerance. It rose in popularity and gained 70 million to 100 million followers by 1999. Although the Chinese government initially supported Falun Gong due to the overall improvement of people’s health and the decrease in crime rates, the Communist Party became nervous as Falun Gong supporters surpassed the number of its own members, which hung around 60 million. On July 20, 1999, Jiang Zemin, then head of the Communist Party, declared Falun Gong an illegal organization and started a massive campaign to eradicate it from China.

After years of remaining anonymous, the identity of the letter writer is revealed in the documentary as Sun Yi, a Beijing resident who had been detained, arrested and abducted several times for being a Falun Gong practitioner since 1999 and had been imprisoned in Masanjia from 2008 to 2010. Bypassing China’s internet firewall, he managed to watch Lee’s Human Harvest and was eager to work with him.

Considered to be a Chinese dissident after the release of Human Harvest, Lee was only able to communicate with Sun Yi through Skype with the aid of encrypted software. They first met this way in 2016. Because Lee could not film in China, it was up to Sun Yi to do most of the filming himself. Armed with a DSLR, iPhone and some online training from Lee, he recorded, with the additional help of an anonymous partner, footages of Masanjia and his continued activism with Falun Gong after his release. He sent compressed video footages through an encrypted site and would occasionally have delivered to Lee encrypted drives whose entire content would be erased if an improper password was put in. Having long been a fan of Chinese graphic novels, Sun Yi also provided sketches of his experience in Masanjia as a way of re-enacting the horrors he and other prisoners experienced there.

Letter from Masanjia is a gripping documentary that will perhaps inspire audiences to advocate for change and the issues they believe in. At the very least, it will have them questioning the products they buy and make them more careful consumers. It is a testament to one resilient man’s fight for justice despite being thrown with many challenges and dangers upon his family and his own life.

“He was so brave to continue his human rights work, even after the threats he faced,” said Keith, who had a chance to meet Sun Yi when he sought refuge in Indonesia. “He doesn’t have the stature of a very strong person, but even though he’s one of the most gentle people I’ve ever met, he’s also one of the strongest-hearted people I’ve ever known. I feel so honored to have met him.”

“It’s very hard to avoid buying things that are made in China because, the fact is, so much is made there,” said Lee, when asked what advice he could impart to people who wanted to make sure they didn’t support improper labor. “I say, be mindful, see what you can do to source from countries or places that have rule of law and human rights. But what will affect change much more swiftly is if everyone can be outspoken and proactive about ending the persecutory practices against Falun Gong practitioners, Christians, Tibetans, democracy activists and everyone in China. That way, a windfall of change and freedom is possible.”

“Letter from Masanjia” will be available on VOD/Digital platforms on Dec. 4. It is currently available for pre-order on iTunes.