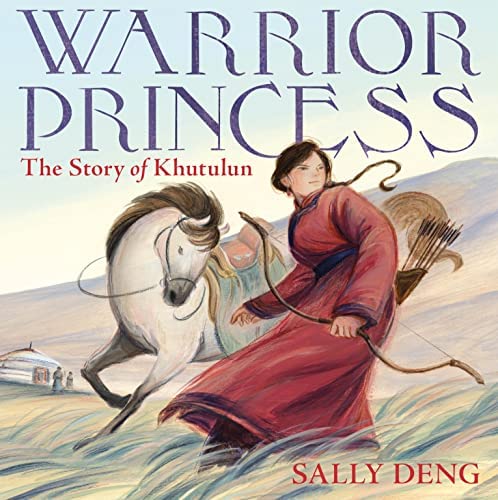 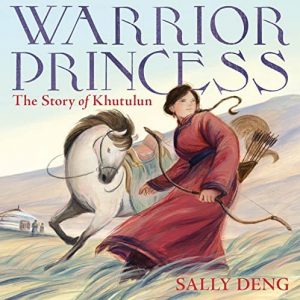 The great-great granddaughter of the great Genghis Khan was certainly no shrinking violet. Khutulun, Princess of Mongolia was born to be a great leader. Under an ancient moon, in the arms of a khan ruler of Central Asia, she was ordained among her siblings to reach her fullest potential. She could do everything that her fourteen older brothers in her tribe could do and better. Preparing to become a warrior came naturally to her. She would excel at wrestling, archery, and horseback riding. Though her mother urged her to study military strategy and languages, she had the heart of a fighter. Adorned in cultural dress, the head pieces and the riding outfits, this biography of one of the most formidable warrior princesses in the thirteenth century is lore. And fearless she would remain against many and legendary at wrestling.

Deng’s art has been featured in American Illustration, Society of Illustrators, and the ADC. The style of Khutulun’s blue wrestling singlet is spunky and non-anachronistic. Motion-blurred brushstrokes accentuate Khutulun’s powerful moves. In her typical charm, the artist’s addition of the Mongolian Bankhar guard dog on random pages makes the setting complete. In the Author’s Note, a revelation of the many versions of Khutulun’s tale should appeal to her inquisitive audiences. Deng’s arduous research pieces together many sources. By her own admission, retelling, centuries old, and fall shorts from the original story although her version is honest and engaging. An accompanying glossary defines Mongolian familial terms and historical words of interest. A refreshing biography about a strong female character by multi-award-winning author, Sally Deng.

Recommended for preschoolers (5-7) interested in learning about BIPOC princesses who can command an army set in ancient Mongolia.