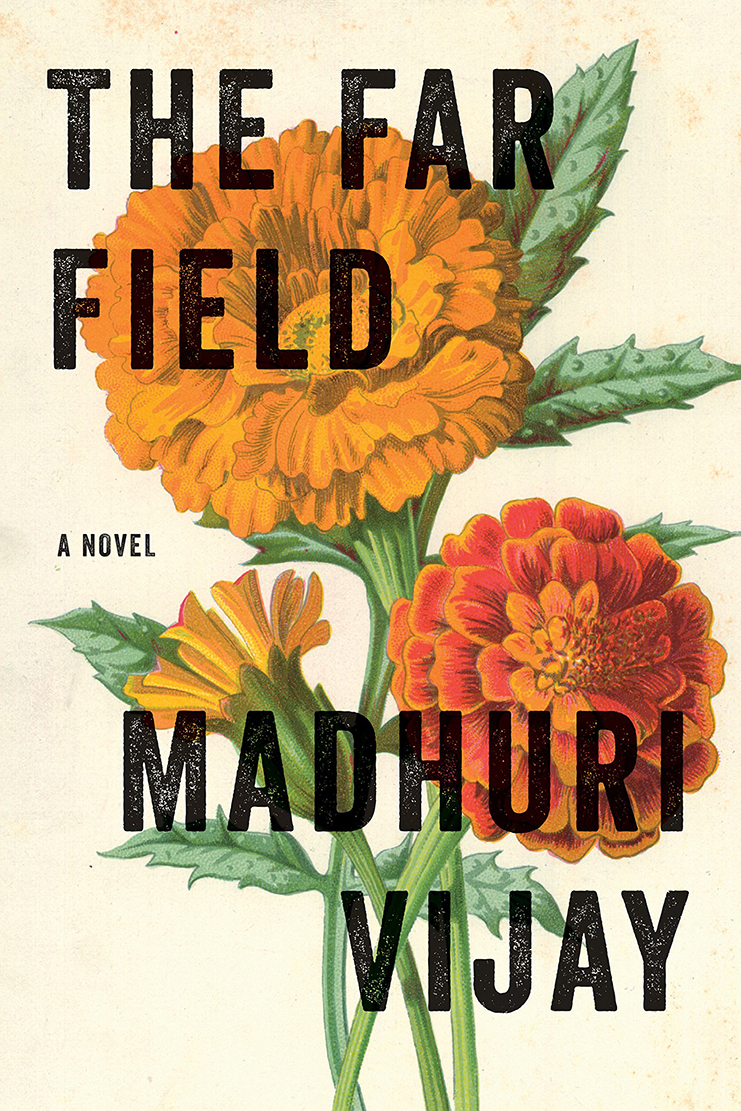 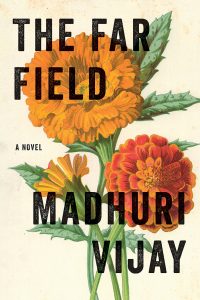 Since 1947 when the Indian subcontinent split into two nations, India and Pakistan, Kashmir has been a place that both nations have fought over. For Kashmiris, the last 71 years have been filled with violence, political uncertainty, displacements, and more recently, struggles between jihadis and an occupying Indian army. For most Indians living outside of Kashmir, particularly in the South, Kashmir is known mostly as a beautiful place with lakes, mountains, and houseboats, often pictured in commercial Indian cinema.

The Far Field, Madhuri Vijay’s debut novel, follows a young woman, Shalini, who has grown up in Bangalore (the epicenter of India’s globalization), on a quest in Kashmir to find her late mother’s friend, an itinerant Kashmiri trader, Bashir Ahmed. Through the character of Shalini and her journey of self-discovery, the author brings Kashmir’s people and turmoil into the consciousness of her readers (both Indian and otherwise) and humanizes the place. Her Kashmir is not the idealized land of Bollywood romances nor is it the playground of terrorists, but a land and people caught between warring ideologies while struggling with loss, grief, and survival. Her novel makes us question what we know about Kashmir, how we know it, and how our knowledge (or lack thereof) might have terrible consequences.

The protagonist, Shalini, is the only child of an upper middle-class couple. Her father is a highly educated entrepreneur and her mother is an eccentric woman with a high school education whom tradition compels into marriage and motherhood. Shalini’s mother is not a warm, nurturing housewife or mother. She prefers her own company, does not suffer fools, and is distant with her daughter while fostering her independence.

When Shalini was a small child, an itinerant trader of Kashmiri clothing, Bashir Ahmed, stops by their home. The handsome trader and the eccentric housewife strike up a friendship, and Shalini bears witness to their growing fondness for one another. He tells the mother and child stories about his land and people and brings a certain warmth into their lives. While it is never clear if the mother and Bashir Ahmed actually have a sexual relationship, it is obvious that their relationship is erotically charged. The father does not know of this and when he does meet Bashir Ahmad who comes to their home seeking refuge from the political turmoil, the father uses Ahmad as a tool to explore the politics and to show off his guest to a bunch of friends.

Offended by that experience and unwilling to destroy the life of the family by taking the mother away with him, Bashir Ahmad leaves stealthily in the middle of the night with just a word of farewell to the eleven-year old Shalini. The mother becomes depressed, sleeps away her days, and becomes increasingly eccentric. When Shalini is away in college, her mother kills herself. The distraught Shalini, who is unable to find meaning in her life several years after her mother’s death, decides on a whim to go to Kashmir to seek Bashir Ahmad. She intuits that finding out his story and trying to connect with him would somehow bring her closer to her mother and give her closure. The novel tells the story of her journey of discovery in Kashmir, her political education, and her relationship with the people of Ahmad’s village and extended clan.

The narration weaves back and forth in time between Shalini’s childhood and present time in Kashmir and draws the reader into the lives of compelling characters, each of whom is created with depth, empathy and individuality. Shalini, the clueless middle-class girl without a purpose; her eccentric mother who may have struggled with mental health issues; her kind but bumbling father; Zoya, a Kashmiri mother of a boy who has disappeared; Amina, the ebullient and down-to-earth daughter-in-law of Bashir Ahmad, Muhammad Din, the village leader, are all characters who leave a deep impression on the reader.

The novel does not offer any trite conclusions about Kashmir or seek to solve the problems nor does it offer us a protagonist who has miraculously transformed. Although Shalini’s experience of Kashmir is intense, she does not necessarily achieve understanding of herself or of Kashmir in the end and leaves the reader without “solutions” to the political situation. However, the narrative leaves the reader wondering about the ethics of engaging in politics from a distance and interrogating how well-meaning interventions might have devastating consequences.
Madhuri Vijay reads at Elliott Bay Books on January 27 at 3:00 PM.

ABOUT US
Since 1974, it has been the mission of the International Examiner to serve the Northwest’s Asian Pacific American communities by providing accurate, in-depth, timely, and sensitive coverage of issues which affect us.
Contact us: [email protected]iexaminer.org
FOLLOW US
© All Rights Reserved. Made with ♥ by drgdrp