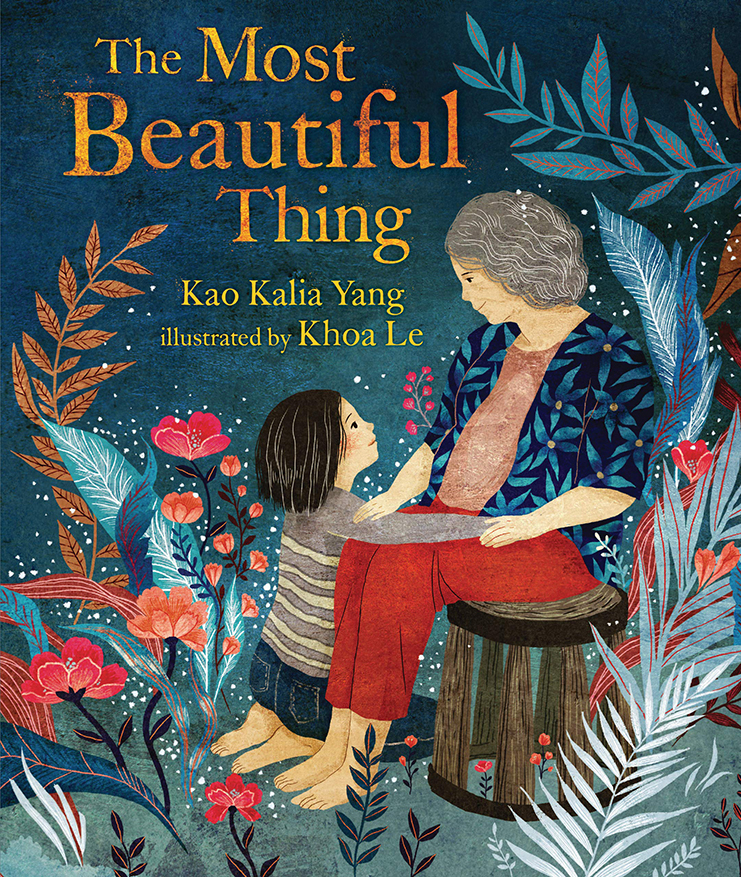 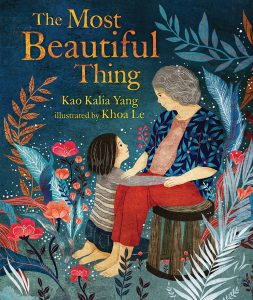 The Most Beautiful Thing is a lovely picture book about Kalia, a third grader whose Grandma is a Hmong immigrant from Laos. Kalia loves her Grandma so much and believes it is an honor to care for her. Though Kalia wishes she had ice cream and a new dress, she realizes family is more important than what can be bought.

The story tells the tale about Grandma’s life in Laos and how she did not always have shoes or other belongings that she would have liked. Her Grandma’s parents died when she was little, so she took care of her younger brothers and worked in the family fields. In the United States, Grandma’s children and grandchildren watch over her and love the stories she tells.

The language is beautiful, almost like a poem. The illustrations are extraordinary with beautiful colors showing the plant life in Laos and life in the United States. The people look like real Asians, not stereotypical representations. The drawings also add many cultural aspects to the story and show the deep warmth in the family and the love Kalia has for her Grandmother.

The only aspect I would suggest to a parent or teacher who reads this book to their children or students is to ask them to suggest a better title. Kids are usually smarter and more creative than adults. I think the book should be titled My Most Beautiful Grandmother. The end of the story says that the Grandmother’s smile is her most beautiful thing, yet a smile is more than a thing because it can represent the special love between a grandmother and her grandchildren.