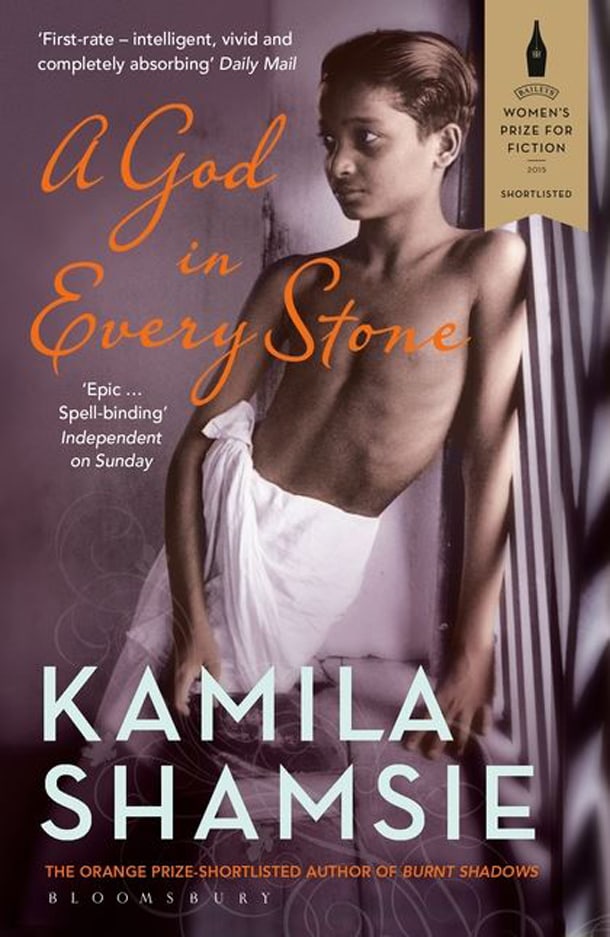 For fans of the English colonial narrative such as Paul Scott’s The Raj Quartet(televised as The Jewel in the Crown) and E.M. Forster’sA Passage to India, Kamila Shamsie, the Pakistani-British author, offers in A God in Every Stone a narrative filled with plucky English women, brave Afghan soldiers, lost ancient artifacts, and the heat and dust of colonial India.

Vivian Rose Spencer is an intelligent and educated Victorian woman eager to travel to Ottoman Turkey in search of its glorious historical artefacts. A fortunate encounter with her father’s oldest friend, Tahsin Bey who is an archaeologist, allows Vivian Rose to set off on an archaeological dig in search of the lost amulet of Scylax, the explorer. Predictably, Vivian, who has serious daddy issues, falls in love with Tahsin Bey. The romance is interrupted by the political inconvenience called the Great War and shifting political allegiances disrupt her romantic moment. The disappointed Vivian returns to England to nurse a broken heart and wounded soldiers until called upon by His Majesty’s government to assist with military intelligence.

Switch to the second narrative thread, the story of Qayyum Gul, a Peshawari soldier fighting in Ypres. His brutal war experience, the bonding of soldiers on the battlefield, the ugliness of racism that interrupts homosocial bonds of wounded soldiers shape his view of the English imperialists who have conquered his homeland. He returns home having lost an eye in the war and his path briefly crosses that of Vivian Rose in a train carriage. Qayyum returns, gets embroiled in local anti-imperial politics, offers heavy doses of paternalistic advice to his eager teenaged brother, and sees British repression of colonial subjects in Peshawar. Add to the mix a brave and dark-eyed local woman waging her own private rebellion against British soldiers. A young teenage brother becomes Vivian Rose’s acolyte and through the benevolence of the English woman discovers his people and history. The two storylines intertwine and plot lines are resolved with a few well-placed tugs to the heartstrings.

Shamsie might be somewhat ironic in her narrative or so one hopes in order to make sense of an Orientalist narrative. How else to explain a novel that seems glamor struck by British imperialism and the ability of colonial masters (or mistresses) to  explain the mysterious East to a handful of deserving imperial subjects?