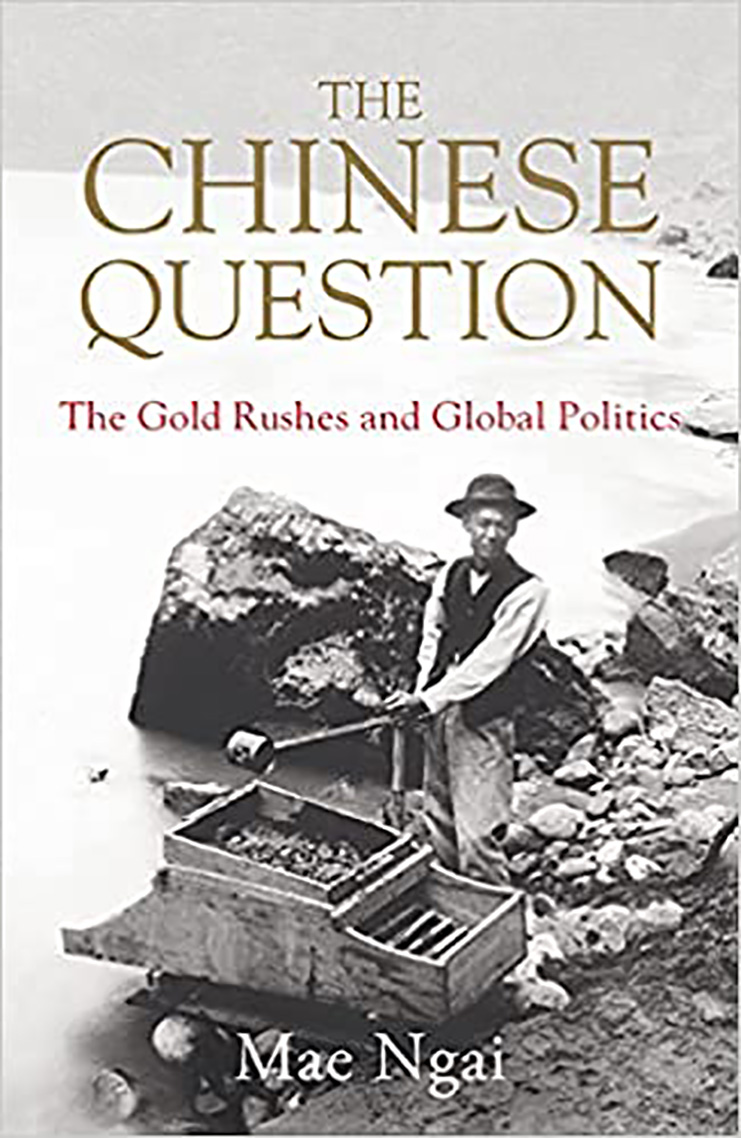 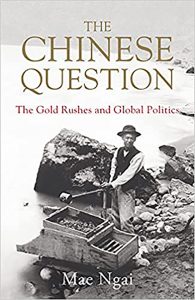 Mae Ngai’s The Chinese Question: The Gold Rushes and Global Politics explores a defining period in Chinese emigration that took place between the mid to late 19th century. Ngai closely analyzes how governments in current day South Africa, Australia and California created and confronted their own “Chinese Question”, as in questions she defines as determining whether the Chinese were a “racial threat to white, Anglo-American countries” and if they should “be barred from them.” With this in mind, Ngai explores how Chinese emigrants were received by Anglo-controlled territories and the methods of exclusion, exploitation and violence that were enacted on them.

She effectively employs her knowledge and counters the dominant narrative of the Coolie Chinese which paints early Chinese sojourners and emigrants as poor indentured servants. By narrating individual experiences of 19th century Chinese emigrants, she connects how this Chinese diaspora influenced global trends of their time and today. She relays important facts and statistics to readers both as a researcher from a third person point of view and through the eyes of the individuals whose story she is telling. It is the personalization of these stories that Ngai uses to emphasize the humanity and resilience of the Chinese in South Africa, California and Australia during the mid to late 1800s.

Aside from the relations between Chinese and white immigrants, Ngai highlights a multitude of interactions between the Chinese with one another and other communities. Of these significant yet often overlooked groups in history that were addressed were Indigneous peoples. Throughout the book, Ngai acknowledges how the presence of Chinese in colonized territories contributed to the overall displacement of Indigneous communities as well as Indigenous participation in gold rushes.

Another interesting aspect that Ngai’s work covered were the romantic relations of Chinese laborers such as the partnerships of Chinese men with Aboriginal, African and white women. The presence of same sex relationships among men within these Chinese communities was also included. Through the inclusion of these partnerships, Ngai creates an insightful read on the politics surrounding these relationships but also on how early Chinese emigrants navigated these different ethnic relations.

There is no denying how impressive Ngai’s research and efforts are to cover the many facets of the Chinese Question. Expanded exploration around the experiences of Chinese women would have strengthened the narrative. Although there were significantly fewer Chinese women than their male counterparts in these territories, their presence still held considerable influence in how local governments treated the Chinese overall. As Ngai delves into the origins of the Coolie myth as well as other racist propaganda towards the Chinese, it would have been interesting to read more on the lives of these early Chinese emigrant women and how they navigated white settler colonies just as Chinese men did. Additionally, because of the sweeping amount of information Ngai discloses into this novel, it can be difficult to keep track of the names, places, and issues being discussed and I found myself referring to the index quite often. Although doing this may interrupt one’s reading, it demonstrates Ngai’s thoroughness.

Overall, The Chinese Question does an amazing job explaining Chinese resistance against both racial and economic suppression both as individuals and as a collective. Ngai’s
extensive research is showcased in how she navigates the intricate historical backgrounds of political campaigns, legislative policies, and origMains of racist sentiments held towards Chinese emigrants. Furthermore, Ngai’s ability to link the perceived threat of Chinese emigration from a period nearly 200 years ago to the contemporary attitudes and stereotypes our society has towards immigrant and Asian and Pacific Islander communities shows the pertinence and relevance of truly understanding this history.