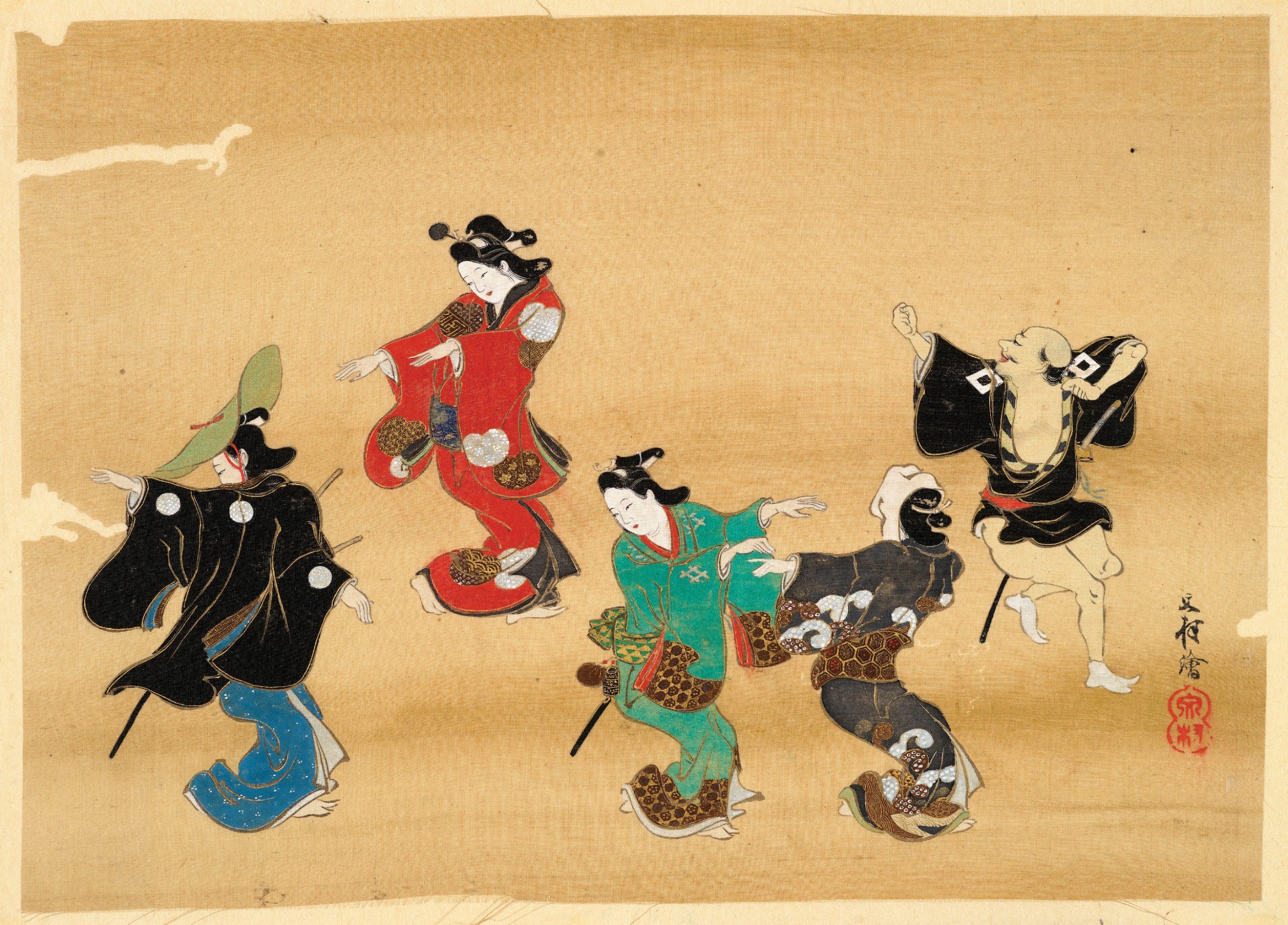 “Beauty is something that burns the hand when you touch it.”

This quote certainly came to mind as I graced the various rooms and galleries of this quite stark yet refreshing exhibit entitled A Third Gender: Beautiful Youths in Japanese Prints, organized by the Royal Ontario Museum, Toronto, and currently at the Japan Society in New York City.

This exquisite showcase of over 70 prints details the lives and mores of the Wakashu, male youths that served as an important part of life within the royal hierarchy of Japan’s Edo period (1603 to 1868). With much taking place in the spheres of the global LGBT movement, nothing can be more contemporary than what I saw in this exhibition—a period where liberties of gender and sexual expression were allowed and accepted as a way to explore the overall human condition. The works here provide an inkling of what these freedoms meant in Edo-period Japan.

The first section, “Identifying Wakashu in Edo Culture,” relays on the establishment of Edo (known today as modern Tokyo) by the shogun Tokugawa Ieyasu as a base for his headquarters and as a result, turning a small village into one of the world’s most popular urban centers at the time. With prosperity came a society where sex and gender was a requisite for further advancement within such realms, not only for men and women but for adolescent males as well. Thus a “Third Gender” was created in the form of Wakashu, a personality that was either women or man and of service to the important figures of Edo’s high society. Distinguished by the small shaved spot on the top of the head and clothing of sheer ambidexterity by some standards, the wakashu were definitely amongst the demimonde of the period—alongside Kabuki actors, geishas, and other acceptable outcasts.

One print that conveys such a concept is “Wakashu with a Shoulder Drum,” a color woodblock piece (late 18th—early 19th century) by Hosoda Eisui (active 1790—1823). The work is unique in that it is produced in the format of ōbuki-e (“large head picture”), stressing the beauty aspect of the image. This is apparent in the exquisite details of the hairstyle, eyebrows, kimono, and the shoulder drum, common in Noh theatre productions—thus, a combination of sensuality, preciseness, and color.

The second section, “Desiring Wakashu,” the ideology of the ruling shogunate was on social harmony through strict hierarchal structures, those being of class, age and gender. Such an order gave way for outcasts, such as Kabuki actors and prostitutes, to shine amongst the smart set of the higher classes as celebrities. The Wakashu was quite desired and considered the best representation of beauty in Edo society.

Entitled “Two Wakashu, One Playing Shakuhachi,” dated 1782 by Torii Kiyonaga (1752—1815) this color woodblock pillar has two images in unison yet distant in their stares; it is suggested that this may be due to the possibility that the one with the instrument is a government spy musically coercing its listener, who is a possible outlaw on the run. Nevertheless, one cannot take away the beauty of the work, plus the sexual ambiguity between these two figures.

The third section, “Transgendering Tradition, Celebrating Youth,” presents the daily life of the Wakashu in the manner of the mitate-e (parody pictures), where the viewer learns of the different stages of gender through the guises of youth, beauty and health, thus representing a somewhat symbol of vitality in its various presentations of dress, style and care-free playfulness.

The color woodblock print “Youth on a Long-Tailed Turtle” as Urashima Tarō,(pictured) done in 1767 by Suzuki Harunobu (1725—1770), is a fantastical rendition (based on a legend) of a wakashu fishing while on top of a large turtle. The color and imagery of both subjects are quite profound in its execution to finite detail; the dark tones of color work majestically within an image of a dark seascape and somber-looking setting sun.

The final section, “Dramatis Personae: Performing Gender in the Edo Period” covers the tradition of Kabuki Theater and the presentation of the Onnagata: male actors who would concentrate in performing female roles, and its effect on the cross-dressing and gender aspects that became the norm in the Edo Period. Notable to say that the wakashu did take upon playing these roles after female actors were banned in 1629 yet in turn, they were banned to perform these roles in 1652, thus giving way to male actors to portray the form of onnagata and by the 18th century, personifying the ultimate representation of the ideal feminine beauty.

This ideal is greatly evident in the work “Dancing in a Kabuki Performance,” done by Kaian (Megata Morimichi) (1813—1880), created sometime in the 1880’s. Nicely executed on silk, the scenario is of a Kabuki performance where five figures are dancing in a sensual, rhythmic fashion: two figures (dressed in red and green) are portraying wakashu, while the other two are women. The only male in the scene (known as otoko) danced in a fighting manner, yet engaged in a very festive manner.

Overall, A Third Gender: Beautiful Youths in Japanese Prints is a captivating and provocative show that with bring about delight and further curiosity for all interested.

The exhibition will be on view at Japan Society (33 East 47th Street in New York) till June 11.