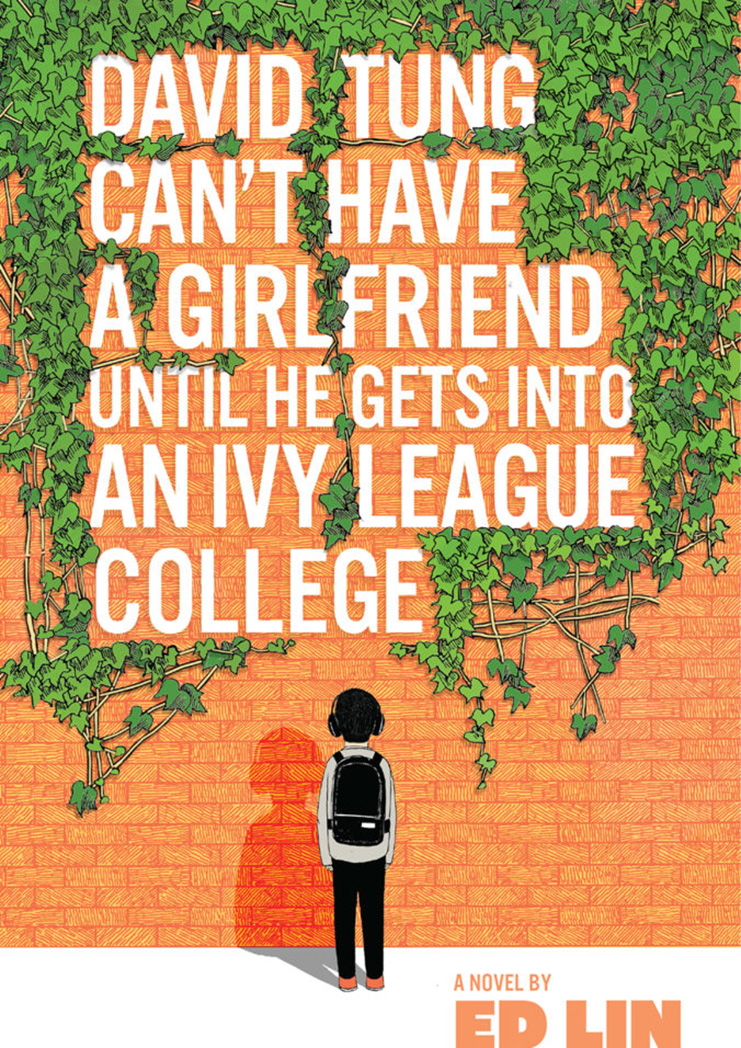 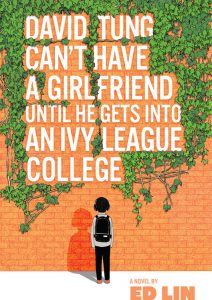 If you were David Tung, attending Shark Beach High, in suburban New Jersey, what would you make of the cutthroat academic competition? In Ed Lin’s Young Adult novel, David is a sophomore who ranks eight out of a class of 240. Shark Beach High is known for receiving 20 to 25 Ivy League college admissions offers every year which is one of the highest for their size in the state. Eighty percent of the student body is Asian American; 25% are immigrant and highly competitive.

Of his school, David reports: “CNN came to Shark Beach High to interview students when Harvard was being sued for allegedly discriminating against Asian-American applicants. The non-Asian reporter they’d sent tried so hard to push us equivocating kids into saying something substantial, but nobody wanted to jeopardize their own upcoming applications…CNN should have known better than to put ‘success’-focused kids on the spot, but hey, our faces, not our voices, were what they wanted most.”

It’s these “own” voices that make up the heart of David Tung Can’t Have a Girl Friend Until He Gets into an Ivy League College. Narrated in first person, the best part of this humorous, sweet coming-of-age study, is getting to know the main protagonist: how he observes and describes a situation, how he strategically decides to respond, how he editorializes. He’s a smart, sensitive young man who, through these growing pains of dealing with race and class, learns much from his mistakes and assumptions.

Ed Lin cleverly inserts statistics and sociological trends through David’s clarifications as when a friend cites an entry about Shark Beach from Wikipedia: “I had to correct him again. ‘That 40% figure for the general population includes a lot of non-Asian empty nesters.”

David Tung is not the typical representative of Shark Beach High. Unlike the rest of the moneyed student body “who hit the country club on Sundays after church,” David spends much of his time at the family’s restaurant, Tung Gardens, working full-time every day and night. The staff consists of David, his mother and father, and his Auntie Zhang who does all of the cooking.

In David’s words, “My parents expect me to get better grades by listening to them yell at me.” David owns an ancient phone and favors a green-and-black checked shirt tucked into brandless jeans: “In class photos, I’m always underdressed as hell.”

David is propelled into an awkward social situation once popular, pretty, and financially well-off  Christina Tau asks him to a dance, knowing his mother’s rule that he’s not allowed to have a girlfriend. David’s immediate response is, “My left hand shook, but I made sure to type my number in correctly. I handed back her phone and gave a little gasp. I had forgotten to breathe for a moment…My mother’s going to kill me, I thought.”

Lin’s chapters fall out routinely as David catches the bus to school, goes to his different classes, does his homework, attends Chinese school on Saturdays, and works at the restaurant on a weekly timeline just a real teen-ager would. This novel is chock full of characters. But there are no real villains in David Tung Can’t Have a Girl Friend Until He Gets into an Ivy League College. From a memory of when he was younger, David admits how he used his own social stature by making fun of the “new fobby kids and how they always smelled like Tiger Balm” until he made someone cry at recess. David goes on to explain complicated emotions: “I’ve learned that being fresh off the boat is a complex issue for many Asians…we cringe a little when we hear new kids mangling English. It reminds us of the older generations wrapped up in the old traditions, people who don’t get it. The fashion-handicapped and the socially inept.”

David is sensitive to his fellow classmates’ motivations because this affects his own social standing. When another student in homeroom takes a swig of alcohol from a flask and tells David to keep quiet, kicking the bottom of his chair for emphasis, David considers: “Percy II made a big show of throwing Listerine strips in his mouth. But he must’ve reconsidered his earlier behavior because a moment later he leaned in and whispered to me, ‘Seriously, Dave, please don’t tell.’ I nodded.”

Even the teachers at Shark Beach High have different masks and personas—the ones they have as instructors in front of the classroom and what David observes in the faculty lounge. Of Miss Muntz, his Algebra/Trig teacher, he notes: “I looked at her face, seeing for the first time a person and not just someone I needed to get an A from.” There are also the four delivery boys who are physics graduate students with undergraduate classes as part of their fellowships and are paid “shit” for their teaching.

David’s other world is his Chinese school that he attends on Saturdays, where his friend Chun thinks David is rich. This is where David gets to smoke with Andy and YK on the balcony. Many plot complications arise, but I won’t be giving away any more spoilers. The read is funny and mostly character driven. Ed Lin has done a good job of exploding aspects of the Model Minority Myth and putting a human voice behind each individual’s story.