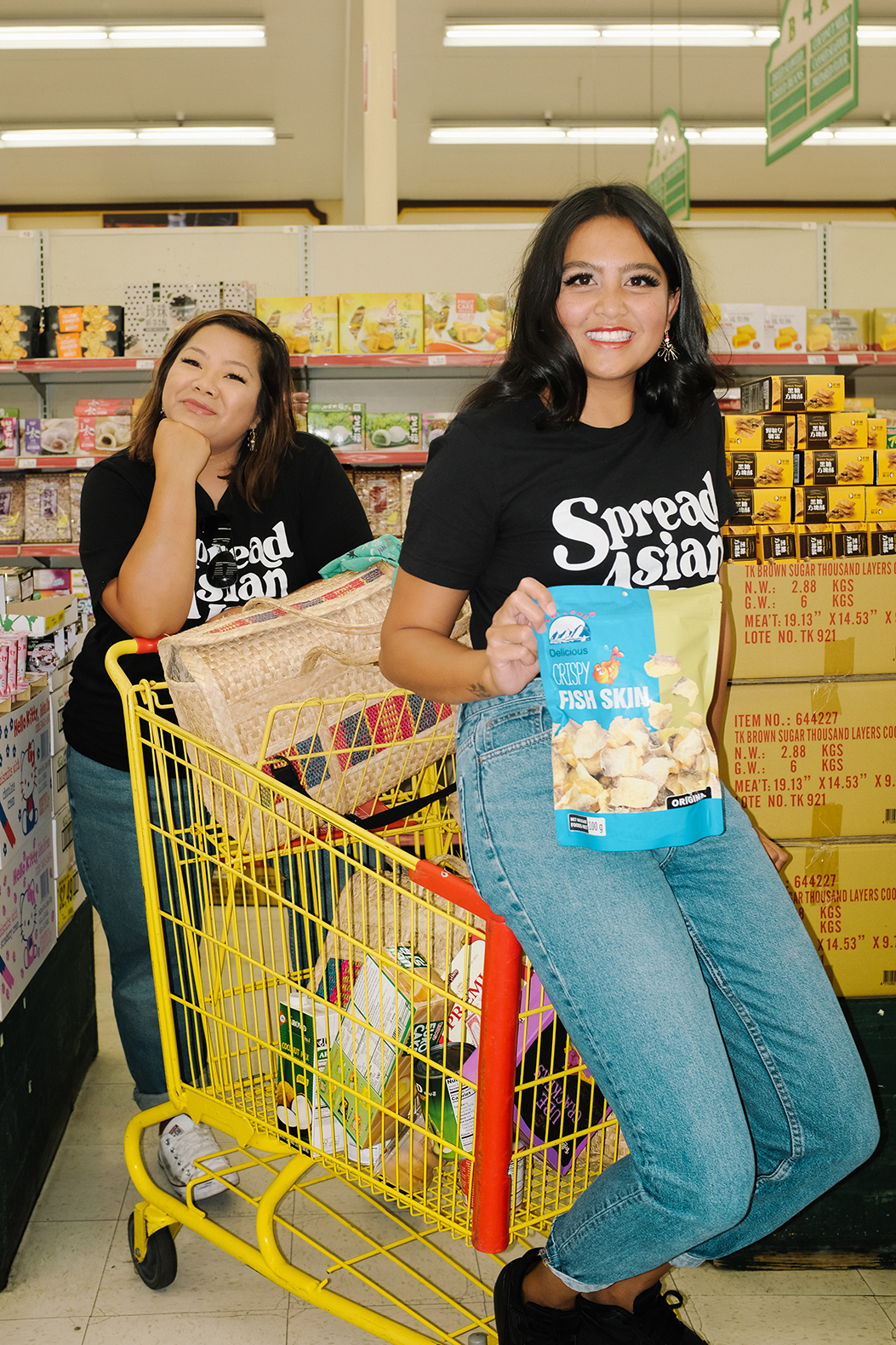 For the founders of Tuk Tuk Box, taking a leap of faith into the unknown is at the core of their business enterprise.  Now, this mission-driven Southeast Asian food subscription box brand is embarking on a  new partnership that highlights both the concepts of self care and self identity.

“We are excited to be working with Kevin Kreider and showcasing SANS. We love the flavor of this product but what really stuck out to us was the message,” said Tuk Tuk Box Founder, Christy Innouvong-Thornton.

Innouvong-Thornton and her business partner Beatriz Aurelio-Saguin are marking the 2023 Lunar New Year by teaming up with Kreider, an Asian American actor and model who rose to fame on the Netflix show, Bling Empire. He recently ventured into the entrepreneurial space by launching SANS, the first Asian-themed non-alcoholic beverage. Kreider says SANS highlights his story of an AAPI actor in Hollywood who went through a battle with addiction and came out on top.

“I’ve embraced being Asian American by really celebrating Asian Culture while also making my own, not letting anyone make me feel like I am not Asian enough or white enough,” said Krieder, a Korean-American adoptee. “ To me, creating Sans means bringing recognition to an underrepresented group and transforming the stigma around sobriety from something lame to something that can be seen as sexy and at the forefront of popular culture, similar to how Asian Americans were seen at one point”.

This mission of uplifting underserved AAPI voices has also been central to the work of the team behind Tuk Tuk Box. Launched during the pandemic, this social enterprise run by two millennial women, their initial goal was to share Southeast Asian stories through food. But over the last few years, that vision has since expanded.

“In the beginning, we were all about showcasing snacks and food items from places like Thailand, the Philippines and Vietnam that people either love all their lives or haven’t tried before,” said Innouvong-Thornton. “But last year, when we launched our Lunar New Year product, we were able to reach a bigger audience. That’s when we decided to incorporate other countries and cultures and we got great feedback from that”.

“So now with this partnership with Kevin, we get to share his Korean American story and tie his heritage into our Spread the Joy Campaign” adds Aurelio-Saguin. “We are not just highlighting a random product. We want to make sure our mission and brands align and this launch just happened to coincide with Dry January and Kevin’s sobriety journey”.

Tuk Tuk Box’s “Spread Asian Joy” campaign launched during the height of anti-Asian sentiment in this country. Through storytelling and supporting accomplishments of Asian Americans, the goal is to help reframe the negative narratives surrounding Asian American communities and celebrate our joy as a means of resistance.

This latest collaboration with Krieder and SANS will be part of this latest “Spread Asian Joy” campaign. During the month of January, Tuk Tuk Box is offering a limited-run box set which features a special edition Lunar New Year tote bag, Kreider’s Dragon Fruit Ginger beverage paired with his favorite Asian snacks and a special story card detailing his journey to fame. A portion of the proceeds from every purchased Lunar New Year box set will be donated to CAPE, a nonprofit whose mission is to advance AAPI representation by supporting the careers of entertainers like Kreider.

“Collaborations are important in the AAPI community because it’s about celebrating together, not separate,” said Kreider. “I spread joy by giving back to the community through my lived experience and by helping people connect”.

For the two women behind Tuk Tuk Box, they say this Lunar New Year is just the beginning of brand new collaborations and projects, including an upcoming cookbook showcasing recipes and stories from even more AAPI communities.

“It’s still mind-blowing to us sometimes where we are today from where we started,” said Innouvong-Thornton. “But we are still here, loud and proud. The work that we are doing and the opportunities we have go forward, it’s all something that we will never take for granted”.

To learn more about Tuk Tuk Box and their latest collaboration with SANS, go to www.tuktukbox.com and www.doyousans.com.