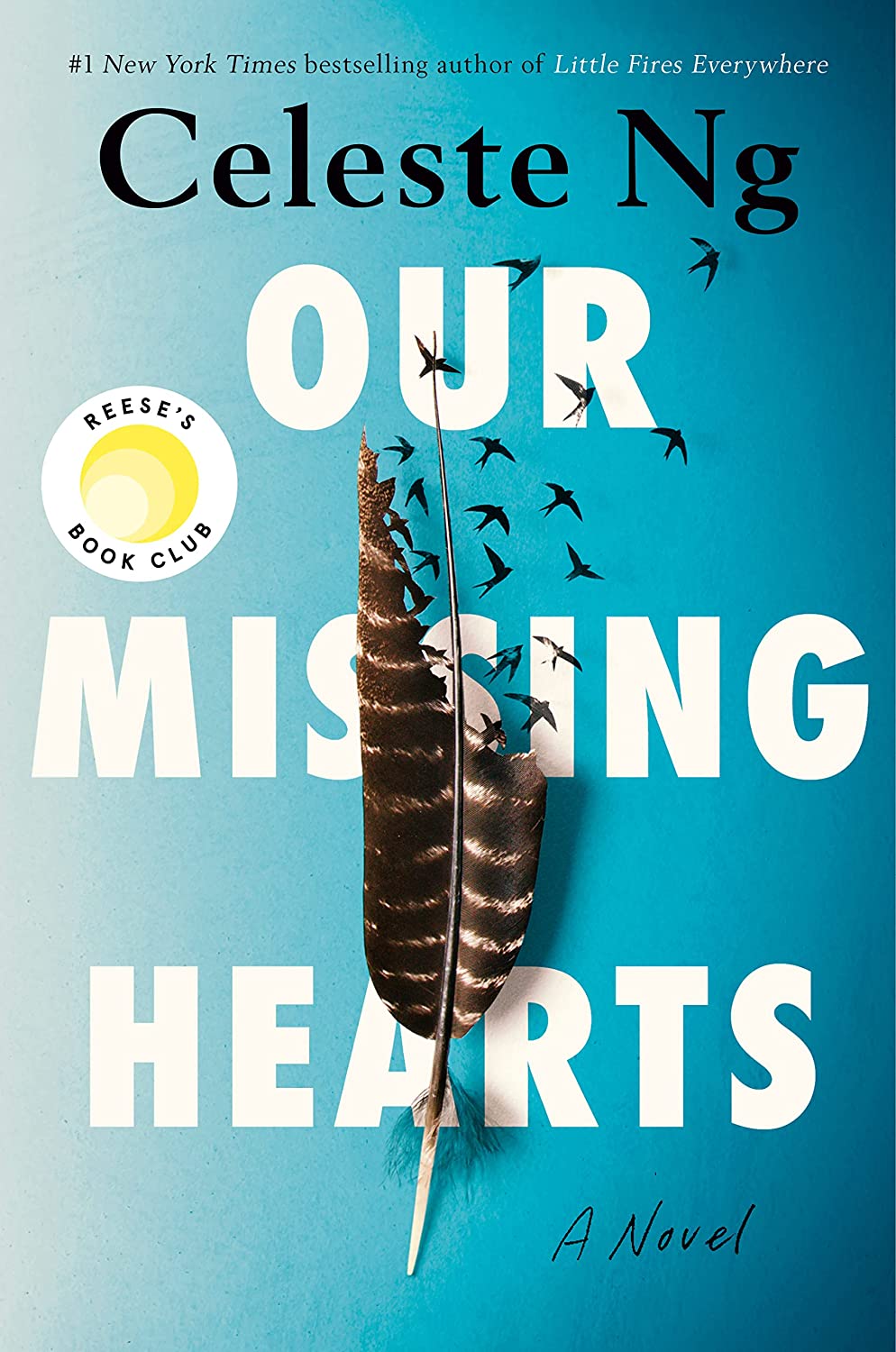 By the time readers finish Celeste Ng’s newest novel, they’ll understand it comes from a place of hope as much as it does fear.

Between Ng’s previous “Little Fires Everywhere” and her debut “Everything I Never Told You,” readers can reliably come to expect several things from her deftly crafted novels: electrifying observations on what it means to be a part of a family, and thought-provoking narratives that examine the ways people navigate society’s prejudices. Both of Ng’s prior works interrogate America in the past, but “Our Missing Hearts” takes us to a speculative near future, and while its execution isn’t perfect, her foray into a world parallel to our own is enlightening as it is unsettling.

The novel is set in a time where America has passed a law named PACT, which allows for the targeting of anyone harboring sentiments the government deems anti-American. This manifests in the persecution of anyone of Chinese descent (or thought to be), for America reviles and scapegoats China as the reason for its own decline. The bigotry of this law takes various forms; at its most extreme, the program allows for the taking and relocation of children away from their parents who are said to be in violation of PACT. The law argues that this is a safety measure, and that adults who harbor these nation-endangering thoughts should not be allowed to pass them down to their children. In the culture of fear spurned by PACT, many refuse to speak out; bigots are emboldened in their public hate crimes against Asians.

In a world so harrowing, the novel focuses on the life of Bird Gardner, an inquisitive preteen boy of half-Chinese descent whose lives with his father, but mysteriously abandoned by his mother — a Chinese American poet named Margaret, whose work is censored across the country.

Everywhere Bird turns, he sees fractures: of protests around him against the unjustness of the world, of his best friend Sadie who was separated from her parents due to PACT, of desperate assurances from his father to authorities that Bird and himself are loyal to America — and no, they don’t have any lingering ties to Bird’s mother.

But Margaret raised Bird to be perceptive, and soon he picks up on enigmatic clues that lead him on the trail to hopefully discover the truth — of both the circumstances of her leaving and the cascading events that led to the society he finds himself struggling to understand.

Based on Ng’s past work, it comes as no surprise that “Our Missing Hearts” is at its strongest when detailing the complicated dynamics between parent and child. Bird’s journey to piece his family back together is described in heartbreaking detail; under the same lens are the sacrifices Bird’s parents have to make to raise their child in the scarred remnants of a cultural war against a community America refuses to see as human. Intertwining all this are quiet, powerful musings about the ability (and sometimes inability) of poetry and other forms of art to effect change in the society around us.

On a cursory read, one might see this story as a desperate warning of what’s to come if we don’t fight back now. However, this is balanced by an understanding under Ng’s pen that the novel’s events are already informed by past and current-day atrocities — whether that be the separation of children from their parents, or the impact racist rhetoric against “foreigners” has on the prevalence of hate crimes. Dystopian novels by definition delve into life in the aftermath of ruin, but this novel recognizes a fundamental truth: for marginalized communities, events described as “apocalyptic” have already happened. “Our Missing Hearts” may call out as a warning, but imbued in that is a plea to recognize what’s already occurred and is still ongoing. The urge to act isn’t a question of bracing for the hypothetical worst to come, it says, specifically because the cycle of harm has always been and is in effect.

At the same time, PACT as a narrative device has its limitations, which is where the story quivers under the weight of its proposition. It doesn’t take the deepest dive into history to know that Asian communities aren’t the only ones stigmatized in this country for the reason of their “foreignness.” One has to wonder while reading: if the US in this novel is so onboard to enforce PACT to target anyone of perceived Chinese descent, then it’s likely to extrapolate similar landmark laws against so many others. Instead of painting a fuller picture of all communities of color learning new means of survival against white hegemony, “Our Missing Hearts” closes inwards on its lens of racism against Asian Americans, so much so that you are always asking yourself about what is happening to everyone else (casted off to the side, their meager on-screen presence never breaching surface level) in this constructed future.

“Our Missing Hearts” doesn’t mask itself in subtlety to tell its message. Reading it is like holding up a mirror with no imperfections on its surface; the clarity is startling. Some readers prefer to read literature to escape, while others navigate towards writing that comments on our society. At the same time, when the commentary is exceedingly blunt, that in itself can be a turnoff, as the veil of separation between what we’re reading on page and what we’re seeing on the news might as well be the same thing.

If a reader chooses to hold up this mirror, they can expect a passionate reflection that, if nothing else, will make them think about the decisions we make to stay afloat in a world swallowed by hate — and about the undeniable bonds between family that shine bright despite it all.