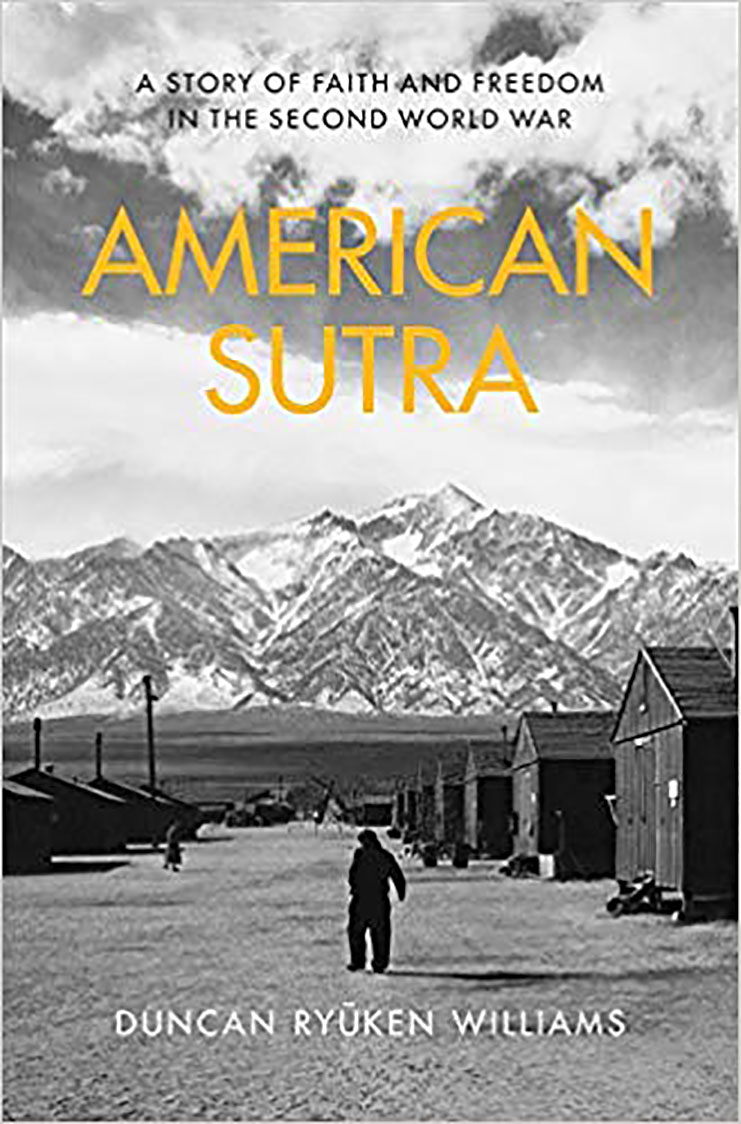 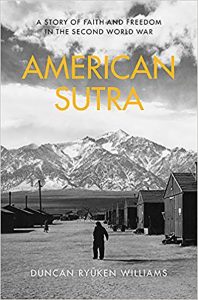 Some stories are patient, resting quietly underground for decades, waiting for the right storyteller. The history of Japanese American Buddhism in World War II is like this, the scholar Duncan Ryūken Williams learned. Seventeen years ago, a small courtesy to a professor’s widow set him on a path culminating in his book, American Sutra: A Story of Faith and Freedom in the Second World War, published earlier this year.

Once the first story found him, a swarm of others followed in its wake. Here’s one he heard from an imam from Honolulu.

Just after the attacks of 9/11, the imam noticed that an elderly Japanese American woman would come to his mosque every evening, standing patiently outside after dark. After a few days, he asked her why she was there.

The old woman explained that she was a Buddhist, and that after the Pearl Harbor attack, men fired on her temple with shotguns. Other temples were firebombed. Back then, she explained, no one came out to support Japanese American Buddhists.

She was over 90, but she went to the mosque every night to make sure someone was there for American Muslims.

In 2019, no less than 2001 or 1941, racial and religious discrimination are thoroughly entwined in US culture. The old woman never forgot this, but the same couldn’t be said for histories of Japanese American incarceration. “This is the first book on Buddhism,” Williams said. “If religion is considered, it’s usually been Christianity, even though it was a minority religion in the camps.”

Magisterial and engaging, Williams’s book redresses this gap, providing a comprehensive overview of the wartime experience of Japanese American Buddhists – a majority in the camps, U.S. military service, and the community as a whole. He shows how racism and religious intolerance fed on and intensified each other, long before the war.

After Pearl Harbor and before mass removal on the West Coast, Buddhist priests were singled out for FBI harassment, arrests and detention. Buddhism and Shinto were suppressed under martial law in Hawai‘i, and discouraged in camps on the continent. The authorities favored Christianity, associating it with cultural assimilation and loyalty to white America.

Nonetheless, Williams shows, Japanese American Buddhists showed determination and resourcefulness in maintaining their faith, and the community, or sangha, it sustained. In turn, Buddhism inspired them to survive persecution, and fortified their courage – as U.S. soldiers in the Military Intelligence Service, 100th Infantry Battalion, and 442nd Regimental Combat Team, and as resisters within the camps.

Ultimately, Japanese American Buddhists managed to chip away at religious discrimination in the camp regime, challenging the notion that this country and its ideals of religious tolerance are exclusively Christian. At the same time, Williams argues that the war accelerated Japanese Americans’ adaption of Buddhist traditions, in their eastward movement – laying the foundations of American Buddhism generally.

An ordained priest in the Soto Zen tradition, Williams is also an accomplished scholar, who has held distinguished positions at Berkeley and the University of Southern California. American Sutra has its origins in a request by Masumi Nagatomi to help sort the papers of her late husband, Masatoshi – Williams’s graduate advisor at Harvard.

Williams came across handwritten texts by Nagatomi’s father, Shinjō, including a journal and drafts of sermons delivered at his barracks temple in Manzanar. At the time, Williams – the child of a Japanese mother and British father, who came to the U.S. as a college student – had no background in Japanese American history.

Translating the papers’ peculiar, period vocabulary “was a crash course,” he explained. “Like, what’s a mess hall?” But as word got around that he could translate WWII-era Japanese, he found more and more families who wanted him to recover their stories.

While Williams’s academic career took off, he continued educating himself in Japanese American history as a “side project,” reading every book, thesis, and dissertation he could. “I’ve reached the point that people like Brian Niiya and Greg Robinson – super nerds of the field! – can read my book and say, ‘Oh, I learned something new,’” he laughed.

Two more world-class experts – Tetsuden Kashima, who taught at UW for decades, and the writer and filmmaker Frank Abe – helped kick off Williams’s book tour at Elliott Bay bookstore in February. He’s gone on to events at the Japanese American National Museum in LA, the Jewish Community Center in Manhattan, Sophia University in Tokyo, Yale Law School, Manzanar, and more.

The book’s multiple audiences include American Buddhists and scholars in several fields, but the “backbone” of its reception, Williams explained, has been the Japanese American community. “All these temples were putting up bulletins about the book even before it came out,” he said, adding, “I’m discovering JA Facebook!” Shortly after its release, it spent three weeks on the LA Times bestseller list, topping out at #3, just below Michelle Obama’s memoir, and three spots above the Marie Kondo juggernaut.

American Sutra opens with the elegant Zen poetry of the incarcerated Issei priest Nyogen Senzaki, and closes with the story of the Heart Mountain Mystery Stones – hundreds of pebbles found buried near an abandoned cemetery on the Wyoming concentration camp grounds, each painted with a single kanji character. Six decades after the war, scholars determined that they represented an effort by the Nichiren Buddhist priest and master calligrapher Nichikan Murakita to ritualistically transcribe the entire Lotus Sutra.

The legendary Yuji Ichioka once described the task of Japanese American historians as unearthing “a buried past.” Or so I’ve heard. Williams originally planned to complete his book more quickly, he said. But like Senzaki and Murakita, patience and perseverance appears to be the lesson his commitment to his faith and scholarship has taught him.
He’d thought the book would come out during the Obama administration, but he acknowledges it has a different resonance now.

On a Saturday in June, Williams went to Fort Sill, Oklahoma – the site of a wartime detention facility for Issei, as well as a former Native American boarding school and a prisoner of war camp for members of the Chiricahua Apache tribe. For once, he wasn’t promoting his book. He was participating in the Tsuru for Solidarity protest against government plans to use the facility as a concentration camp for immigrant and refugee children.

Sometimes, as Joy Kogawa has written, even a stone will burst with telling. Sometimes you have to trust that the stories themselves will know when their time has come.