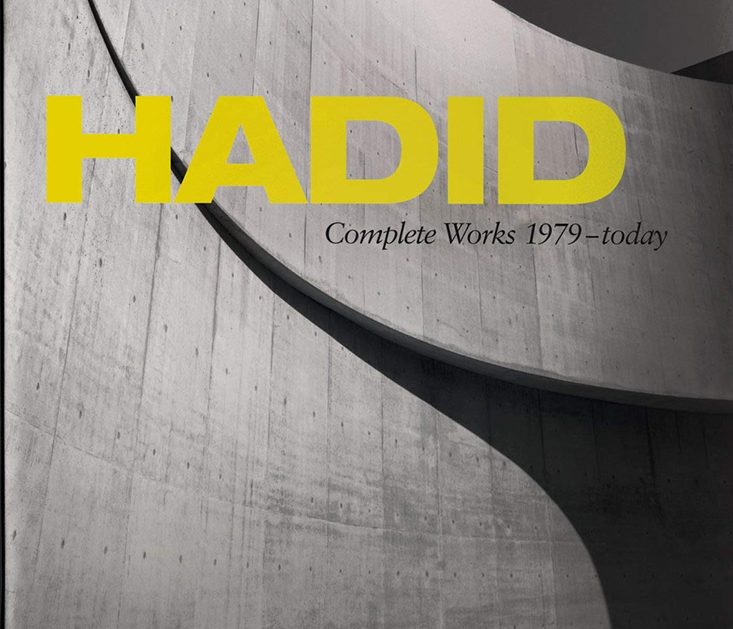 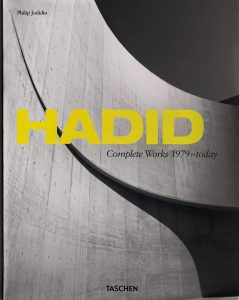 Zaha Hadid’s first encounter with the profession of architecture came when she was a young girl growing up in Iraq. Around the age of six or seven, her aunt began building a new house in Mosul. The architect, a friend of her fathers, would frequent the Hadid house with working documents of the project. The drawings and models sparked a light and intrigue in Zaha Hadid, becoming the first step for one of the most influential designers of the 21st century.

Zaha Hadid : Complete Works 1979 – Today chronicles the work of Hadid and her design firm, Zaha Hadid Architects. From early theoretical architectural works to the firm’s now abundant portfolio of internationally realized designs, the book brings together Zaha Hadid’s daring and unceasing commitment to the fields of architecture and design. Her investigations breached the often rigid walls of the architectural profession and also sought to explore infrastructure and bridges, furniture and interiors, fashion, and even cars. Hadid tragically died in in 2016 from a heart attack while she was in the hospital being treated for bronchitis, creating an undeniable void in the world of design. The book’s tracing of her career’s trajectory and works is a clear testament to how her mark on the fields of architecture and design will live on.

Author Philip Jodidio is well known for his writing on art and architecture, also bringing 20 years of experience as editor for the French publication Connaissance des Arts. Typically an architectural monograph might only carry interest for those who actively study or practice the profession. However, Jodidio’s compilation of Zaha Hadid’s narrative is a compelling visual story that has relevance beyond the architecture itself. Hadid is quoted saying that “architecture must enable people to think the unthinkable”. Her story tells of someone who uprooted an institution. Her formal explorations broke ties with the ideas of what architecture should be – how space is arranged, how it can be built, in addition to how it looks. As a woman, her work punctured what remains a male dominated profession. As a committed educator, she taught and inspired cohorts of students to think beyond what is established. Her work reflects being diligently imaginative of new ways to inhabit the world.

The main interest of the book will be the visual intrigue of the works themselves, buildings that twist, turn, and arc in ways that would look equally fitting in a science fiction film in outer space or the depths of the ocean. The complete works are divided into five main sections – Early Work, Built Work, On Site, Design Stage, and Selection of Products, Exhibitions, Installations. The sections are a timeline of Hadid’s work, showing the maturation that has occurred from the nascent conceptual stages to her standing as an internationally acclaimed designer of built works.

Hadid’s early theoretical works demonstrate her skill in art and composition. Her formal studies coalesce into intricately layered paintings that draw on her great interest in Russian Suprematism, one of the early movements in abstract art. The paintings explore form in ways that are not typical of architectural representation, which is often focused on exactitude. Instead, the paintings search for new ways to experience space playing with perspective and geometry.

The Vitra Fire Station in Weil Am Rhein, Germany, is Hadid’s first translation of her architectural theory and representation to an actual building. The result is a building with sharp, angular forms that jut out into space. The buildings pure forms are seamlessly made out of concrete and steel, a material palette that is common throughout Hadid’s work. The project marks the first fully realized building by Zaha Hadid Architects. The book follows the fire station with 54 buildings that span the entirety of Hadid’s career, including works that have been continued on by the firm after her passing. As the timeline progresses, the projects evolve in their complexity and daring. The included works are buildings like you have never seen before, a high rise tower that resembles the layers of a sea shell, a resort that is a massive cube imploding at its core.

The book’s inclusion of 32 products, exhibitions, and installations expand the breadth of Hadid’s design vision. Her furniture seems to grow out of the ground and walls, aptly named “Stalagmite” and “Moraine”. Her “Nova Shoe” appears to be walking away from you before you could even put them on.

Zaha Hadid’s work is not for the strictly pragmatic. She pushes what may feel comfortable in a building or common object. Aesthetically, the projects rarely fit into their contexts. More often they sit like objects of curiosity, hardly even looking terrestrial. This may be a sticking point or the appeal of the work. But ultimately, Zaha Hadid’s vision is a fresh take the built environment. The book is a thorough invitation to her imaginative world.