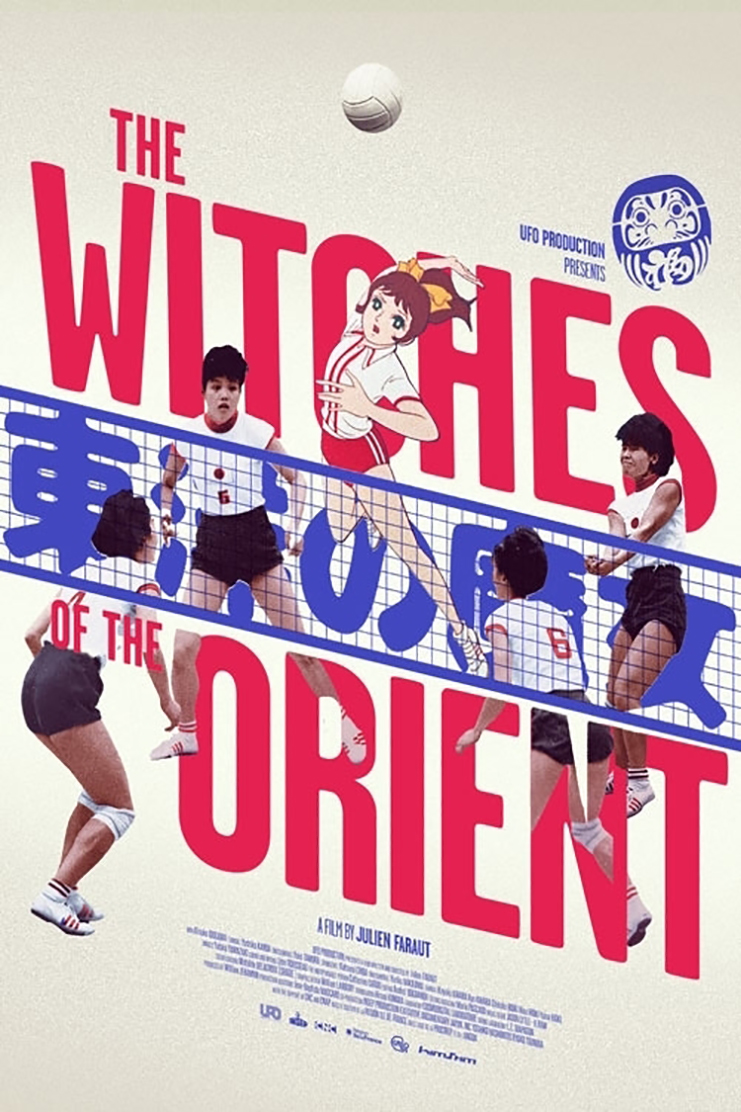 Company sports teams aren’t uncommon. (Microsoft has not one, but two cricket teams.) But in 1960s Japan, being a woman textile worker on a company volleyball team meant more than simply building camaraderie and healthy competition among your coworkers. After long hours of working at the factory, the team’s players – all young women – assemble in the gym. For six evenings each week, the women on the team and their substitutes conduct punishing drills until late into the night. Sometimes their coworkers watch the practice with pained looks on their faces. They earn nicknames for their quirks and performances. Even their coach, who cultivates their fanatical dedication, is nicknamed “The Demon” by outsiders from Japan.

By 1960, Japan was reemerging on the world stage after a traumatic defeat in WWII. The French documentary, The Witches of the Orient, revisits the legacy of the team chosen to represent this new Japan, first in the 1960 Volleyball World Championship and then again during the 1964 Tokyo Olympics.

We then see these same women gathering around a lunch table at the Kyoto Century Hotel. It is 2021, and they are now in their 70s and 80s. The camera makes tight circles around their shoulders as they eat and reminisce about the old days, but as the documentary progresses, the camera moves to the center of the table on a lazy Susan.

The players talk about their namesake as witches. “Us? Witches?” says one. “They do tricks and things, and nobody likes them.” During their world tour, the press had first called them “the typhoon of the orient,” with the joke that the Japanese team would blow away like a typhoon. But their training and devotion to the game had resulted in a sweep of impressive victories over the course of the tour. At the lunch table, one of the players meditates on the term “witch” in a new light, the name suggesting the team had inhuman abilities.

The film is stitched with historical footage of volleyball practice and competitions, as well as other found footage of vintage anime, textile machinery and Japanese Daruma dolls. Much of the soundtrack is a mixture of electronic or industrial music. As the women recount their journey to the deciding match against the favored USSR, the audio feels mesmerizing against the practice footage and factory setting, though it is also a departure from the image of the elderly women having a peaceful lunch.

By the time the Tokyo Olympics came around, volleyball had become an official event. Anime about volleyball was now extremely popular, with themes mainly focusing on the harshness of training, and the need for a secret weapon. Daruma dolls – weighted dolls that bounce back up when you tip them over – had become much of the inspiration behind their training. The players dive back and forth across the court for what seems like endless conditioning. They appear to get themselves back up in the same motion that they dive to the ground. Their movements are rhythmic and fluid.

This documentary’s biggest strength is that it shows the sport of volleyball as brutal, exciting; a sport with high stakes. At the start of the match, the Japanese team and USSR team rush up to the net so the players can exchange autographs. In this case, it’s the geopolitical climate that raises the stakes even more.

At times, the viewer is reminded of the conditions from which the team emerged. One player, Yoko Shinozaki, starts her story by saying she had been born in an air raid shelter. The documentary also tells the story of this underdog team from the players’ voices. The camera feels more like a quiet observer, and allows you to wince when the player’s knees hit the ground, or gasp when they manage to keep an aggressive spike from hitting the court. The collage of found footage provides other cultural information that bridges the gap between time and distance.

This film is currently available to view in theatres or online on virtual cinema.