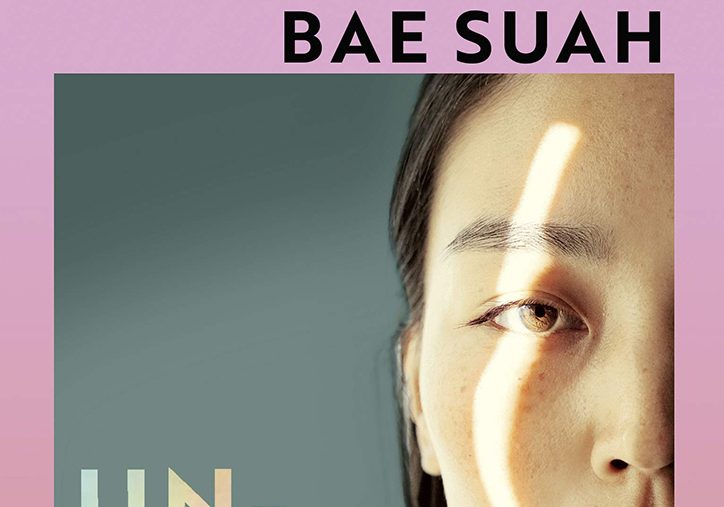 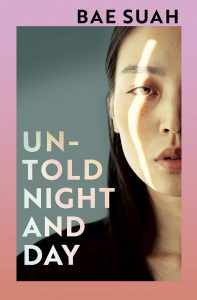 Untold Night and Day, literary icon Bae Suah’s most recent novel to be translated into English, is a vibrant and enigmatic meditation on the nature of existence and what happens when boundaries are dissolved.

In her native Korea, Bae Suah’s oeuvre has long been subject to accusations by critics of being “un-Korean”. Such allegations and not without base, her works tend to buck so-called “Korean” literary themes and conventions, instead highlighting strong-minded women whose place in a traditional society cannot be neatly defined or labeled. In addition to thematic divergence, Bae’s frequent usage of long winding sentences, repetition, and tendency towards the surrealist make her a singular figure in the Korean literary scene.

The protagonist of this story is Ayami, a 28-year old, a law-school dropout former aspiring actress, and current assistant of Seoul’s lone audio theater, an institution set to close its doors. Though soon to be out of work, Ayami seems not to worry for her livelihood, instead blithely content to allow her troubles to remain on standby. In the translator’s notes, Deborah Smith notes that in Siberian shamanism, “ayami is the name for the spirit that enters the shaman’s body and communicates matters of the other world to them.” Over the course of a single night and day in the midst of Seoul’s miserably steamy summer (with air so hot that it “[clags] your pores like the wet slap of raw meat), we follow Ayami as she interacts with various characters also struggling to reconcile dreams and reality, to grasp onto anything tangible (relationships, work) as they navigate between real and unreal.

As the novel unfolds, Ayami and her boss play detective as they search for their missing friend Yeoni before Ayami is to meet a German poet/mystery novel writer at the airport the next day and assist him in his work during his stay in Korea. Throughout the course of the day, she will encounter Buha, a former textile trader and current pharmaceutical delivery man who feels inexplicably connected to Ayami, and poet Kim Cheol-sseok, whose pen name means “the sound of earth being poured into his coffin”.

Bae has never had much use for the artifice of boundaries. Instead, she plays with borders, challenging our expectations and our perceptions. Things are and are not what they seem; though night and day are considered opposites, they exist simultaneously depending on one’s location. After closing up the theater for the last time, Ayami meets her boss, a kindred lost and lonely soul, at a “blackout restaurant,” an establishment operated by the visually impaired at which customers dine in the dark. For the sighted patrons, entry into this new world is unsettling: “they hate to admit it, but most people feel themselves tense up when they stand in front of that door. Some are frightened, some even cry. After all, this is the door to another world, to another form of sensory experience.” Likewise, by inviting them into this new world, Bae means to unsettle her readers.

Untold Night and Day reads as a phantasmagoric fever dream populated by characters whose identities are ill-defined. Characters merge into and form from one another, recalling vestiges of each other and leaving the reader with a perpetual sense of deja-vu (legs with “skinny calves corded with stringy muscle,” a man with “eye sockets were like sunken caves in his gaunt face,” a skirt that “fluttered like an old dishcloth in the alley’s still air” that all appear again and again). Descriptions are kept loose, subject to shifting interpretations.

Repetition of descriptions and images punctuate this hazy novel, lending it the uncanny air of a hallucination. The refrain “Where do we come from? What are we? Where are we going” appears as the title of a book in one scene, the rhetorical refrain of the German detective novel writer, and the title of Kim Cheal-sseok’s photography exhibition. Other refrains (the un-pluggable radio that turns itself on and off, the windowsill candle that melts without ever having been lit, the corpse hidden in the space between ceiling and roof) appear through the novel.

Untold Night and Day might not be considered a typical “Korean” novel, but this lack of a label probably suits Bae just fine.

ABOUT US
Since 1974, it has been the mission of the International Examiner to serve the Northwest’s Asian Pacific American communities by providing accurate, in-depth, timely, and sensitive coverage of issues which affect us.
Contact us: [email protected]ner.org
FOLLOW US
© All Rights Reserved. Made with ♥ by drgdrp