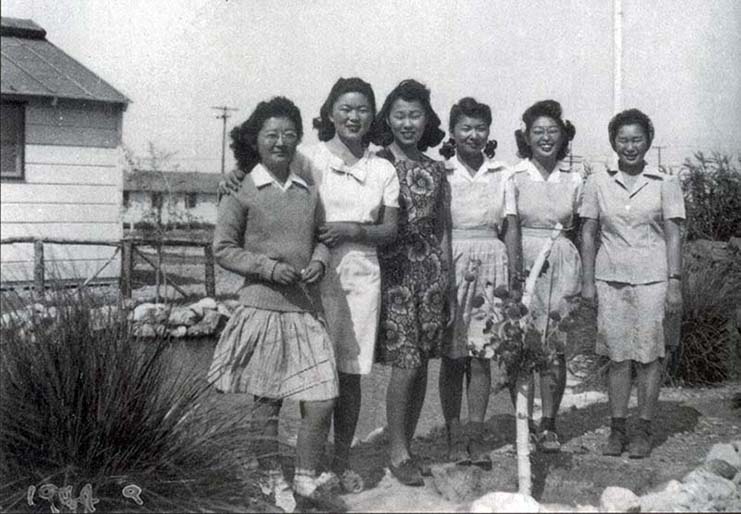 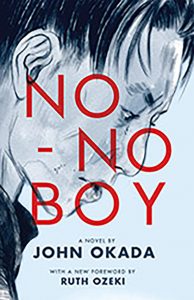 In a previous IE article, I shared stories of No-No Boy’s colorful publication history, including one about how UW Press blew its first chance at the book. After the CARP edition became a hit, they apologized to Wong, and asked for a second chance. Instead, he gave them suggestions of other lost titles to republish. They agreed, beginning a series of Asian American classics that remains successful today, and eventually Wong let them have No-No Boy too.

Today, as another publisher’s misstep brings attention to classic Asian American literature, it’s important to realize there’s much more where No-No Boy came from. I asked some leading writers and scholars to recommend their favorite neglected titles.

Shawn Wong, UW professor and author of Homebase and American Knees, mentioned Louis Chu’s 1961 novel, Eat a Bowl of Tea, adapted for film by Wayne Wang in 1989, which UW Press will reissue in 2020. Writes Wong: “Forgotten and neglected for years until its rediscovery in the early 1970s, it is the first Chinese American novel set in post-WWII New York Chinatown. It unapologetically explores the mostly Chinatown bachelor society as it makes an uneasy transition to a family society despite decades of racist exclusion and immigration laws.”

Edgar Award-winning writer and publisher Naomi Hirahara, author of the Mas Arai series and other mysteries, as well as numerous books on Japanese American history, recommends Kim Ronyoung’s Clay Walls: “This stunning multigenerational tale transports to the early Korean newcomers to Los Angeles. The immigrant stories in particular are memorable.” But she doesn’t stop there: “I read Jon Shirota’s two novels, Lucky Come Hawaii and Pineapple White, in the 1980s, and was completely charmed by his Japanese and Okinawan American characters in Hawai‘i.” She adds, “Jon lives in Southern California, and I’ve been fortunate to see him from time to time. He’s my dear senpai and inspiration!”

Stephen Sumida, emeritus professor at UW, recommends Upon Their Shoulders (1951) by Shelley Ayame Nishimura Ota, whose plot runs “from Japanese immigrants to their grandchildren, telling a sometimes grim story of a Hawai‘i made bearable by legacies of forebears.” Though the novel was acknowledged in the Pacific Citizen before No-No Boy, Ota has been overshadowed for years, despite efforts to bring her unpublished manuscript, “The Palanquin,” into print.

The great Nisei playwright Wakako Yamauchi, who died last fall at 93, was a popular choice. The poet Garrett Hongo, winner of Guggenheim and Rockefeller fellowships and a distinguished professor at the University of Oregon, edited Yamauchi’s Songs My Mother Taught Me: “It is more than half a lifetime of important work by one of the first and most tender-hearted Nisei writers we have. She is kumu mele – my teacher of song. Homage!”

Lillian Howan, author of the novel The Charm Buyers, edited Rosebud and Other Stories, which Yamauchi wrote in her 70s and 80s: “She chose to write these stories in plain language, without artifice. The historical constraints on Wakako Yamauchi’s life – the alien land law, segregation, the internment and its aftermath – restricted the freedom of much of her early years, yet through her writing she transcended these limits and brought to literary life the world of Nisei: their secret longings, hardships, and irrepressible humor.” 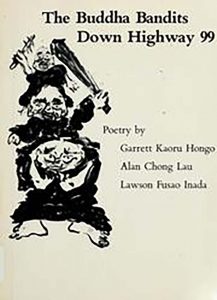 The IE’s own Alan Chong Lau, poet, painter and arts editor, cowrote The Buddha Bandits Down Highway 99 with Hongo and Lawson Inada in 1978. Lau has a “pet peeve” with people who dismiss children’s literature. “When done right, books for kids are the most revealing,” he says. “As noted children’s author Laurence Yep used to say, ‘You can’t snow kids!’” He suggests West Coast Chinese Boy, Sing Lim’s autobiographical vision of a 1920s Vancouver boyhood. “With moving text and wonderful, vivid color drawings, his community and its inhabitants come alive,” he says. Lim “paints a picture of a community now engulfed with redevelopment and gentrification. When you open up a kid’s picture book, a whole new world opens up – it’s a miniature art show for the little ones found between hard covers. I can get lost in that world.”

Smith College’s Floyd Cheung, who edited a number of early Asian American titles, is currently shopping a manuscript by Munio Makuuchi (born Howard Takahashi), a Seattle-born poet and printmaker who taught at universities in Wisconsin and Nigeria: “Deeply affected by his childhood incarceration at Minidoka during World War II, Japanese American artist Munio Makuuchi created numerous prints and a 258-page, unpublished collection of poetry entitled From Lake Minidoka to Lake Mendota and Back to the Northwest Sea.” This fall, the Smith College Museum of Art will host an exhibition, Defiant Vision, featuring Makuuchi’s art and poetry side-by-side.

The historian Greg Robinson, who teaches at l’Université du Québec À Montréal and writes a column for Nichi Bei, has recovered a number of early Japanese American works. He’s particularly fond of Ayako Ishigaki’s 1940 Restless Wave, which Mitsuye Yamada, author of Camp Notes and Other Writings, called “extraordinary.” Of more historical than literary value, Robinson says, are Karl Nakagawa’s The Rendezvous of Mysteries (1928) and Transpacific Wings (1935), James Hamada’s Don’t Give Up the Ship (1933), and The Bandit Prince (1926), by the movie star Sessue Hayakawa. He rates more highly two books about Japan, Sumie Seo Mishima’s My Narrow Isle (1941) and Horizon Is Calling (1947), by the illustrator Taro Yashima, as well as A Brother Is a Stranger (1946), about author Taru Matsumoto’s experiences on both sides of the Pacific.

Tacoma’s Tamiko Nimura, a writer, public historian and community journalist, edited the American Book Award-winning Swimming in the American by Hiroshi Kashiwagi, her uncle. She writes: “Like Okada’s novel, my uncle Hiroshi Kashiwagi’s story is one of resistance that many have not heard and do not want to hear.” A playwright and actor active in the postwar period, Kashiwagi subsequently published three more collections of poetry, stories, and plays, and was invited to a literary event at the White House by Barack and Michelle Obama in 2011.

In addition to working with Wong on an upcoming reissue of Aiiieeeee!, the University of Oregon’s Tara Fickle has written a new introduction to Hiroshi Nakamura’s Treadmill, a “genre-bending ‘documentary novel’” written in camp that she calls “resolutely honest”: “It captures the endless bureaucracy governing daily life for internees, turning even minute, mundane tasks – whether finding a broom or having a shower – into a nightmare of paperwork and lines. And it gives us a glimpse into the terror many felt, not despite but even because of this bureaucratic banality, including early fears that the ‘mass relocation’ might merely be a euphemism for something much more sinister awaiting the ‘evacuees.’”

Juliana Chang of Santa Clara University edited the collection Quiet Fire: A Historical Anthology of Asian American Poetry, 1892-1970, published in 1996 by the Asian American Writers’ Workshop in New York City. She explains, “I wanted to bring early Asian American poetry by writers like Sadakichi Hartman, Yone Noguchi, Toyo Suyemoto and Diana Chang into greater historical, intergenerational, and current conversation with readers and writers about modernism, experimental writing, aesthetics, politics, and racial and ethnic formations. These early writers speak to us and we speak back to them as well.”

Indiana University’s Cynthia Wu writes brilliantly about No-No Boy in her most recent book, Sticky Rice: A Politics of Intraracial Desire. Wu recommends Hualing Nieh’s Mulberry and Peach: Two Women of China, published in China in 1976 and later translated into English: “It features a protagonist with multiple personalities, one named Mulberry and the other Peach. She is an undocumented immigrant in the United States who is constantly evading authorities while in conflict with herself as the two personalities struggle with each other for dominance.”

The writer, artist, and bibliophile Patricia Wakida edited Unfinished Message: Selected Works of Toshio Mori for Heyday Books. She recommends R.A. Sasaki’s The Loom and Other Stories, another relatively recent text, about three generations of a Japanese American family: “The book is a nuanced and layered examination of the past and present, with great attention to language, attitudes, and the personalities of its characters, particularly the women.” She was recently reintroduced to Sasaki through an oral history project preserving memories of the U.S. concentration camp at Topaz. “It is obvious in reading these recent non-fiction pieces that she has an incredible gift for language and in capturing the tension of great storytelling,” Wakida says, adding that she hopes not only that The Loom will go back into print, but that new books by Sasaki will appear too.

Plenty of important writers from the 1970s, some still active, deserve greater attention, like Janice Mirikitani and the late Al Robles. Juliana Chang adds two more, from a vibrant scene of 1970s lesbian feminist writers — Kitty Tsui and Willyce Kim. UCLA distinguished professor of Japanese American studies, Valerie Matsumoto, suggests Newbery-winner Cynthia Kadohata’s 1989 novel for adults, The Floating World; her follow-up, In the Heart of the Valley of Love, is excellent too. Hirahara and Patricia Wakida put in a word for Fae Myenne Ng’s 1993 debut, Bone, raising another question: what are the best works of contemporary Asian American literature that aren’t getting their due? That’s another long list in itself.

CARP set the standard for literary recovery efforts in the 1970s, through their 1976 anthology, Aiiieeeee!, and a 1991 sequel, The Big Aiiieeeee! The UW Press booklist Wong inspired is unsurpassed, including Carlos Bulosan’s America Is in the Heart, Miné Okubo’s Citizen 13660, Toshio Mori’s Yokohama, California, Bienvenido Santos’s Scent of Apples, and others. More recently, Penguin Books has helped make important Philippine texts available to U.S. readers, including new translations of José Rizal’s novels, and valuable collections by Nick Joaquin and the New York-based José Garcia Villa championed by Elda Rotor.

Kaya Press, an independent publisher known for cutting-edge contemporary writing, reprinted Younghill Kang’s East Goes West, and H.T. Tsiang’s The Hanging on Union Square – both of which have been reissued by Penguin – as well as Tsiang’s And China Has Hands, and The Anchored Angel: Selected Writings by José Garcia Villa. Kaya’s Lament in the Night collects two works by the immigrant novelist Shōson Nagahara, translated from the Japanese by Andrew Way Leong. Other publishing outfits known for working with older writers include the Asian American Curriculum Project of San Mateo, CA, and UCLA’s Asian American Studies Center, whose editions of important works by Al Robles and Toshio Mori are now out of print.

Unfortunately, many of these rediscovered titles have fallen back out of print, and even more recent works sometimes need to be recovered. While working on his doctoral dissertation, Calvin McMillin came across an unpublished manuscript by Frank Chin, since published as The Confessions of a Number One Son (University of Hawai‘i). CARP’s Aiiieeeee! is set to be reprinted by UW Press this fall – ironically, after Penguin reverted the rights back to Wong! – along with a website by Tara Fickle, featuring never-seen archival materials.