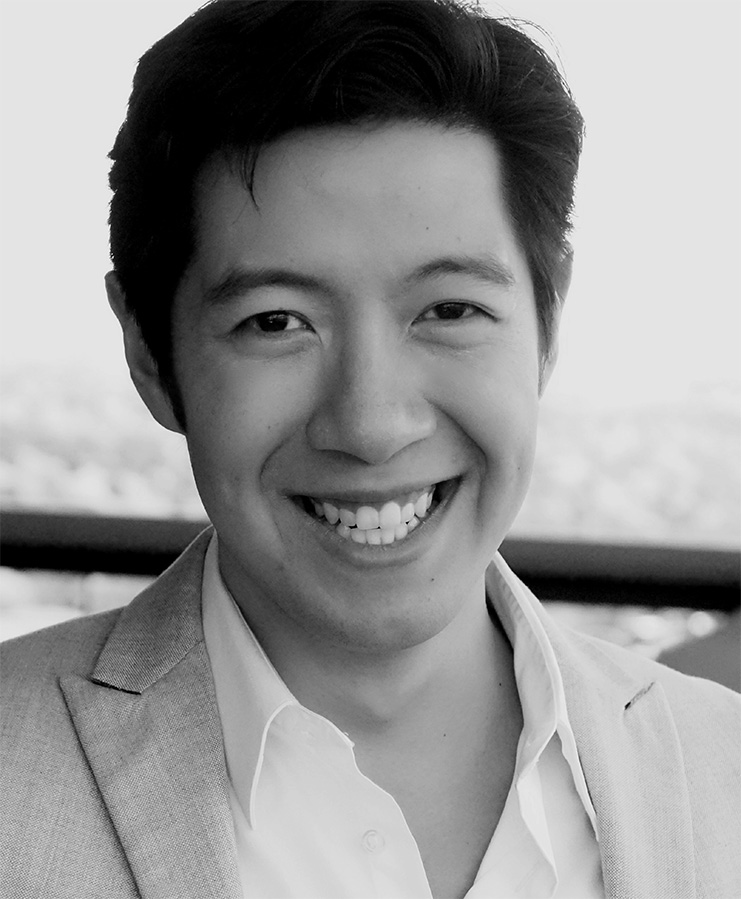 Apple has long been an enigma of a company, complete with devoted customers and diehard fans, as well as the notoriety of Steve Jobs, former chairman, CEO, and co-founder. And now Seattle Opera is presenting a new opera focusing on Jobs’s fascinating persona: The (R)evolution of Steve Jobs is making its West Coast debut, and features music by Mason Bates and a libretto by Mark Campbell.

Included in this opera is the character of Kobun Chino Otogawa, portrayed by opera performer Adam Lau. Described by Lau as one of Jobs’s many “surrogate father figures,” Otogawa played an influential role in Jobs’s development. “Kobun provides Steve with a moral compass,” said Lau.

But Otogawa did more than that. “Digging deeper into this character, I actually discovered that without Kobun we might have been living in a world void of all Apple products,” Lau said. “In fact, it was Kobun who dissuaded Steve from becoming a monk.”

Lau believes that Otogawa helped provide the balance that made Jobs successful. “Along his path, Kobun helped Steve excel into the world of everything Apple,” Lau said, “while still maintaining the tenants of Zen Buddhism and its very minimalistic, pure ways.”

Lau’s path into opera performance was circuitous. “I’m one of those musical theater kids that resisted opera,” he said. “I had this false impression of it being a very boring art form.”

Then Lau was offered a scholarship to study classical music at Whitman College. “As I became more educated about what opera really represented, I realized that opera and musical theatre is really one and the same,” he said. “They are just in different languages.”

Lau doesn’t regret his late start in training for opera. “In hindsight, that’s great for a bass because our voices take the longest to fully physically maturate,” he said. “By the time I entered a graduate program, I was in my mid-twenties.”

He feels gratitude at the opportunities he has had to perfect opera performance at its root. “Looking back, I’ve been very fortunate to have had some incredible training at places such as Music Academy of the West, the Aspen Opera Theatre Center, San Francisco Opera’s Merola program, Florida Grand Opera, and Rice University’s Shepherd School of Music,” Lau said. “Besides being in those programs, I’ve had fairly extensive study in languages and spent some time in Italy!”

The biggest challenge in building his opera career has been time and the slowness of the bass vocal quality to develop. “This doesn’t mean that you can’t be gainfully employed singing while your voice is growing,” he said. “It just means that the voice will not be singing the fully mature bass repertoire until later in life, your forties and fifties.”

Lau tries to focus on the upside to this challenge. “Waiting to sing that type of rep can definitely be frustrating when you see colleagues of similar age ranges singing their full tenor, baritone, mezzo-soprano and or soprano repertoire,” he said. “However, you learn a lot along the way.”

This slow development also leads to better vocal sustainability. “If you go too big too soon, you will cut your voice’s life in half,” Lau said. “It’s simply too much pressure on the vocal cords.”

Lau finds that a more varied performance repertoire yields better results. “Like with everything else in life, the voice needs balance and moderation,” he said. “Concert and recital rep provide that balance for me. It keeps the voice in shape by working out the instrument in more agile, flexible ways. Just like as we age, maintaining pliability in the voice is very important to the longevity of a vocal career.”

Another challenge faced by most opera performers is constant touring and travel, but Lau is happy to be performing at Seattle Opera for a full three months. “Seattle has become a sort of home away from home for me,” he said. “Knowing that I’d be up here for three months meant first and foremost stability. Staying in Seattle for a quarter of the year means that I don’t have to live out of a suitcase every few weeks.”

Lau advises that the best way to combat these challenges is to focus on the work. “Have patience and just focus on singing well,” he said. “Don’t compare with other singers because it’s easy to let insecurities take hold.”

Keeping a positive attitude is important to Lau. “Celebrate other’s successes and don’t feed into jealousy,” he said. “If you start to feel jealous or insecure, click ‘unfollow’ on their profile page. You all know what I’m talking about!”

Mostly, he recommends that aspiring performers just keep going. “Careers are not built off of luck,” he said. “They’re built off of people who have prepared for when opportunities come knocking.”

And Lau’s excitement about this new opportunity is palpable. “I love new operas!” he said. “It’s so exciting being a part of something for the very first time.”

Being selected to sing the role of Kobun Chino Otogawa is a highlight of Lau’s career. “Because Steve Jobs is such an icon, there is an instant immediacy with this piece!” Lau added. “It’s hard to imagine a world without Steve Jobs and Apple.”