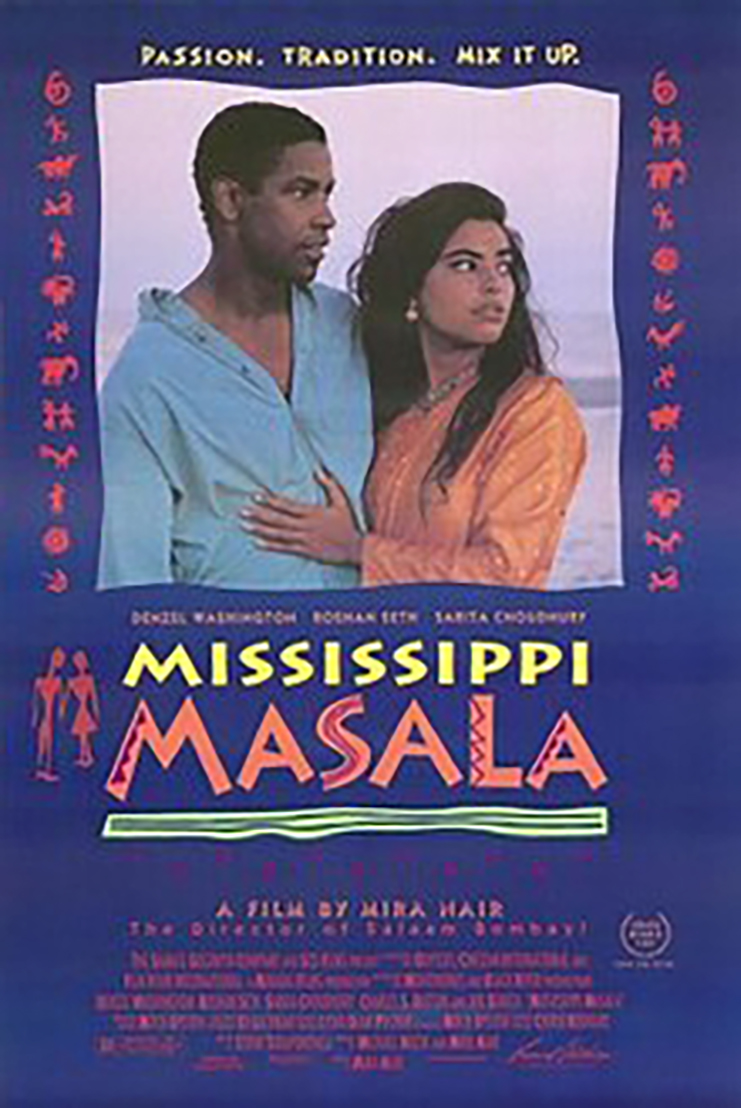 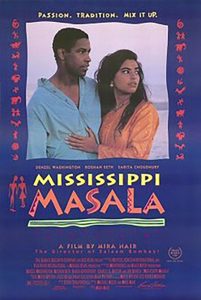 When Mississippi Masala hit the big screen in 1992, it was a historic moment for South Asians in the United States. Not only were we seeing ourselves on American big screen, but talented Indian actors like Roshan Seth and Sharmila Tagore were in American mainstream theaters everywhere. Newcomer Sarita Chowdhury lit up the screen and was paired romantically with none other than Denzel Washington. I remember every moment of that experience from my graduate student days in Lafayette, IN. The 30th Anniversary re-release is just as captivating, relevant and timely.

The film, scripted by Sooni Taraporewala, tells the story of a Ugandan Indian lawyer, Jai (Roshan Seth) , who is expelled from Uganda in 1972 during the Idi Amin regime. Jai sees himself as Ugandan and is indignant about the expulsion because he has fought for the rights of Ugandans in his career. When he lands in jail for a provocative interview on BBC, his friend Okello bails him out. Okello, who is called Chachu (“uncle” by Jai’s daughter Mina) tells Jai to leave because “Uganda is for Africans, Black Africans,” and that Jai does not belong there.

The family—Jai, Kinu (Sharmila Tagore), and young Mina (Saira Nair)—leave Uganda and end up in Greenwood, Mississippi, in a family-run motel. They are dependent on their extended family for housing in the motel and Mina (Sarita Chowdhury), now a beautiful 24-year old, cleans motel rooms, Kinu runs a liquor store with capital from the family, and Jai spends hours each day writing letters to the Ugandan government claiming his rights and property.

Mina literally runs into Demetrius (Denzel Washington) in a fender-bender and a romance develops. The Indian community and her parents oppose the relationship. The power of the Indian-American community in the small business world ruins Demetrius’ carpet cleaning business and the Black community rejects the relationship as well. The film, as is typical of the romantic comedy genre, moves toward a hopeful resolution for Mina and Demetrius.

The film’s power is in its deep exploration of the narrative of dislocation and re-settlement for South Asians expelled from Uganda. What does home mean? What does it mean to identify as Indian when your family left India generations ago to build railroads in East Africa? For Jai, Uganda will always be home and for Mina, identity is a masala or a spice mix, where disparate elements combine to make a new flavor blend.

The film resonates with us today because of its unflinching look at race relations. The narrative underscores the anti-Black sentiments prevalent in the Indian-American community and through Jai demonstrates the complexities of interpersonal relationships with Black people and its attendant blindness to class matters. The Indian community’s colorism and its connections to racism, while scripted comically through gossiping community members, are also an important critique of the community’s insularity. The film also speaks to the xenophobia and orientalism strongly present in the Black community, and the end offers hope for a transcendence of racial differences and prejudices.

Mississippi Masala’s 30th anniversary re-release is visually stunning, and the film uses music to highlight its themes of cultural blending. Even in 2022, it is powerful to have South Asian representation on screen and to see a film that promotes inter-racial relationships. In the 30 years since the original release, we have experienced so much trauma—9/11, xenophobia, police brutality against African Americans—and this film remains both politically relevant and hopeful.